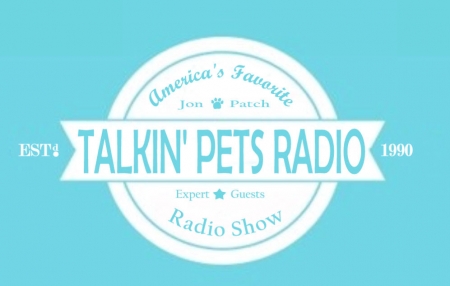 Lions are getting pregnant and the waterbuck population is soaring at one of Mozambique's main
national parks, once the scene of fighting during a civil war which virtually wiped out the park's lions,
elephants and many other species.
The 15-year conflict that killed up to 1 million people ended in 1992, and some former battlefield foes
are now working together as rangers at Gorongosa National Park, where foreign donors and
conservationists helped launch a turnaround on a continent accustomed to bad news about wildlife
welfare.Still, the park remains vulnerable to poachers and other problems. Tourism dropped in 2013 and 2014
during sporadic violence linked to the rival factons.
The civil war began in 1977 after Portugal's exit from Mozambique. Fighters killed Gorongosa's
elephants for their ivory and slaughtered other animals, emptying a once-teeming landscape.
Widespread poaching continued after a peace deal.Today, there is a lot to see, thanks largely to a 2008 deal in which a non-profit group founded by
American philanthropist Greg Carr pledged at least $1.2 million annually towards restoration of the area
for 20 years. More funding came from European governments, the United States Agency for
International Development and other donors.The estimated elephant population went from 2,500 in the early 1970s, to fewer than 200 in 2000, and
more than 500 in 2014. Similarly, researchers have counted nearly 60 lions, double the number a few
years ago, but below the estimated 200 in 1972.The wildlife resurgence has led to new challenges, including conflict between villagers and elephants
encroaching on farmland.

Zoo elephants in Berlin, Germany have enjoyed a light festive snack: a late delivery of Christmas trees.
The New Year feeding of unsold pine trees has become an annual event. Zookeeper Mario
Hammerschmidt says the trees are certified as pesticide-free.
Hammerschmidt said that the trees are "a good supplement to the food the elephants get during winter
time."The elephants also used the greenery to scratch themselves after keepers put them in the enclosure.
But with snow on the ground and temperatures below freezing at the Tierpark, one of two zoos in the
German capital, the feast didn't last long.

Legal battle over Monkey snapshots... yes this what we are wasting your tax dollars on....

A macaque monkey who snapped clear, perfectly framed selfies that would have made the Kardashians
proud still cannot own a copyright to the photos because it's an animal, not a human, a federal judge
said.U.S. District Judge William Orrick said that Congress did not extend federal copyright law to animals.
That means the monkey cannot control the rights to the photos and profit from their distribution.The ruling came in a novel lawsuit filed last year by People for the Ethical Treatment of Animals that
sought a court order allowing PETA to represent the monkey and let it administer all proceeds from the
photos for the benefit of the monkey, which it identified as 6-year-old Naruto, and other crested
macaques living in a reserve on an Indonesian island.The photos were taken during a 2011 trip to Sulawesi by British nature photographer David Slater. The
monkey took the photos by "purposely pushing the shutter release multiple times, understanding the
cause-and-effect relationship between pressing the shutter release, the noise of the shutter, and the
change to his reflection in the camera lens," PETA said in its lawsuit.Slater said he was the brains behind the photos, setting up the tripod the camera was on and positioning
and holding it throughout the shoot. He said the British copyright obtained for the photos by his
company, Wildlife Personalities Ltd., should be honored worldwide. He moved to have PETA's lawsuit
dismissed, arguing that "monkey see, monkey sue is not good law.""A monkey, an animal-rights organization and a primatologist walk into federal court to sue for
infringement of the monkey's claimed copyright," his attorneys wrote in court documents. "What seems
like the setup for a punchline is really happening."PETA also named as a defendant Slater's San Francisco-based self-publishing company Blurb, which
published a book called "Wildlife Personalities" that includes the "monkey selfie" photos.
The photos have been widely distributed elsewhere by outlets, including Wikipedia, which contend that
no one owns the copyright to the images because they were taken by an animal, not a person. Slater has
said he is exploring legal action against some of those outlets.Jeff Kerr, general counsel for PETA, said the organization will continue fighting for the monkey's rights.
"Despite this setback, legal history was made today because we argued to a federal court why Naruto
should be the owner of the copyright rather than been seen as a piece of property himself," Kerr said.
"This case is also exposing the hypocrisy of those who exploit animals for their own gain."-----------------------

A North Dakota man who allegedly planned to dognap Bo – one of the White House pooches – was
arrested in Washington D.C. this week, according to court documents.Scott Stockert was charged after Secret Service agents were alerted that a man was intending to steal
the Portugese water dog. The first family has two water dogs, Bo and Sunny.Stockert’s car was found to contain a 12-gauge shotgun and a black bolt action rifle, as well as over 300
rounds of ammunition. He was arrested at a Washington hotel and charged with illegally carrying a rifle
or shotgun outside a home or business.“You picked the wrong person to mess with,” Stockert reportedly told police. “I will f--- your world up,”
he said, before later claiming he was Jesus Christ and that his parents were John F. Kennedy and Marilyn
Monroe.Online court records show Stockert was ordered released from custody Friday but must wear an ankle
monitor.The first family's search for a dog to join them at the White House was widely publicized. On election
night in 2008, then President-elect Obama said that his daughters, Sasha and Malia, had "earned the
new puppy that's coming with us to the White House."  Bo, a male Portuguese water dog, joined the
family in 2009 and was a gift from then Massachusetts Sen. Ted Kennedy. Sunny, a female Portuguese
water dog, joined the family in 2013.
--------------------

This week in social media, Talkin Pets Radio posted some great content for you... A story that stirred up one listener was a post on a recent study reporting that second hand smoke is
bad for your pets... I kinda think we knew that!!! The commenter brought up some good points!! As
always your comments are always welcome on our posts and encouraged.We posted a three videos this week, one was heartwarming, one was a little sad and the other was over
the top...
Let’s start with over the top... in the short cat mask vide a man is wearing a cat mask on his face... when
he turns to face a room full of kitties the reaction is startling to say the least... The sad video shows the destruction of a couch... we have all been there... a pet destroys something and
we find it coming home... well this pup looks so stuck and so guilty...Lastly we end with a the hero beagle who pretty much thinks his owner is drowning... she leaps into
action to save her loved one... a must watch!!!If you missed any of these great posts make sure you head over to your social media platform of choice
and search for Talkin Pets Radio to see the great stuff. And as always you can reach our facebook &
twitter pages by heading over to our web site: talkinpets.com t-a-l-k-i-n pets.com links are on the top of
the home page.
-------------------

We have 688 guests and no members online