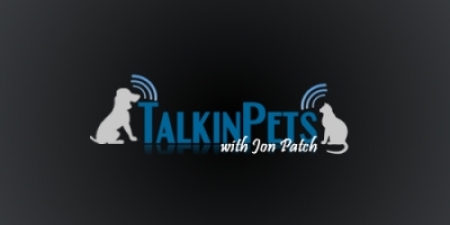 TIH
1952, the Kentucky Derby was televised nationally for the first time on CBS; the winner was Hill Gail.
The Kentucky Derby race for three-year-old Thoroughbreds, held annually in Louisville, Kentucky on the first Saturday in May. It is the first leg of the US Triple Crown and is followed by the Preakness Stakes and what other horse race????
1991, the last episode of the original "Dallas" TV show aired on CBS. The original Dallas was a long-running prime time television soap opera on CBS... The show was famous for its cliffhangers, including the Who shot J.R.? mystery.. The series revolved around a wealthy and feuding Texan family... Name that family??? Last name only....
CREW
Jon Patch - Host
Barry Siebold - Vet Technician/Co Host
Amanda Page - Reporter/Producer
Bob Page - Executive Producer
Special Guests:
Karen Patry author of "Raise Your Rabbit-Raising Know-How" will join Jon and Talkin' Pets at 5 PM EST 5/3/14 to discuss and give away her new book
ADI President Jan Creamer will join Jon and Talkin' Pets Saturday in the 5 PM EST hour to discuss the conditions of a Brutal Monkey Farm located in Florida-----------------------------Squirrel goes nuts on teenager taking selfie...A photo op with a squirrel that went awry has left a teenager flustered but unhurt.Seventeen-year-old Brian Genest said he saw what appeared to be a friendly squirrel on a hand rail while walking through John Chestnut Park near Tampa, Florida. He was on a trip looking at colleges.Genest took a selfie of himself and the squirrel. But the flash and noises from his camera phone scared the squirrel, which climbed under his shirt and hung onto his back before scampering out.Genest's mother, Paula Wright, snapped photos of the hoopla, originally posted to his Instagram feed along with his selfie.Genest had approached the squirrel making clicking sounds with his tongue to get closer. His mother said the spectacle taught him a lesson.

She said neither her son nor the squirrel was harmed.
-------------------Whale washes up in New Jersey, gets graffiti tagA dead Minke whale that washed ashore in New Jersey suffered some further indignity: someone tagged it with graffiti.The whale, which was roughly 12 to 15 feet long, was discovered this week below Atlantic City's Central Pier.Police say the purple markings are not gang-related and appear to be Greek letters.The letters appeared to be Tau Epsilon Phi, a fraternity that has chapters at several area schools, followed by what looked like "94."Spokesman Jesse Cohen says while it has not been confirmed that Tau Epsilon Phi members were involved, the fraternity considers it a "reprehensible act" contrary to its teachings and is cooperating with authorities.A state pathologist will try to determine the cause of death.
----------------------------------Doggie dope??? Some say marijuana edibles may help ailing dogs and cats, just as they do in humans...One woman who started a “pot doggie biscuit” business says that, in safe doses, it works wonders.They look like your typical doggie biscuit. But these treats are much more than just a tasty snack for your pooch.Christine Kithcart, owner of Chrissy’s Kitchen, says she`s been perfecting marijuana treats for dogs and cats for nearly a decade. It started when her beloved dog Pepe — who suffered from seizures and arthritis — accidentally ingested some medical marijuana.“One day Pepe got a hold of the crumble of a cookie that Doug accidentally dropped, and for two days after that he (Pepe) didn’t have a seizure,” Kithcart said.After discovering what she calls a miracle in a biscuit, Kithcart launched Chrissy’s Kitchen, selling dog and cat ‘medibles’ to local dispensaries — which, in turn,  sell the treats as novelty items. She insists the low dosage in the treats won’t harm pets.

Kithcart says she knows there will be critics, but she’s moving forward with her biscuit business.

And who knows, maybe the secret ingredient isn’t the pot — it’s just a lot of love. “They deserve the same quality of life as we do. They deserve to be loved, treated fairly and given something organic that`s going to help them,” Kithcart said.Vets say it’s still a very new idea and that large doses of marijuana may be harmful to your pet. And if you’re going to feed your pet “medibles,” don’t be afraid to tell your vet. They say full disclosure is crucial and that way they can help monitor the effects and best serve your dog or cat.------------------------------Wild Things... 3 Pets That Influenced Rock and Roll Icons"It is a daily struggle for me not to buy more cats," Taylor Swift has tweeted, but the pop singer still hasn't written a song about any feline. Some rock stars, however, have shown their devotion to their pets by making them immortal through song, or on an album cover or in a video. Here are 3 of the most famous rock pets... not to be confused with pet rocks.Freddie Mercury - Freddie Mercury paid tribute to his favorite cat with the song "Delilah" on Queen's album Innuendo: "You make me so very happy/ When you cuddle up and go to sleep beside me/ And then you make me slightly mad/ When you pee all over my Chippendale suite." (Remarkably, the song hit Number One in Thailand.) Mercury spent hours with watercolors trying to paint a portrait of the tortoiseshell Delilah — and when he was dying in 1991, one of his final actions was stroking her fur.

Elton John - In recent years, Elton John has owned a small army of dogs: over 20 of them, including an Irish wolfhound, a Labrador and nine or 10 border terriers. But when he had a civil partnership ceremony with David Furnish in 2005, reportedly only one canine served as honorary best man: Arthur, their cocker spaniel. Arthur also received a credit the following year on Sir Elton's album The Captain and the Kid, for "woof-bells."Paul McCartney - "Martha My Dear," on the Beatles' White Album, is about an Old English sheepdog, his first-ever pet, not a human girl. "Our relationship was platonic, believe me," Paul McCartney joked. "I remember John being amazed to see me being so loving to an animal. He said, 'I've never seen you like that before.' I've since thought, you know, he wouldn't have. It's only when you're cuddling around with a dog that you're in that mode, and she was a very cuddly dog."
-------------------------
All Aboard! Amtrak Now Accepting Pets on Some Trains

Pets have long been permitted to fly with their owners on many airlines, either in a secure carrier under a passenger's seat or as cargo. Now Amtrak wants to allow passengers to bring their dog or cat on train trips.Beginning May 5, pet owners will be able to travel with their furry friends on specially designated train cars on Amtrak's Illinois Zephyr and Carl Sandburg trains between Chicago and Quincy, Ill. — a 4 1/2-hour train ride. It's part of a six-month trial program that, if successful, may roll out nationwide.

This is the first time Amtrak is allowing pets that aren't service animals to travel in the passenger cabin, said Amtrak spokesman Marc Magliari. Previously, Amtrak carried pets "in the baggage cars of some of the trains," but that ended in the late 1970s, he said.Service animals currently are welcomed aboard Amtrak trains at no additional charge.The way it works is similar to air travel: For a $25 fee, passengers will be able to travel with dogs and cats up to 20 pounds. Pets must be secured in carriers such as those used aboard airplanes and placed under the seat.

More than 2 million pets and other live animals are transported by air every year in the U.S., according to the Department of Transportation.