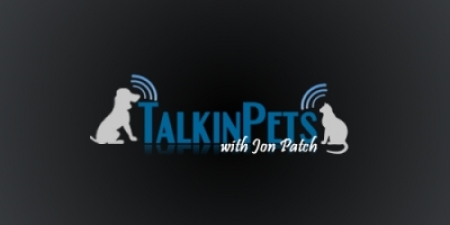 2012: With a blinding flash and a booming shock wave, a meteor blazed across Russia's western Siberian sky and exploded, injuring more than 1,000 people as it blasted out windows.

1965, Canada's new maple-leaf flag was unfurled in ceremonies in Ottawa.

True or false: Westminster pre-dates the invention of the light bulb and the automobile, the building of the Brooklyn Bridge and the Washington Monument, the invention of basketball and the establishment of the World Series.

The first telecast of Westminster was three years before "I Love Lucy" premiered. What year was that?

Amanda Bird already was missing her Australian shepherd puppy Sammy when she arrived for the Sochi Olympics.

Then her first sight stepping out of the airport was of one of the many stray dogs around the Olympic Park in Adler and even here in the mountains whose safety has become a cause among animal rights supporters and some athletes such as American ski slopestyle silver medalist Gus Kenworthy.

Kenworthy is arranging for a litter of four puppies to return with him to the United States for adoption. Bird, U.S. press officer for bobsled/skeleton and former athlete in those sports, also plans to adopt a dog, sparing it from exterminators hired by the government to rid the Olympic area of pets left behind when families were forced to move for construction and a population swelled by lack of spaying and neutering.

Bird first read about the plight of the dogs in the newspaper then made contact with a dog shelter attempting to save as many animals as possible.

“I got in touch with them, and they’ve been wonderful to work with,” Bird said. “They are just very excited to have someone inquire about it, and they’re willing to work with me through the process. I plan on going on Monday to the shelter and bringing one of my co-workers with me because I’m sure it’s going to be really difficult to walk in and see 100 dogs and be like which one.

“I’d like to take an older dog because those are the dogs that usually aren’t adopted. Everyone up here will adopt a puppy. Right now I’m running into some issues because I can’t take the dog on the charter flight so I need to figure out how to get the dog to Munich. When I get to Munich, I can check the dog in with me or carry it on.”

Bird, who also has a cat at her home in Clarksville, Tenn., ran the idea of adopting a dog to her husband Jason Hartman by e-mailing him the newspaper story with “souvenir” in the subject line. Hartman is a trainer for skeleton slider Noelle Pikus-Pace.

“He responded and said we’ll name her Sochi,” Bird said. “Right then I was like alright, he’s in.”
Bird is so passionate about animals that she cried over leaving Sammy behind to come here. When she is on Skype with her husband, she wants to see her dog to know how she’s doing and growing.

“I’m not trying to make a statement, I just want to bring a dog home,” she said. “I’ve been amazed how much people have been coming up to me and asking me about it.

“I need a billionaire who has a plane who’s willing to let me take 100 dogs on the flight with me back to the U.S. When the lottery gets above $50 million, we play. I always tell my husband if I ever hit the lottery, we’re going to buy acres of land and we’re going to save horses, save dogs. I don’t care where they’re from. I’m just one of those ridiculous people.”

The Westminster Kennel Club Dog Show, which held its Best In Show competition last Tuesday night at Madison Square Garden, has been running for 138 years, making it the second longest continuous sporting event in America. Only the similarly animal-powered Kentucky Derby has been at it longer.

It’s not quite sufficient to say that Westminster has been slow to modernize. Recent changes aside, it has steadfastly resisted anything that even looks like change for years. But this year's event included "mutts" --i.e. non-purebred dogs-- which qualifies as a veritable breakthrough by Westminster standards. Sure, the non-purebreds were relegated to the agility contest and barred from the Best In Show beauty contest, but this was a real ideological shift all the same. Fifteen mutts participated against more than 200 purebreds in the agility round, which was eventually won by a purebred border collie named Kelso.

Westminster’s winning dog gets to play tourist in Manhattan on the day after the big win. It is tradition that the Best In Show winner enjoys lunch at the famous Theater District restaurant, Sardi’s. In 2012, the city’s Department of Health threatened to put a stop to the practice, as it breaks a rule against animals in restaurants. At the last minute, Mayor Bloomberg and his health commissioner reached an agreement and allowed the Best In Show lunch date to go forward.

RAT TERRIER (Terrier Group)
Beyond being a farm dog, Rat Terriers have proven themselves to be a versatile, multipurpose breed with a playful, happy-go-lucky attitude. They are an all-in-one dog-able to do virtually anything they are trained to do-and they are easily trainable and exceptionally intelligent. They excel in conformation, agility, obedience, rally obedience, terrier racing, earthdog, barn hunt and lure coursing. They are capable of hunting rodents and vermin above and below ground. They make fine therapy and service dogs. And they are loyal friends and companions-especially for families.


PORTUGUESE PODENGO PEQUENO (Hound Group)
The smallest of the Podengo family, this active rabbit hunter has a history that goes back to antiquity. He is still used today by avid huntsmen in his native Portugal. To manage the terrain in different parts of Portugal, the Portuguese Podengo Pequeno come in two coat varieties, smooth and wire. The word Pequeno means small or miniature. He is the smallest of three sizes... Grand, Medio and Pequeno. The Pequeno is the only of the three that should be longer than tall. With proper socialization this intelligent breed is a delightful companion and willing participant in agility, obedience, hunting and lure coursing, as well as conformation.


CHINOOK (Working Group)
Developed in New Hampshire in the 1920s, the Chinook is a true American breed. In 2009, the Chinook was named New Hampshire's State Dog. Chinooks are highly trainable, intelligent, athletic, working dogs that excel in obedience, agility, therapy work, tracking, and lure coursing, as well as dog powered sports such as sledding, bikejoring, scootering, and carting. Above all, the Chinook is cherished as a loving companion, happily going wherever the family ventures. Chinooks require only an occasional bath, brushing, and toenail trimming. Chinooks are a healthy, robust breed with a life expectancy of 12 to 15 years.

The 2014 Best In Show Trophy was awarded to "GCH Afterall Painting The Sky" a.k.a. "Sky," a Wire Fox Terrier.