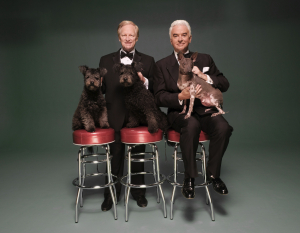 HOW DO THE MOST POPULAR BREEDS FARE

WHEN DOG SHOW JUDGES DO THEIR THING?

Breed Popularity not a Factor in Who Gets the Ribbons

PHILADELPHIA, PA (November 18, 2022) This year, the National Dog Show will be hosting will host over 1,800 dogs representing 194 different breeds and varieties of dogs and while the public likes their Goldens and their Labs, dog show judges rarely agree.

The big weekend is is upon us, Saturday, Nov. 19, and Sunday, Nov. 20 at the Greater Philadelphia Expo Center in Oaks, PA. The Saturday show is The National Dog Show Presented by Purina, taped by NBC for air onThanksgiving Day from noon-2 p.m.in all time zones to an anticipated total audience of over 20 million.

However, a breed’s popularity does not necessarily translate in the show ring.  The Labrador Retriever has been the number one-ranked dog breed in the United States for the last 31 years, but has only won the sporting group at the National Dog Show once (2009). The Labrador Retriever has yet to win Best in Show in the 20-year history of dogdom’s most prominent showcase.

There’s a reason for that.  Dog show judging is an intricate art.  Each breed is judged on its individual merit according to the written blueprint for the breed, called a “breed standard.”  Does the Coton de Tulear have a coat like a cotton ball?  Does the Pembroke Welsh Corgi have a stubby tail?  Does the Pekingese have a rolling gait? Once a dog wins against other competitors in their breed, they progress to one of the seven groups they are assigned to: Sporting, Herding, Working, Hound, Terrier, Non-Sporting, and Toy.  In the group, those unique breed characteristics are what the judge is looking for, and that enables the judges to select one breed over another when it comes down to Best in Group and Best In Show.

Thus, a dog ranked 158th in popularity, such as the Scottish Deerhound, has a chance at winning Best in Show.  In 2020 and in 2021 a Scottish Deerhound named“Claire” (GCHS Foxcliffe Claire Randall Fraser) did just that!

The most popular breeds have a mixed history of wins, with some winning their group several times and some never at all. The Bulldog, Thor, won the National Dog Show in 2019 and became an instant celebrity, bringing joy to lovers of the sixth most popular breed.  None of the other top-ranked breeds have won in Philadelphia since 2002, but the prominent Beagle, Uno, won the Westminster Kennel Club Dog Show in 2008 and became a media phenomenon, including a visit to the White House.

Those viewing at home will most likely be cheering for the representative from the breed that they have sitting by their feet or on the sofa with them.  Co-host and expert analyst for The National Dog Show on NBC David Frei calls this “The alma mater factor.” The wonderful thing about a dog showis that there can be as many as 212 breeds and varieties in competition and each one has the chance to take the big prize! Regardless, “the best dog,” as host John O’Hurley is fond of saying, “is the one next to you.”

If you will be traveling to The Expo Center this weekend, you can see a variety of representatives from each of the top ten breeds as well as many others. Tickets are now on sale for the annual canine extravaganza atwww.nds.nationaldogshow.com.Dog show weekend is Nov. 19-20 at the Greater Philadelphia Expo Center in Oaksand ticket prices are$16 for adults, $7 for children 4-11 with free admission for kids three-and-under. Parking is also free. 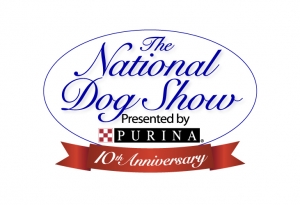 NBC WILL BROADCAST 19TH ANNUAL ‘NATIONAL DOG SHOW’ ON THANKSGIVING DAY, NOV. 26 AT NOON IN ALL TIME ZONESJOHN O’HURLEY AND DAVID FREI RETURN TO CO-HOST THE CELEBRATEDCANINE COMPETITIONNEW YORK – Oct. 13, 2020 – NBC will present the 19th anniversary edition of thebeloved holiday special “The National Dog Show” airing Thanksgiving Day (noon-2p.m. in all time zones), Nov. 26, following the telecast of NBC’s “Macy’s ThanksgivingDay Parade.”As previously announced, the Kennel Club of Philadelphia will once again hold itsannual all-breed dog show in November in Oaks, Penn. With full attention being givento state and local health and safety issues for activities during the COVID-19pandemic, and under the approving guidance of the Montgomery County Board ofCommissioners and the Montgomery County Department of Health, the club willstage a single, two-day show on Nov. 14-15 at the Greater Philadelphia Expo Center.“The National Dog Show” celebrates man’s best friend and will be hosted by award-winning TV personality, author and Broadway star John O’Hurley (“Seinfeld,”“Dancing with the Stars”), and expert analyst David Frei, a longtime breeder-owner-handler and American Kennel Club judge. NBC Sports correspondent Mary Carillowill also offer her insights during the telecast.Last year a 2-year-old male Bulldog named Thor topped the 2,000-dog field to takehome the Best In Show title.Three new breeds will be on hand at the show for the first time this year, making atotal of 207 breeds and varieties sanctioned by the American Kennel Club (AKC). TheBarbet (Sporting Group) is a water dog from France with a long, sweeping tail, adense coat of curly hair and a distinctive beard. He’s an agile athlete with a bright,friendly nature. The Dogo Argentino (Working Group) is a strong and intelligenthunting dog from Argentina, originally bred to hunt big game such as boar andmountain lion. He has a short white coat and expressive face. The Belgian Laekenois(Herding Group), like its three close Belgian relatives (Belgian Malinois, BelgianSheepdog, Belgian Tervuren), was originally used in police work. They all still dosome police work but are best known as athletic, hardworking herding dogs. TheLaekenois separates itself with its different coat color and texture, and a differentregion of origin.“The National Dog Show” is a beloved holiday tradition for families across the nation.The telecast reached nearly 25 million viewers during Thanksgiving week last year,delivering its third-best score in total viewers since its first broadcast in 2002. Theshow is part of a five-hour block of family programing on NBC, offering the country’s65 million pet-owning households a full afternoon of fun entertainment while raisingmoney for canine-related causes. For more information on “The National Dog Show,” visit:http://www.nationaldogshow.comBreed descriptions and more information can be found athttps://nds.nationaldogshow.com/event-info/the-seven-groups/Please follow us on Facebook, Twitter and Instagram at @NBC.MEDIA

We have 169 guests and no members online