Lion family reunited in Africa Rescued against all the odds, hundreds of miles apart in South America, circus lions crossed the globe to become a pride again, home in Africa 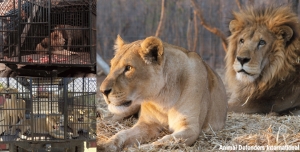 September 8, 2016- South Africa- A lion family has been reunited in the African bush after they were torn apart by a traveling circus in South America. Leo, his mate Muneca, and daughters Africa and Kiara are back together. Animal Defenders International (ADI) is appealing for funds to complete an enclosure in the African bush where they can live out their lives together. https://lionsbacktoafrica.org/donate-for-leo/

The wonderful news comes after tens of thousands of people watched a viral video of Leo, groggy with anesthetic following dental surgery, battling to reach his daughter Africa as she willed him on and reached out for her father.  https://www.youtube.com/watch?v=dm4NI_juV_0

Leo was rescued by ADI on the first day of a huge operation to enforce Peru’s ban on wild animals in circuses. But the circus had blocked the rescue of Muneca, Kiara and Africa, and then disappeared with them before a court could decide on their fate.  ADI never gave up on them and eight months later tracked down the circus over 600 miles away, in a remote region near the border of Ecuador, and Leo’s family was saved.

During the biggest operation of its kind ever undertaken, ADI rescued over 100 animals (lions, bears, tigers, monkeys and others) as they closed down Peru’s wild animal circus industry.  In May, ADI flew the 33 lions rescued during the mission to South Africa to start a new life at Emoya Big Cat Sanctuary.

Since then, the lions have been steadily rehabilitated, introduced to each other and are undergoing an intense veterinary program to repair the damage inflicted on them in the circus. The lionesses are also being neutered to prevent breeding.  These battered animals cannot return to the wild, but it is the aim of ADI and Emoya to give them a life as close to what nature intended as possible.

Leo, one of the oldest lions rescued had all of his canine teeth smashed in the circus and underwent three hours of dental surgery in August to repair the damage.  Leading veterinary dentist Gerhard Steenkamp, who repaired the damage, extracting teeth and doing root canals, noted “His mouth has taken a hell of beating.”  Muneca also had surgery for two smashed teeth.

The video of Leo recovering has moved tens of thousands of people online and shows the importance of family bonds in this social species.  As he began to recover from anesthesia and slowly stumbled and dragged himself towards his anxious daughter Africa, who appeared to be urging him on from behind a fence, even reaching her paw out to him.   Once Leo reaches her, they nuzzle and he settles beside her for a few minutes, but soon recovers and is back on his feet as if nothing had happened. At the time the lions were in “bonding” camps, preparing them for reintroduction, with mesh between them allowing contact but ensuring they could not fight.  Now the family is back together.

Jan Creamer ADI President: “It is wonderful that against all of the odds, these lions have been saved from circus suffering and the family reunited back where nature intended in Africa.  Now we are asking for people to help, and donate for a huge natural bush enclosure for this family, that will be their happy-ever-after.”

The final step for Leo and his family will be a huge natural bush enclosure with self-filling water holes and secure solar powered electric fences. ADI and Emoya need to complete these for all the lions rescued costing up to $150,000.

Please help Animal Defenders International raise $16,500 for Leo’s family enclosure, where the lions will be cared for life by ADI at Emoya. Any extra funds raised will go towards the enclosures for the other rescued lions and care for Leo and his family.  https://lionsbacktoafrica.org/donate-for-leo/

Operation Spirit of Freedom
Leo was rescued as part of Animal Defenders International’s Operation Spirit of Freedom, a mission with Peru's authorities to enforce the ban on wild animals in circuses.  In the biggest operation of its kind over 100 animals were rescued from circuses and the illegal wildlife trade.  ADI previously enforced a ban on animals in circuses in Bolivia.

Animal Defenders International:
With offices in Los Angeles, London and Bogota, ADI campaigns across the globe on animals in entertainment, providing technical advice to governments, securing progressive animal protection legislation, drafting regulations and rescuing animals in distress. ADI has a worldwide reputation for providing video and photographic evidence exposing the behind-the-scenes suffering in industry and supporting this evidence with scientific research on captive wildlife and transport. ADI rescues animals all over the world, educates the public on animals and environmental issues.
http://www.ad-international.org 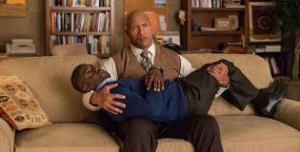 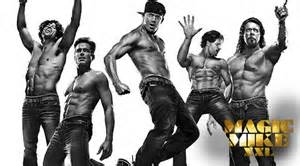