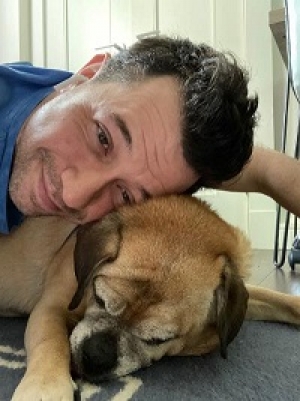 National Make A Dog's Day is celebrated on October 22nd and is a nationwide effort established by Subaru to help the last-to-adopt shelter dogs find loving homes. On this day, pet owners are encouraged to do something special for their pups and share their happy dog in social posts using #MakeADogsDay. How will you celebrate with your dog?

DAN’S TIPS FOR RECOGNIZING ‘MAKE A DOG’S DAY’ INCLUDE:

·        VOLUNTEER LOCALLY: Spend the day donating your time at a local shelter and spreading the word about the joy of adopting a dog.

·        SUPPORT AN ADOPTION-FRIENDLY RETAILER: Subaru and its participating retailers will hold socially distanced in-person and/or virtual adoption events, and donate $100 dollars for every pet adopted this month to 543 local partner shelters across the country.

·        HAVE FUN WITH YOUR DOG:  Don’t forget to spoil your pup by taking them to their favorite park, indulging them with a special treat or a puppy spa day!

Dan Schachner has been the Puppybowl Referee and spokesperson for the past 10 years. Yes, the Ref has been pooped-on, jumped-on, and peed-on while on the job. While pups may not fully respect his authority on the field humans respect his authority as master of dog trivia. Dan’s appeared on the Today Show to quiz Hoda on her canine knowledge, and every week he produces and hosts “PUP QUIZ," a trivia + dog celebration event (in partnership NYC’s dog-friendly cafe “Boris and Horton”) with all proceeds going to animal rescue. A long-time advocate for dog rescue and fostering, Dan continues to provide a stop for pups who are crowded out of the shelters and in need of a forever home. Dan was named an ambassador for The Sato Project, which rescues abandoned dogs in Puerto Rico, and works with countless other rescue groups around the country and continues to raise money for their benefit. In 2018 Dan was awarded the prestigious “Animal Welfare Hero” award from the Baltimore Humane Society. An expert in pet safety, Dan has partnered in the past with numerous companies to promote pet adoption and safe pet travel.


(New York, NY) – Ready for more tail wagging wildness, canine cuteness and animal athleticism than ever witnessed before? On Super Bowl™ Sunday, February 5, from 3-5 PM (ET/PT), Animal Planet’s annual canine competition returns to the grand gridiron with PUPPY BOWL VIII. For the eighth year in a row, with the help of Petfinder.com, Animal Planet has searched shelters and rescue groups across the nation for the toughest pups ever to carry a chew toy into an end zone and across the goal line. Now, the teams have been selected, paws polished and fur combed for the biggest event in animal sports history.

This year’s PEDIGREE® Starting Lineup is growling with rowdy rat terriers, defensive dachshunds and charging Chihuahuas, all competing for the title of the BISSELL® MVP (Most Valuable Puppy). But the pups will have to warm up to a new face as PUPPY BOWL VIII marks the debut of Dan Schachner, who takes over as “The Ref” – calling all the plays and penalties on the field.

“When Animal Planet first called and told me that I would be working with 58 puppies, 20 cats, five pigs and one bird, I thought this would be the easiest gig of my career,” says Dan. “But after calling my first “terrier touchdown,” I can see why this is the toughest competition in sports today.”

In a game-day first, a piggy pep squad will “ham” it up on the sidelines and squeal with delight for its favorite players while “Meep the Bird” tweets all the fast-paced action. Follow @MeepTheBird on game day for the latest updates, puppy drama and behind-the-scenes moments from inside Animal Planet Stadium. Award-winning animal advocate and television correspondent Jill Rappaport will provide up-to-the-minute sideline analysis and commentary on the game, and fans will be treated to PUPPY BOWL favorites such as the puppy cam, water bowl cam, kiss cam and an aerial view of the field provided by the Ice Breakers® Mints blimp and its hamster pilots.

If you’re not the biggest Madonna fan, the cute and cuddly kittens have returned with an all-new edition of the BISSELL® KITTY HALF-TIME SHOW. These adorable felines will treat fans to kitty gymnastics, precious poses and overall kitten craziness leading up to the confetti shower, sending viewers into cuteness overload.

To learn more about PUPPY BOWL VIII, fans can visit AnimalPlanet.com for highlights and behind-the-scenes moments from seasons’ pasts and, later this month, a chance to vote for this year’s MVP (Most Valuable Puppy) and an eight-part web series highlighting the history of PUPPY BOWL’s greatest moments.