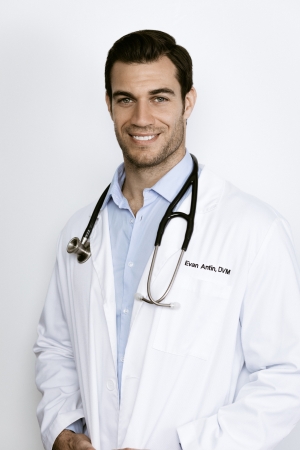 *** June 2 – 8 is Pet Appreciation Week ***
PEOPLE MAGAZINE’S “SEXIEST VETERINARIAN ALIVE” DR. EVAN ANTIN
Dr. Antin Discusses the Importance of Dental Hygiene
in Dogs and What We Can Do to Keep Our Pets Healthy
DR. EVAN ANTIN, Animal Expert, Veterinarian, Host of Animal Planet’s “Evan Goes Wild”
BACKGROUND:
Dog owners consider their four-legged friends a part of the family, and like any family member, a dog’s health is important. For pets, one of the most common signs that something is wrong is a dental problem. According to the American Veterinary Medical Association (AVMA), a pet’s teeth and gums should be checked at least once a year by a veterinarian. Good dental hygiene is just as important for pets as it is for humans, yet this is often overlooked.
On June 5, Dr. Evan Antin will discuss why dental health is an important part of a dog’s overall health routine. He’ll also offer a few tips on the best ways to keep your dog’s teeth healthy at home, such as:
·         Regular dental check-ups at the vet
·         Daily teeth care: brushing your dog’s teeth, dental chews and toys that help clean a pup’s teeth as they chew, and crunchy kibble
·         Look for warning signs of dental issues
For more information please visit: www.purina.com/dentalife
MORE ABOUT DR. EVAN ANTIN:
Dr. Evan Antin is Instagram’s most-followed veterinarian with over 1.1 million followers. Evan went viral after being featured in People Magazine’s "Sexiest Man Alive" issue in 2014, and again in 2017. Dubbed “the sexiest veterinarian,” he took the Internet by storm. In February 2019, Evan’s new television show Evan Goes Wild premiered on Animal Planet. In the show, viewers watch Evan chase his wildlife bucket list as he swims alongside humpback whales in Tahiti, explores caves with bats in the Philippines, and tangles with crocodiles in the Yucatan. Evan brings his passion and love for all wildlife to each adventure where, as a practicing veterinarian, he also lends a helping hand to animals in need along the way. In 2018 Evan debuted HAPPY PET, his pet wellness brand that is available online. The products use natural and eco-friendly ingredients and are available in three convenient categories—Clean, Fresh, and Active. Evan originally hails from Kansas City, Kansas where he grew up spending the majority of his childhood in search of native wildlife including snakes, turtles and insects. He went on to study evolutionary and ecological biology at the University of Colorado at Boulder and spent multiple semesters abroad in Australia and Tanzania to learn more about their respective ecosystems and fauna. In addition to his love for cats and dogs, Evan’s passions lie in exotic animal medicine and interacting with exotic animals in their native habitats around the world. For more than a decade Evan worked with wildlife in locations such as Central America, Australia, New Zealand, South America, Eastern and Southern Africa, South East Asia and a variety of North American ecosystems.
Read more... 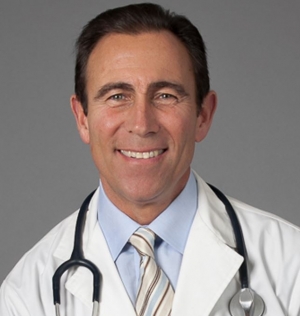 Along with unconditional love, cats have been shown to be psychologically, emotionally and physically beneficial to their owners.June 4-10 is Pet Appreciation Week, a perfect time to show our furry friends how much they mean to us. Join celebrity vet Dr. Jeff Werber for advice on effective ways to bond with your four-legged friends, including nutritional best practices for lifelong health.

For more than 30 years, veterinarian and pet parenting specialist Dr. Jeff Werber, A.K.A. “Doc Hollywood,” has been caring for the pets of some of Hollywood’s biggest stars.

Dr. Jeff Werber is frequently seen on the nation’s top news and talk shows educating and enlightening pet parents on everything from basic pet care and nutrition to abnormal behavior and prevention of disease. An Emmy-Award winner, Dr. Jeff works hard at his mission to strengthen the "Human-Companion Animal Bond." Dr. Jeff has been an expert guest on TV news and talk shows, and many people would also remember him from his days hosting Petcetera on Animal Planet and Lassie’s Pet Vet on PBS. Dubbed a “Celebrity Vet” by The Hollywood Reporter, he cares for furry friends of Hollywood's biggest stars and also dedicates his time to several animal welfare and rescue organizations.