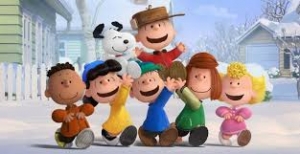 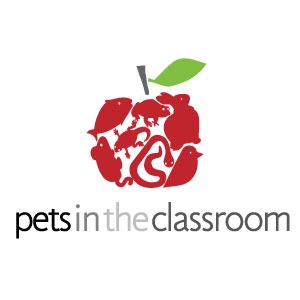 Pets in the Classroom invites teachers to submit pictures of the habitats of their classroom pets.

The Pets in the Classroom grant program invites pre-kindergarten through 8th grade teachers with classroom pets to enter the Pets in the Classroom Habitat Contest. Now through December 15th, teachers can submit pictures of their classroom pet’s habitat.  All entries are being featured on the Pets in the Classroom website, and people are invited to vote for their favorite habitat.  The teacher whose entry receives the most votes when the contest ends will be selected as one of the contest winners and two additional teachers will also be selected as winners based on random selection.  Each winner will receive a $100 Amazon Gift Card.

“Teachers are endlessly creative in incorporating pets into their classroom environment,” noted Steve King, Pet Care Trust executive director. “We wanted to give teachers an opportunity to share their creativity with their peers. The Habitat Contest is a fun way to inspire others.”

The Pets in the Classroom grant program provides grants to Pre-Kindergarten through 8th grade teachers in both private and public schools for the purpose of purchasing and maintaining classroom pets.  Classroom animals are wonderful resources for teachers that, when incorporated into lesson plans, can have a profound impact.  Classroom pets not only provide excitement in the classroom, but they also benefit students by teaching them responsible, long-term pet care at an early age and providing the psychological and developmental benefits associated with the human-animal bond.  Studies have shown that caring for pets has a positive effect on children, improving school attendance and teaching children responsibility, as well as encouraging nurturing and building self-esteem.

For more information on the Pets in the Classroom grant program or the Habitat Contest, visit www.PetsintheClassroom.org. 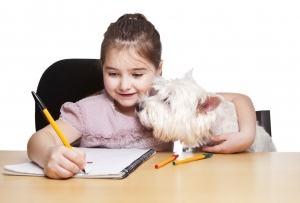 Calling all creative kids! Bob Vetere, APPA President & CEO, is excited to announce that the association’s non-profit campaign, Pets Add Life (PAL), is kicking off the 8th Annual Pets Add Life Children’s Poetry Contest beginning September 1, 2015 through January 31, 2016. Students in 3rd-8th grade are encouraged to write original poems about the joys of owning pets of all types for a chance at top prizes for both themselves and their classroom.

Participants can submit poems via PAL’s Facebook page at facebook.com/petsaddlife, online at www.PetsAddLife.org or mail final poems and submission forms to:

Additionally, teachers within these grade levels are welcome to incorporate this national contest into their lesson plans and submit poems in one entry on behalf of their classroom.

One student from each grade nationwide (6 total) will win a $250 gift certificate for pet products, and a potential “by-line” in a nationally circulated publication or online outlet. Additionally, the six winning students’ classrooms will each win a $1,000 grant to spend on pet-related education or to support a classroom pet.

To learn more about the Pets Add Life Children’s Poetry Contest, read previous winning poems, upload submissions, or download submission forms, please visit http://petsaddlife.org/childrens-poetry-contest or contact Ashlee Verba at 775.322.4022 or This email address is being protected from spambots. You need JavaScript enabled to view it..

-###-
The American Pet Products Association (APPA) is the leading not-for-profit trade association serving the interests of the pet products industry since 1958.  APPA membership includes more than 1,000 pet product manufacturers, their representatives, importers and livestock suppliers representing both large corporations and growing business enterprises.  APPA's mission is to promote, develop and advance pet ownership and the pet product industry and to provide the services necessary to help its members prosper. Visit www.americanpetproducts.org for more information. 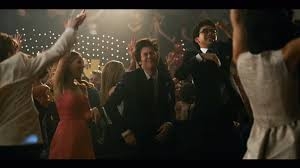 Beginning April 22, 2015, Disney’s Create Tomorrowland – XPRIZE Challenge invites kids to imagine themselves in the future and report back to the present through video, imagery or stories about one new and amazing invention or innovation they encounter, how it works, and the impact it has on the future.

In June, six winners will have a once–in-a-lifetime mentorship experience with a leader in their area of interest. In addition, each winner will receive a $3,000 check, a 3D Printer from 3D Systems, and registration for FIRST® LEGO® League for the competition season 2015-2016 in the U.S.

“‘Tomorrowland’ has always been a place of possibility in our parks and for the creative team behind our new film,” said Sean Bailey, President, Walt Disney Studios Motion Picture Production. “The future will be steered by the imaginations of our young people, and Disney is thrilled to work with XPRIZE to encourage and inspire the next generation of thinkers and dreamers to build the future they imagine is possible.”

“We are excited to launch the Create Tomorrowland XPRIZE Challenge, which gives young people a platform to voice and depict their creative, bold and imaginative problem-solving inventions of the future,” said Trish Halamandaris, Senior Vice President Marketing & Communications at XPRIZE. “At XPRIZE we believe that solutions to the problems facing humanity can come from anyone, anywhere and one of these young innovators just might come up with an idea that can truly turn Tomorrowland into reality.”

Participants will compete in two divisions: Junior Division (8-12 years old), and Senior Division (13–17 years old). All entrants must have prior consent from their parent or legal guardian in order to participate in the challenge. Official Rules and details about the Challenge are available at http://XPRIZEchallenge.org/CreateTomorrowland. Official registration and submission period starts April 22, 2015, and runs through May 17, 2015.

Submissions will be judged on innovation, creativity and presentation. XPRIZE will provide a panel of judges who will evaluate and score all submissions, and six (6) winners will be chosen.

Supporting XPRIZE Partners include FIRST (For Inspiration and Recognition of Science and Technology), 3D Systems and the United States Patent and Trademark Office.

From Disney comes two-time Oscar® winner Brad Bird’s “Tomorrowland,” a riveting mystery adventure starring Academy Award® winner George Clooney. Bound by a shared destiny, former boy-genius Frank (Clooney), jaded by disillusionment, and Casey (Britt Robertson), a bright, optimistic teen bursting with scientific curiosity, embark on a danger-filled mission to unearth the secrets of an enigmatic place somewhere in time and space known only as “Tomorrowland.” What they must do there changes the world—and them—forever.

Featuring a screenplay by “Lost” writer and co-creator Damon Lindelof and Brad Bird, from a story by Lindelof & Bird & Jeff Jensen, “Tomorrowland” promises to take audiences on a thrill ride of nonstop adventures through new dimensions that have only been dreamed of. 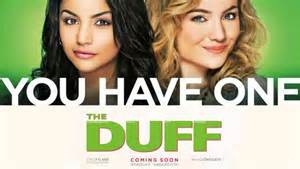 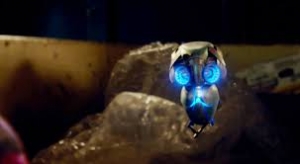 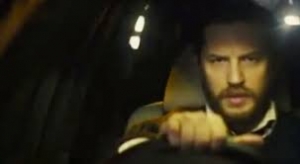 A24, IM Global and Shoebox Films present an R rated, 85 minute, drama, thriller, directed and written by Steven Knight with a theater release date of May 16, 2014.

A-Team For Wildlife hosts the International A-Team of conservation prodigies from around the world.  This group consists of amazing young people doing record-breaking things to help endangered animals.  Our International A-Team of young champions provide inspiration and set examples for all children to emulate. We facilitate the formation of Local A-Teams and introduce kids to youth leadership and change-making.  School Assembly Programs on Endangered Species is another one of our services, which also introduces students to forming Local A-Teams.  Our amazing "Wild Life Website", soon to be released, provides education and support to Local A-Team members and their fund-raising campaigns. To those who demonstrate exceptional activity and leadership we offer "Exciting Educational Wildlife Experiences" - free trips to zoos, preserves, and even overseas safaris.  In short, we are developing the next generation of professional conservationists and their supporters.
While the entire A-TeamForWildlife approach is unique and of interest to any child who loves animals - and that means nearly all kids - I think our International A-Team of conservation prodigies is especially newsworthy.  Never before have outstanding youth achievers come together in one organization to deliver an animal-friendly message to all children.  Never before has an organization of adult professionals pledged to support these youth champions and facilitate the development of their young careers in conservation.  And each of our 15  young people (from ages 9 to 18) has an absolutely amazing and inspiring story of success to share.
A-TeamForWildlife.org
Read more...

Pets in the Classroom wants to help 5 million children!

Over 1.9 million kids have been given the opportunity to have a better school experience through the Pets in the Classroom grant program, and the number is on the rise.  The program, which provides funding to pre-K through 8th grade teachers across the country to purchase and maintain classroom pets, has awarded over 15,250 grants to teachers this year alone, impacting students by boosting their self-esteem, giving them excitement for learning, teaching them responsibility, or simply giving them a friend.  And with the beginning of the 2nd semester just setting in, we hope that more teachers will discover the positive impact classroom pets can have.

Please take a moment to read the press release below, outlining the goals of the Pets in the Classroom grant program and the strides we have made so far.  We would appreciate your help in letting teachers know about the grant so we can continue to help positively impact our youth through classroom pets!

With teachers facing cold weather blues and 2nd semester tedium, one organization is ready to help provide some excitement and warmth to classrooms across the country. The Pet Care Trust is once again aiding teachers in obtaining an important educational tool in 2014: classroom pets.

The Pet Care Trust's Pets in the Classroom grant program will continue to provide grants in 2014 to Pre-Kindergarten through 8th grade teachers in both private and public schools for the purpose of purchasing and maintaining classroom pets.  Classroom animals are wonderful resources for teachers that, when incorporated into lesson plans, can make learning fun in any subject. Plus, studies have shown that caring for pets has a positive effect on children, improving school attendance and teaching children responsibility, as well as encouraging nurturing and building self esteem.

The grant program, which began in 2010, has awarded over38,000 grants to teachers, with over 15,250 of them being awarded this school year.  This equates to over 1.9 million kids who have been given the opportunity to have a better school experience through the Pets in the Classroom grant program. With a goal of introducing 5 million children in 100,000 classrooms to pets and the benefits they provide, the Trust hopes that the 2013-2014 school year will continue to see a large number of grant applicants.

“We are delighted with the continued growth of the Pets in the Classroom program,” commented Pet Care Trust Executive Director Steve King. “Teachers tell us every day that introducing a pet into their classroom has increased students’ enthusiasm for school, improved in-class behavior and added an element of fun into their daily routine. We are committed to helping every teacher who wants a classroom pet to get one.”

Many school teachers have very limited resources for the support of classroom animals, and the Pet Care Trust believes in supporting teachers with this educational grants program. Teachers can apply for a direct, no-hassle grant through the Pets in the Classroom website (www.PetsintheClassroom.org). The program offers different types of grants, giving each teacher the opportunity to choose which grant is right for him or her.

For more information on the Pets in the Classroom grant program, visit www.PetsintheClassroom.org.