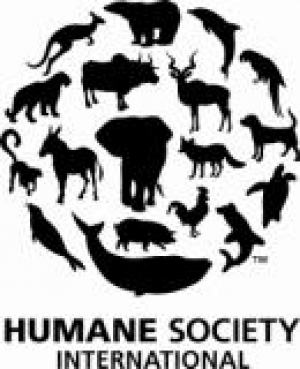 SEOUL (17 Sept. 2015)―A rescue mission to save 103 dogs and puppies from a South Korean dog meat farm has been successfully undertaken by Humane Society International. The rescue is part of HSI’s campaign to end South Korea’s dog meat trade and raise awareness among Koreans about the plight of “meat dogs.” In the third dog farm closure by HSI this year, all 103 dogs are being flown to the United States where they will be adopted.

HSI came to an agreement with the farmer, Mr. Kim, to permanently end raising dogs at his farm for meat in Chungcheongnamdo and switch to growing rice instead. In Korea, an increasing portion of the population finds the dog meat trade to be shameful. Many farmers are facing pressure from their loved ones and local communities to close their farms and transition to new lines of work.

HSI’s director of companion animals and engagement, Kelly O’meara, said: “The first time we saw the dogs, it was really shocking. They were clearly terrified but once they realized we weren’t there to hurt them, their tails started wagging, eager for the slightest show of affection. They have so much love to give, it’s appalling to think they were destined to be butchered for their meat. These dogs are going to make wonderful canine companions. Rescuing them and getting to know their personalities makes us even more determined to end the cruel dog meat trade.”

More than 2 million dogs are bred and butchered each year for their meat in South Korea, part of Asia’s cruel dog meat trade. In China and elsewhere most dogs are stolen from the streets, but in South Korea they are exclusively bred on small scale factory farms. HSI is working with farmers, like Kim, to close their dog farms and switch to humane livelihoods instead.

Kim, who had bred dogs for meat for about a year, said: “As a dog lover, I hope to see more dogs getting adopted to families. In the future, I hope other farmers will be given this opportunity where they can change to different businesses.”

The rescuers discovered a mixture of breeds on the farm, ranging from large mastiffs most often considered as “meat dogs” in South Korea, to Jindo mixes, Spaniel mixes and Chihuahuas. All have been saved from a miserable life in small filthy cages, and brutal death, most commonly by electrocution, to become a cherished companion in America.

HSI will be launching public awareness campaigns to encourage South Koreans to think differently about “meat dogs”, who are no different to the pet dogs that a growing number of Koreans are welcoming into their homes as companions. While dog adoption is not yet widely established in South Korea, HSI hopes to see that change in the future by building a community of citizens who adopt former farm dogs into their homes and help fellow South Koreans take them into their hearts.

Kitty Block, HSI’s vice president, said from Seoul: “Humane Society International has now rescued and rehomed 186 dogs from South Korea’s brutal dog meat trade, and every time we see these lucky guys happy in their new families, it’s a painful reminder of those still suffering on these farms.  These dogs will be amazing ambassadors for our efforts to end the cruelty of the dog meat trade, and we hope to open a dialogue with the South Korean government about doing just that. When the Winter Olympics comes to Seoul in 2018, the world will want to know that South Korea no longer tolerates dog meat cruelty.”

We have 520 guests and no members online