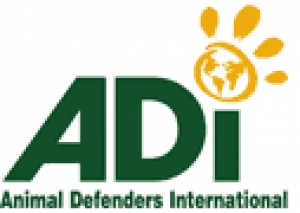 April 18, 2015, Lima, Peru: Hoover the tiger, Mustafa the mountain lion and Condorito the condor have been removed from two circuses in northern Peru during raids as part of Animal Defenders International’s (ADI) mission to enforce Peru’s ban on the use of wild animals in circuses, Operation Spirit of Freedom.

ADI, Peruvian authorities ATFFS Piura, and the police moved in after ADI received tip-offs that two circuses were illegally operating with wild animals in the area. Both circuses heavily resisted the legal action, with riot police and the Public Prosecutor called in to secure the condor and mountain lion during a long and hostile stand-off.

Almost 80 animals have been rescued from circuses and the illegal wildlife trade during ADI’s Operation Spirit of Freedom so far.  The rescue mission will culminate in June with a huge airlift to Denver, Colorado of 33 lions, a bear and now Hoover the tiger. The animals are destined for The Wild Animal Sanctuary in Colorado where large acreage habitats are being prepared for them. ADI is also relocating nearly 50 native wild animals to a specially built facility at Pilpintuwasi near Iquitos in the Amazon with the Peruvian Air Force providing an aircraft for the animals and the Navy providing river transport.

Hoover the tiger was removed from Circo Africano, the same circus that Cholita, an endangered Andean spectacled bear who has won the public’s hearts, was removed from several years ago. Cholita, dubbed the “real life Paddington bear”, had her paws mutilated to remove her claws and has lost most of her fur.

Eight months ago, ADI was poised to remove two tigers from the same circus but it slipped through the net and eluded authorities until now – the other tiger died during that time. Hoover is the sole survivor of up to six tigers with the circus.  He is thin and will be monitored closely by the ADI veterinary team.

The second raid took place on Circo Koreander less than 24 hours after the first, in an isolated village in the same area of northern Peru.  A mountain lion called Mustafa who was kept chained in the back of a pick-up truck was removed by ADI along with Condorito the condor, named after a Chilean comic book character. The heated seizure saw police reinforcements and the Public Prosecutor called in. Legal proceedings are now underway concerning the circus’ obstruction of the seizure and to try and secure a monkey still with the circus.

The seizure operation began on Sunday with ADI trucks carrying cages heading to the circus locations, and ended on Friday morning with the animals arriving safely at ADI’s Spirit of Freedom Rescue Center near Lima.

Animal Defenders International President Jan Creamer, who oversaw the difficult seizures in Peru this week said, “Before we began seizure operations with the Peruvian authorities last year, ADI conducted a census of all animal circuses in Peru.  Some disappeared as soon as the first seizures took place, but we have steadily tracked down every circus that was on that list and removed their wild animals. It has been public tip-offs to ADI that have led to the seizures on the last three circuses so we urge people to remain vigilant and report any sightings of wild animals in circuses.”

Jan Creamer:  “A huge thank you to the Piura ATFFS, police and Public Prosecutor who stood up for these animals in very difficult circumstances and ensured the animals were safely removed by ADI.”

ADI’s Spirit of Freedom flight to take the 33 lions and Cholita the bear to the USA had originally been planned for April. However, ADI, Peruvian authorities SERFOR and ATFFS, The Wild Animal Sanctuary and Denver International Airport all agreed the priority had to be saving the animals, and so the airlift has been postponed until June and will now take Hoover the tiger to a new life in the US.

Jan Creamer: “We never gave up hope that we would find the illegal circuses and give each and every animal the chance of a better life, free from their circus cages and chains.  Locating and raiding circuses all over Peru and looking after this number of different animals has been a huge challenge. Now we are looking forward to the next stage: getting all of the animals ADI has rescued to their new homes.”

Operation Spirit of Freedom rescue mission is expected to cost ADI over $1.2 million, with the biggest single cost being the flight to the US.

Please donate to help get Hoover the tiger, Cholita the bear and all the other animals saved during Operation Spirit of Freedom to their forever homes: www.ad-international.org/FreedomAppealUS or 323-935-2234.

South America circus bans: A two year undercover investigation by ADI from 2005 to 2007 led five countries in South America to ban wild animal circus acts – Bolivia, Peru, Ecuador, Paraguay and Colombia. In Central America, Mexico, El Salvador, Panama, and Costa Rica have also passed bans. Peru’s ban on wild animals in circuses was passed in 2012 following a successful campaign launched in 2007 by ADI and backed by local animal protection groups. Bolivia was the first South American country to ban wild animals in circuses and ADI was called in after most circuses defied the law. During its ‘Operation Lion Ark’ enforcement mission ADI raided eight illegal circuses in Bolivia rescuing all the animals including horses, dogs, coatis, monkeys, baboons and lions. ADI flew 25 lions to The Wild Animal Sanctuary in Colorado and 4 lions to California. The rescue is the subject of the multi-award-winning film Lion Ark. In August 2014, ADI began working with the Peruvian authorities to enforce its animal circus ban in a mission known as ‘Operation Spirit of Freedom’.

Animal Defenders International
With offices in London, Los Angeles, Lima and Bogota, ADI campaigns across the globe on animals in entertainment, providing technical advice to governments, securing progressive animal protection legislation, drafting regulations and rescuing animals in distress. ADI has a worldwide reputation for providing video and photographic evidence exposing the behind-the-scenes suffering in industry and supporting this evidence with scientific research on captive wildlife and transport. ADI rescues animals all over the world, educates the public on animals and environmental issues. www.ad-international.org

www.wildanimalsanctuary.org
The Wild Animal Sanctuary (TWAS) is a 720 acre refuge in Keenesburg, Colorado, USA, for more than 350 rescued lions, tigers, bears, wolves and other large carnivores. ADI rescued 29 animals from circuses in Bolivia in 2010 and 2011 and the story of the 2011 seizure, rehabilitation and relocation of 25 of the lions to the TWAS is told in the movie, Lion Ark www.lionarkthemovie.com

Oakland, CA – Beginning in fall 2012, Oakland Zoo is linking up with the California Condor Recovery Program to help rehabilitate sick or injured condors. Within recent months, a holding facility was constructed on Zoo grounds and Veterinary staff members were trained in proper procedures for treating lead poisoned birds.

This new partnership is significant because ill birds found in Big Sur or Pinnacles National Park can now be transported to a wildlife hospital that is much closer in proximity. Prior to the new partnership, the nearest Veterinary hospital for condor care was the Los Angeles Zoo, which is also a participant of the Condor Recovery Program.

“Our vision is for condors to one day no longer need veterinary care but until then we know that the Oakland Zoo will be a great addition to the condor program,” said Kelly Sorenson, Executive Director of Ventana Wildlife Society.

The 900 square foot size building at Oakland Zoo was constructed to provide an isolated area for sick birds, where they can rest and recover, while being quarantined from the Zoo’s resident animal population. This facility along with the Zoo’s new Veterinary Hospital will help veterinarians, like Dr. Andrea Goodnight, take part in hands on conservation efforts to save California’s condor from extinction.

“Since the 1980's, the California condor has been extensively managed in order to return from the brink of certain extinction,” said Dr. Andrea Goodnight, Associate Veterinarian at Oakland Zoo. “As a child growing up on the East Coast in the 80's, I learned about the plight of the condor; the story remained with me and most certainly influenced my choice to become a zoo veterinarian. It is a dream come true that now I am able to contribute to the continued recovery of this magnificent species.”

Along with teaming up with the California Condor Recovery Program, Oakland Zoo has installed a Condor webcam in its new holding facility. With funding generously donated by FedEx and a camera supplied by Camzone, Oakland Zoo and the California Condor Recovery Program will be able to monitor and evaluate birds being rehabilitated, without disrupting them. An added bonus to the webcam is that the general public will also have access to watch the webcam via Oakland Zoo’s website, www.oaklandzoo.org. ;

“We at FedEx are proud to help protect these magnificent endangered birds and safely increase their visibility to the public,” said Robin Van Galder, managing director of the FedEx Express Oakland Hub. “We salute the Oakland Zoo and the California Condor Recovery Program for helping them spread their wings.”

“Camzone, a leader in high definition webcam streaming, was founded in 2002 and owes its success to the popularity of live streaming animal cams, said Steve Walker, Vice President of Business Development at Camzone.” “With 24/7 high definition webcam access to view California condors, everyone has the opportunity to see these majestic creatures. By engaging people with these endangered birds an opportunity exists to educate the public about the changes that are needed for the condors to thrive. What an honor to be part of such a noble project, leveraging live streaming technology to ensure these birds will be around for generations to come.”

In 1987, the last wild California condor was taken into captivity to join the 26 remaining condors, in an attempt to bolster the population through a captive breeding program. Through the effort of California zoos and the Ventana Wildlife Society, 50 condors have returned to the wild in Central California. Currently, there are only about 231 California condors in the wild, but that number is more promising. For more than twenty years, Ventana Wildlife Society has made it a mission to save the bird from extinction by regularly trapping and treating condors suffering from high blood levels of lead. Prompt treatment has saved the lives of several birds in the flock. They monitor nests to ensure the greatest protection possible from potential threats to productivity.

Creating a conservation partnership with Ventana Wildlife Society has become very important to the Oakland Zoo. In an effort to demonstrate the Oakland Zoo’s involvement with the California Condor Recovery Program and commitment to saving the Condor from extinction, Managing Director, Nancy Filippi, filmed and produced a video that explains the plight of this majestic bird and the efforts being put forth right now by organizations throughout California to research, recover, and expand the population of North America’s largest flight bird, which has a wingspan of 9.5 feet.

“The alliances have been formed, the conversation and collaboration has begun,” said Nancy Filippi, Managing Director at Oakland Zoo. Oakland Zoo, Ventana Wildlife Society, FedEx and Camzone will present the California Condor Recovery Program information updates via live streaming cameras and web based content. These alliances will shed light on the California condor recovery efforts, medical rehabilitation and therapy for these endangered birds.

To learn more about this partnership and watch a video, go to www.oaklandzoo.org and click on the webcam tab.

The Bay Area’s award-winning Oakland Zoo is home to more than 660 native and exotic animals. The Zoo offers many educational programs and kid’s activities perfect for science field trips, family day trips and exciting birthday parties. Nestled in the Oakland Hills, in 500-acre Knowland Park, the Zoo is located at 9777 Golf Links Road, off Highway 580. The East Bay Zoological Society (Oakland Zoo) is a nonprofit 501(c)3 organization supported in part by members, contributions, the City of Oakland and the East Bay Regional Parks. For more information please visit our website at www.oaklandzoo.org.

ABOUT THE CALIFORNIA CONDOR RECOVERY TEAM: