Seabirds at Edge of Extinction to Benefit from Colony Restoration Grants 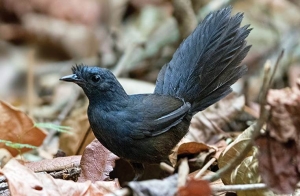 (Montreal/Cambridge/Washington, D.C., April 28, 2016)Gathered in Montreal1, leading conservation organizations have announced a new global initiative to prevent the extinction of endangered species, in partnership with the governments of Brazil, Chile, and Madagascar.

Supported by the Global Environment Facility (GEF) and United Nations Environment Programme (UNEP), the initiative will mobilize $6.7 million to deliver a project entitled the “Alliance for Zero Extinction (AZE): Conserving Earth’s Most Irreplaceable Sites for Endangered Biodiversity.”AZEis a global initiative working to prevent species extinctions by identifying and safeguarding the places where Endangered or Critically Endangered species are restricted to single remaining sites.

Birds such as theStresemann’s Bristlefront2, clinging to existence with fewer than 15 known individuals in significantly fragmented habitat in Brazil, will be targeted. The project’s focus will be the creation and improved management effectiveness of protected areas and the improved conservation status of AZE species at five demonstration sites in Brazil, Chile, and Madagascar and at an additional 10 sites globally.3

“By focusing on those sites that represent the tip of the iceberg of the extinction crisis, the Alliance for Zero Extinction is a key approach to save species from extinction,” said Gustavo Fonseca, GEF Director of Programs. “These are sites that are the last remnants for entire species. Saving the habitat is saving these fragile species."

Carlos Alberto de Mattos Scaramuzza, Ministry of the Environment, Government of Brazil,stated:“By expanding the Mata do PassarinhoReserve and working with local landowners, this initiative will provide a vital lifeline for the critically endangered Stresemann’s Bristlefront. The initiative will provide essential information to inform national species conservation efforts, by focusing effort on the last remaining habitats of endangered species.”

Neville Ash, UNEP World Conservation Monitoring Centre Director,said:“Working with the GEF and other partners, this UNEP project is the first global effort to integrate AZE as a distinct priority into conservation planning at the national level. It will scale up best practices on effective and equitable management of the world’s ecological safety nets, and has potential to have a major long-term reduction of global extinction rates, directly contributing towards CBD’s Aichi Targets 11 and 12.”

Braulio Dias, Executive Secretary of the Convention on Biological Diversity,stated:“Protecting the last remaining habitats for critically endangered species is a vital strategy for preventing extinctions. The CBD Secretariat welcomes this initiative as a contribution towards global species conservation efforts.”

Diego Flores Arrate, Ministry of the Environment, Government of Chile,said: “In Chile, the initiative seeks to create conditions for the survival of three amphibian species, by protecting their habitat and reducing impacts from farming, ranching, and logging activities, considering a participatory approach with different stakeholders.”

Paola Mosig Reidl, CONABIO, Government of Mexico,stated:“Mexico is a strong supporter of the Alliance for Zero Extinction. As host of the CBD COP this year, Mexico welcomes the role of the AZE initiative in informing global species conservation efforts.”

Michael Parr, Chairman of AZE and Chief Conservation Officer for American Bird Conservancy,said: “AZE presents an ambitious but realistic plan to address Earth’s pending extinction crisis. This is a team effort that ultimately needs to involve all of us. The time for action is now.”

Pepe Clarke, Head of Policy, BirdLife International,stated:“This initiative is particularly important as it links local conservation action to national and international policy. We are truly honoured to be working with the Governments of Brazil, Chile and Madagascar.” 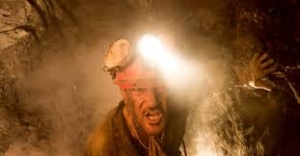 We have 543 guests and no members online