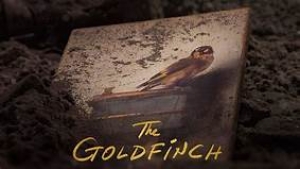 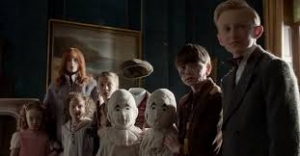 Nature Chronicles a Diversity of Life in the Sagebrush Sea 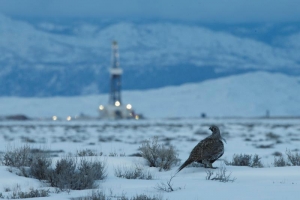 Nature Chronicles a Diversity of Life in

An ecosystem tapped by energy development faces an uncertain future

It's been called The Big Empty - an immense sea of sagebrush that once stretched 500,000 square miles across North America, exasperating thousands of westward-bound travelers as an endless place through which they had to pass to reach their destinations. Yet it's far from empty, as those who look closely will discover. In this ecosystem anchored by the sage, eagles and antelope, badgers and lizards, rabbits, wrens, owls, prairie dogs, songbirds, hawks and migrating birds of all description make their homes. For one bird, however, it is a year-round home, as it has been for thousands of years. The Greater Sage-Grouse relies on the sage for everything and is found no place else. But their numbers are in decline. Two hundred years ago, there were as many as 16 million sage grouse; today, there may be fewer than 200,000.

The Sagebrush Sea tracks the Greater Sage-Grouse and other wildlife through the seasons as they struggle to survive in this rugged and changing landscape. The program airs Wednesday, May 20, 2015 at 8 p.m. (ET) on PBS (check local listings). After broadcast, the episode will be available for online streaming at pbs.org/nature.

In early spring, male sage grouse move to open spaces, gathering in clearings known as leks to establish mating rights. They strut about, puffing up yellow air sacs in their breasts and making a series of popping sounds to intimidate other males. For weeks, they practice their elaborate display and square off with other arriving males, battling to establish dominance and territory. Successful males then display for discriminating females and are allowed to mate only if chosen as the most suitable. The criteria are a mystery to all but the females, nearly all of which select only one or two males on the lek each year. Once they've bred, the hens will head off into the protective sage to build their nests near food and water and raise their offspring alone. Within a month, the chicks hatch and follow the hens as they forage for food and keep a watchful eye out for predators. In the summer, the grouse head to wetlands, often populated by farms and ranches, in search of water, only to return to the sage in the fall. Shrinking wetlands that once supported thousands of grouse still manage to provide for hundreds.

Other species discussed in the program include the golden eagle and great-horned owl. Both bird species take advantage of perfect perches on the rocks and ridges sculpted by the area's constant wind to nest, hunt, and raise their families. Cavity-nesting bluebirds and the American kestrel return each year to raise their young in rock crevices. The sagebrush serves as a nursery for the sagebrush sparrow, the sage thrasher and the Brewer's sparrow, all of which breed nowhere else.

Sage survives in this arid environment through deep roots that reach to the water below. Like water, however, many key resources are locked below ground in the high desert, bringing an increasing presence of wells, pipelines and housing. As they proliferate, the sage sea is becoming more and more fragmented, impacting habitats and migratory corridors. And of the 500,000 square miles of sagebrush steppe that stretched across North America, only half now remains. For the sage and the grouse, the future is uncertain.

Nature is a production of THIRTEEN Productions LLC for WNET. For Nature, Fred Kaufman is executive producer. The Sagebrush Sea is a Cornell Lab of Ornithology Production.

Nature pioneered a television genre that is now widely emulated in the broadcast industry. Throughout its history, Nature has brought the natural world to millions of viewers. The series has been consistently among the most-watched primetime series on public television.

Nature has won over 700 honors from the television industry, the international wildlife film communities and environmental organizations, including 12 Emmys and three Peabodys. The series received two of wildlife film industry's highest honors: the Christopher Parsons Outstanding Achievement Award given by the Wildscreen Festival and the Grand Teton Award given by the Jackson Hole Wildlife Film Festival. The International Wildlife Film Festival honored Nature executive producer Fred Kaufman with its Lifetime Achievement Award for Media.

Support for this Nature program was made possible in part by the Arnhold Family in memory of Clarisse Arnhold, Sue and Edgar Wachenheim III, the Estate of Elizabeth A. Vernon, the Lillian Goldman Charitable Trust, the Kate W. Cassidy Foundation, the Filomen M. D'Agostino Foundation, Rosalind P. Walter, George B. Storer Foundation, the Corporation for Public Broadcasting and public television viewers.

About WNET As New York's flagship public media provider and the parent company of THIRTEEN and WLIW21 and operator of NJTV, WNET brings quality arts, education and public affairs programming to more than 5 million viewers each week. WNET produces and presents such acclaimed PBS series as Nature, Great Performances, American Masters, PBS NewsHour Weekend, Charlie Rose and a range of documentaries, children's programs, and local news and cultural offerings available on air and online. Pioneers in educational programming, WNET has created such groundbreaking series as Get the Math, Oh Noah!andCyberchase and provides tools for educators that bring compelling content to life in the classroom and at home. WNET highlights the tri-state's unique culture and diverse communities through NYC-ARTS, Reel 13, NJTV News with Mary Alice Williams and MetroFocus, the multi-platform news magazine focusing on the New York region. WNET is also a leader in connecting with viewers on emerging platforms, including the THIRTEEN Explore App where users can stream PBS content for free.

Today the U.S. Fish and Wildlife Service is announcing a proposal to protect the rufa red knot as threatened under the Endangered Species Act.

Today the U.S. Fish and Wildlife Service is announcing a proposal to protect the rufa red knot as threatened under the Endangered Species Act. This amazing shorebird flies thousands of miles from breeding areas in the Canadian Arctic, along coastal and inland migration corridors, to wintering areas in the Gulf of Mexico and the southeastern U.S., the Caribbean, and South America. Many of these robin-sized birds make a staggering migration of 9,300 miles each way, wintering on Tierra del Fuego at the southern tip of South America.

Since the 1980s, knot numbers have dropped by roughly 75 percent in some areas, with the steepest declines resulting from overharvest of the horseshoe crab, whose eggs are one of the knot’s key food sources during migration. Today knots face significant threats from coastal development, dredging, sea walls, oil spills, and—more recently—climate change.

The knot’s future is closely linked to further impacts from climate change. Many of the threats facing the knot are driven by our changing climate—including disappearing habitat and food resources. These birds spend most of their time along the coasts or at the extreme latitudes of the Western Hemisphere, the areas undergoing the most rapid climate change. Read more at the news release: http://www.fws.gov/news/ShowNews.cfm?ID=60042DE0-FB9E-C978-063157265CB076C1