(Sept. 25, 2015 – Yarmouth Port, MA) The President of China, Mr. Xi Jinping, and the President of the United States, Mr. Barack Obama, made history today by announcing that the two countries would take swift action to protect elephants from the ongoing poaching crisis.

In a joint statement, the Presidents committed to enacting “nearly complete bans on ivory imports and exports, including significant and timely restrictions on the import of ivory as hunting trophies,” and promised to “take significant and timely steps to halt the domestic commercial trade of ivory.”  In addition, the two leaders pledged further cooperation to halt the surge of wildlife trafficking that imperils countless species around the world. The United States government had already committed to a “near total ban” on ivory trade, and this represents a major step forward by their Chinese counterparts.

“Mr Xi has today delivered a tremendous victory in the battle to save elephants,” said Azzedine Downes, CEO of the International Fund for Animal Welfare (IFAW).

It is estimated that 35,000 elephants are killed every year—or one every 15 minutes—for the ivory trade.

“Today China has slammed the door in the face of all those who are profiting from the slaughter of elephants,” said Mr. Downes. “As the world’s largest market for legal and illegal ivory, this ban will save the lives of tens of thousands of elephants.”

China’s ivory trade ban follows the announcement by President Obama of strict new ivory regulations which will lead to a massive reduction in ivory sales in the United States—one of the world’s top markets for ivory.

These regulations are not yet finalized and are still open for public comment through September 28. The regulations would prohibit the sale of most ivory items across state lines, and would further restrict imports and exports, with some limited exceptions.

The new US regulations are a good step toward closing longstanding loopholes that have allowed the illicit trafficking of elephant parts to thrive. If the Chinese government takes similar steps, and the US and China commit to strong enforcement of these measures, it would represent a major breakthrough in stopping this illegal trade which is killing tens of thousands of elephants every year. “IFAW’s behavior change campaign has reduced the demand for ivory in China through improving consumers’ knowledge that elephants are killed for their ivory, thereby changing consumer attitudes and altering buying practice, leading to a significant reduction in the desire to buy ivory,” said Grace Ge Gabriel, Asia Regional Director of IFAW.

As a Chinese-American, I am so proud to see China and America, the two global powers taking the leadership role in the fight to save elephants.”

Founded in 1969, IFAW rescues and protects animals around the world. With projects in more than 40 countries, IFAW rescues individual animals, works to prevent cruelty to animals, and advocates for the protection of wildlife and habitats. For more information, visit www.ifaw.org. Follow us on Facebook and Twitter. Photos are available at www.ifawimages.com 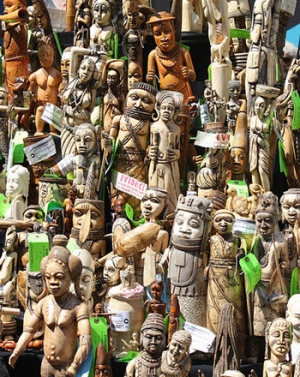 WASHINGTON – In response to a growing poaching crisis that is rapidly pushing populations of African elephants, rhinos and other species to the brink of extinction, President Obama today announced that the U.S. Fish and Wildlife Service (FWS) is proposing new regulations that would prohibit most interstate commerce in African elephant ivory and further restrict commercial exports. This action, combined with others FWS has already taken, will result in a near total ban on the domestic commercial trade of African elephant ivory. The proposed rule builds upon restrictions put in place last year following President Obama’s Executive Order on combating wildlife trafficking.

The proposed rule follows U.S. Secretary of the Interior Sally Jewell’s trip to China and Vietnam earlier this month to meet with senior government officials in both countries to build international cooperation to combat wildlife trafficking. In June, FWS held the second “Ivory Crush” in New York City’s Times Square, at which an industrial rock crusher destroyed more than one ton of confiscated ivory. In November 2013, FWS crushed six tons of seized ivory in Denver, inspiring nine other countries to follow suit with their own ivory stock destructions.

“If our children – and their grandchildren – are to grow up in a world where they appreciate their natural heritage and can see elephants in the wild and not just in the history books, then we owe it to them to shut down avenues that motivate poachers to go after these iconic animals,” said Jewell, who serves as co-chair of the President’s Task Force on Wildlife Trafficking. “As we work to put the brakes on poaching and prevent elephants from going extinct in the wild, we need to take the lead in a global effort to shut down domestic markets for illegal ivory. Today, we are making it harder for criminals by further shutting the door to the American market.”

“The United States is among the world’s largest consumers of wildlife, both legal and illegal,” said Fish and Wildlife Service Director Dan Ashe. “We want to ensure our nation is not contributing to the scourge of poaching that is decimating elephant populations across Africa.”

An estimated 100,000 elephants were killed for their ivory between 2010 and 2012, an average of approximately one every 15 minutes. The carcasses of illegally killed elephants now litter some of Africa’s premiere parks. Elephants are under threat even in areas that were once thought to be safe havens.

As stated in the President’s July 2013 Executive Order, wildlife trafficking reduces the economic, social and environmental benefits of wildlife while generating billions of dollars in illicit revenues each year, contributing to an illegal economy, fueling instability and undermining security.

Federal law enforcement investigations have demonstrated that wildlife traffickers are exploiting current regulations providing for legal trade in ivory as cover for trade in illegal ivory. In one particularly high-profile investigation, FWS special agents seized more than one ton of elephant ivory – the largest seizure in U.S. history – from a Philadelphia art store owner. Much of the seized ivory, though disguised to look old, had been newly acquired from elephants poached in central Africa. Earlier this year, the owner of a seemingly legitimate Florida fine art auction house pleaded guilty to a wildlife trafficking and smuggling conspiracy involving objects made from elephant ivory, rhino horn and coral.

“By tightening domestic controls on trade in elephant ivory and allowing only very narrow exceptions, we will close existing avenues that are exploited by traffickers and address ivory trade that poses a threat to elephants in the wild,” said Ashe. “Federal law enforcement agents will have clearer lines by which to demarcate legal from illegal trade.”

The proposed revisions to the African elephant rule under section 4(d) of the Endangered Species Act (ESA) would prohibit most interstate commerce (sales across state lines) in African elephant ivory and would further restrict commercial exports.

During the last year, FWS consulted extensively with groups that may be impacted by new trade controls for ivory, including professional musicians, antique dealers and collectors, and museum curators, among others.

Based on consideration of the input from those groups and a multitude of others, the proposed rule prohibits interstate commerce in ivory, with specific, limited exceptions for certain pre-existing manufactured items such as musical instruments, furniture pieces, and firearms that contain less than 200 grams of ivory. FWS recognizes that legal trade in these items does not contribute to the current poaching crisis.

“We listened carefully to concerns raised by various stakeholder groups and have developed a proposed rule that will allow continued trade in certain items containing ivory that meet very specific criteria,” Ashe said.

Antiques, as defined under the ESA, are also exempt from its prohibitions.

The proposed rule will publish in the Federal Register on July 29, 2015 and be open for public comment for 60 days. FWS will review and consider all comments received by September 28, 2015 before publishing a final rule. Please go to www.regulations.gov, docket no. FWS–HQ–IA–2013–0091. 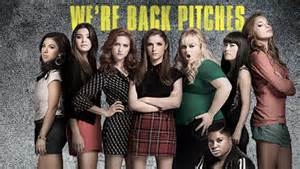 (Washington, D.C. – July 1, 2013) – Illegal trade in wildlife around the planet is both rampant and shockingly destructive to humans and animals.  We applaud President Obama’s executive order to elevate the U.S. government’s engagement in the fight against the growing illegal wildlife trade.  This action gives recognition to the threat the illicit trade poses not only to animals like elephants and rhinos, but also to people – a grim reality thoroughly documented in a new IFAW report, Criminal Nature:  The Global Security Implications of the Illegal Wildlife Trade . The President’s decision to prioritize the issue will hopefully save hundreds of lives of people on the frontline of this battle, and also save hundreds of thousands of individual animals exploited by this brutal trade.

To view and download a full copy of Criminal Nature:  The Global Security Implications of The Illegal Wildlife Trade, please visit www.ifaw.org/stopwildlifecrime

We have 305 guests and no members online