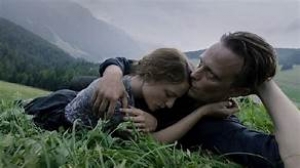 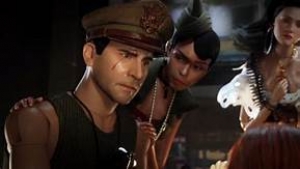 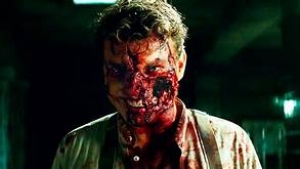 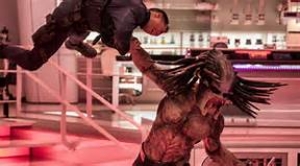 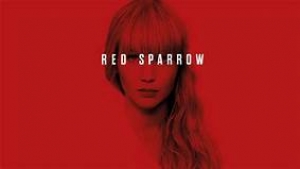 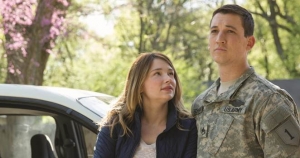 UNIVERSAL PICTURES AND AMC THEATRES® OFFER U.S. VETERANS AND ACTIVE-DUTY SERVICEMEMBERS UP TO 10,000 FREE TICKETS TO DREAMWORKS PICTURES’ THANK YOU FOR YOUR SERVICE

UP TO 10,000 FREE TICKETS TO DREAMWORKS PICTURES’

THANK YOU FOR YOUR SERVICE

Offer Valid at More Than 400 AMC Theatres Nationwide to First 25 Servicemembers Who Request Tickets to the 7:00 P.M. Preview Screening on October 26

Universal City, CA, October 20, 2017—Universal Pictures and AMC Theatres today announced that, on October 26, up to 10,000 free tickets will be presented to U.S. veterans and active-duty servicemembers for DreamWorks Pictures’ Thank You for Your Service—at more than 400 AMC locations nationwide.  Each of the first 25 servicemembers (per location) with valid, government-issued ID who request a ticket will be given one free admission to the 7:00 p.m. preview screening.

From the writer of American Sniper and the studio that brought you Lone Survivor, the film follows a group of U.S. soldiers returning from Iraq who struggle to integrate back into family and civilian life, while living with the memory of a war that threatens to destroy them long after they’ve left the battlefield.  Thank You for Your Service arrives in theatres nationwide on October 27.

The promotion will be available at all AMC Theatres playing Thank You for Your Service.  Free tickets will be available on a first-come, first-served basis and may only be picked up at the AMC box office on October 26.  Each guest must present a valid government-issued military ID to receive their ticket, with a limit of one free ticket for each military ID presented, while supplies last.  This offer is valid for the 7:00 p.m. showing of the film on October 26, only.

“Once we began a discussion with AMC about how we could embody the spirit and message of Thank You for Your Service, they stepped up to the plate in a major way,” said Jim Orr, Executive Vice President, General Sales Manager, Universal Pictures.  “We are honored that up to 10,000 U.S. veterans and active servicemembers will be among the first to experience this riveting film from our partners at DreamWorks.”

“Thank You for Your Service reminds us all of the tremendous sacrifice made by America’s servicemembers and their families,” said Elizabeth Frank, EVP Worldwide Programming and Chief Content Officer, AMC Theatres.  “AMC is pleased to partner with Universal Pictures to offer veterans and active servicemembers the opportunity to attend this preview screening at no charge.”

For more information and a list of AMC Theatres participating, please visit www.ThankYouForYourService.com.

About Thank You for Your Service

DreamWorks Pictures’ Thank You for Your Service follows a group of U.S. soldiers returning from Iraq who struggle to integrate back into family and civilian life, while living with the memory of a war that threatens to destroy them long after they’ve left the battlefield.

Jason Hall, who wrote the screenplay of American Sniper, makes his directorial debut with Thank You for Your Service and also serves as its screenwriter.  Jon Kilik (The Hunger Games series, Babel) produces the film.  www.ThankYouForYourService.com

AMC (NYSE:AMC) is the largest movie exhibition company in the U.S., in Europe and throughout the world with approximately 1,000 theatres and 11,000 screens across the globe.  AMC has propelled innovation in the exhibition industry by: deploying more plush power-recliner seats; delivering enhanced food and beverage choices; generating greater guest engagement through its loyalty program, web site and smart phone apps; offering premium large format experiences and playing a wide variety of content including the latest Hollywood releases and independent programming.  AMC operates among the most productive theatres in the United States’ top markets, having the #1 or #2 market share positions in 22 of the 25 largest metropolitan areas of the United States, including the top three markets (NY, LA, Chicago).  Through its Odeon subsidiary AMC operates in 14 European countries and is the #1 theatre chain in Estonia, Finland, Italy, Latvia, Lithuania, Spain, Sweden and UK & Ireland.  www.amctheatres.com 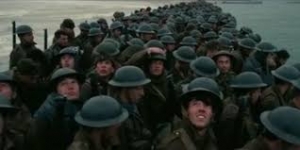 First Class of Highly Trained Service Animals Graduates, Helps Give Veterans and Veterans’ Families Their Lives Back, While Providing a Second Chance to Abandoned Dogs

American Humane’s Lois Pope LIFE Center for Military Affairs has launched a new initiative to harness the healing powers of the human-animal bond to help our brave veterans and more of America’s beautiful, adoptable animals. Every day, 20 veterans struggling with the invisible wounds of war take their own lives, and 670,000 dogs are euthanized in U.S. shelters each year. Vast anecdotal evidence and a growing body of scientific research show that specialized PTS and TBI service dogs can offer life-changing—and often lifesaving—support to affected veterans. However, there are obstacles standing in the way for veterans in need of service dogs: Waiting lists are long and the training process is time-consuming and expensive, costing upwards of $30,000 per dog.

To help begin turning the tide of veteran suicide and save the lives of more adoptable animals facing an uncertain future, American Humane, the country’s first national humane organization, is announcing the first graduating class of service dogs and retired warriors in its new national “Shelter to Service” program. The initiative rescues shelter dogs and specially trains them to become lifesaving service animals for military veterans suffering from Post-Traumatic Stress (PTS) and Traumatic Brain Injury (TBI). American Humane’s new canine training center provides specialized PTS and TBI service dogs to veterans in need, at no cost to the recipient.

Dr. Robin Ganzert, president and CEO of American Humane, said: “As an organization that has worked for more than a century to help both these groups, American Humane was compelled to provide help and healing, and created a nationwide model based on our development of the country’s first national training standards to help ensure veterans an adequate quantity as well as quality of lifesaving service dogs.” Veterans now face wait times of a dangerously unacceptable 18- to 24-months.

“With 20 veterans committing suicide each day and PTSD cases continuing to increase at alarming rates in the veterans community, it is unconscionable that we have not been taking advantage of every possible mechanism to reverse this horrific tragedy,” said internationally renowned philanthropist and American Humane board member Lois Pope. “It is equally tragic that hundreds of thousands of dogs are euthanized in shelters each year. Given that it is well-known that dogs have an indelible connection with humans and have served as therapy and service companions for people with physical and emotional afflictions for so many years, the Shelter to Service initiative is a perfect solution to both problems. That is why I’m pleased that through the Lois Pope LIFE Center for Military Affairs, American Humane has pioneered and is taking the national lead on partnering veterans with shelter canines in order to help them heal from the invisible wounds of war.”

American Humane began working with the U.S. military more than 100 years ago when they deployed to the battlefields of World War I Europe to rescue more than 68,000 wounded war horses every month. Following World War II they advanced the field of animal-assisted therapy to help returning veterans cope with the invisible wounds of war, and aided children of military families during their parents’ deployments. Recently, they helped change the law to make sure we bring our military hero dogs home to U.S. soil when their service to our country is finished. They also work to reunite these four-footed warriors with their former handlers, and provide them with free specialized healthcare so they can enjoy the happy and healthy retirement they deserve. This newest initiative seeks to save the lives of more veterans, as well as those of abandoned, adoptable animals.

Program Made Possible by Committed Friends and Generous Sponsors

“I am so pleased to be supporting their newest effort to save America’s vets and America’s pets by pairing our retired warriors with trained service dogs who are themselves rescues from shelters,” said country singer, longtime military supporter, and American Humane board member Naomi Judd. “In this way, we can save lives on both ends of one healing leash.”

Do you Know a CANINE HERO? NOMINATE A DOG FOR AN AKC HUMANE FUND AWARD FOR CANINE EXCELLENCE!

New York, NY – To celebrate the dogs who do extraordinary things in the service of humankind, the AKC Humane FundSM is seeking YOUR nominations for its AKC Humane Fund Awards for Canine Excellence (ACE).  Nominations are now open and winners will be announced in fall 2017.

Each year, the AKC Humane Fund pays tribute to five dedicated, hardworking dogs for making significant contributions to an individual or entire community.  Since its creation in 2000, 85 ACE awards have been presented to dogs of various breeds, including one mixed-breed dog, from states across the nation.  Former ACE recipients have included a police K-9 who uncovered the work of a serial killer and a family pet who fought for his life after saving a seven-year-old girl from a rattlesnake, among dozens of other incredible pups.

“There are countless dogs that improve the lives of individuals and communities across the nation each and every day,” said Gina DiNardo, American Kennel Club Executive Secretary and Director of the AKC Humane Fund.  “These remarkable canines touch the hearts of many and deserve to be recognized for their selfless acts.  We are proud to honor five of these canine heroes each year with an ACE Award.”

One award is given in each of the following five categories:

Eligibility: Dogs without formal training or certification that have nonetheless distinguished themselves in some way and have made a meaningful contribution to their owners or communities.

Eligibility: Certified therapy dogs working in hospitals, schools, disaster sites, war zones, and wherever else the affection of a good dog can provide comfort.

Eligibility: Certified service dogs who enrich the lives of physically or mentally disabled owners. Including but not limited to guide dogs for the blind, seizure-alert dogs, hearing dogs, balance dogs.

**(Note: Nominees doing service or therapy work without certification are considered in the Exemplary Companion category.)

Honorees will receive an engraved sterling-silver medallion and an all-expenses-paid trip for dog and owner to Orlando, Florida, to be honored at the AKC National Championship presented by Royal Canin in December. A donation of $1,000 will also be made in each recipient’s name to the pet-related charity of their choice. The names of the five recipients will be added to the ACE plaque on permanent display in the AKC Humane Fund Library at AKC headquarters in New York City.

Anyone, including the dog’s owner or handler, may submit a nomination form.  Submissions for the AKC Humane Fund Awards for Canine Excellence for 2017 must include:

·         A non-returnable, original print or digital photograph of the dog. All digital photos must be larger than 1MB in size and a minimum of 300 dpi. The photo should feature solely the nominated dog.

Nominations will be accepted through July 31, 2017 and should be submitted here, with a photo sent to This email address is being protected from spambots. You need JavaScript enabled to view it..

For more information about the ACE awards or to download a nomination form visit the AKC Humane Fund website.

We have 264 guests and no members online