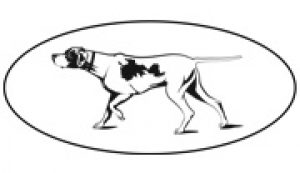 Geir Flyckt-Pedersen, world-renowned judge and breeder, has been chosen

Flyckt-Pedersen ascended to the highest echelon of breeders and handlers following a lifetime of involvement in the sport. Originally hailing from Norway, Flyckt-Pedersen now resides in Pepper Pike, Ohio. Throughout his career in dogs he has been awarded a slew of coveted honors which include becoming the first person to win both the Swedish and Norwegian Dog of the Year titles in the same year.

Geir Flyckt-Pedersen’s success in the show ring is extensive. Beyond piloting his Welsh Terrier to Top Dog in Norway and Sweden, he and his late wife Gerd teamed up to achieve several notable wins. The following are included among the pair’s accolades:

●    The team received the Tom Horner/Dog World’s Award of Excellence for contributing to the British dog world;

●    The team also won Best in Show at the prestigious all-terrier competition at Skansen, Sweden three times, and the Pup of the Year twice in England;

●    Flyckt-Pedersen won Best in Show over 4,000 dogs with his Wire Fox Terrier in Helsinki, Finland, while Gerd won Reserve Best in Show with an English Cocker Spaniel at the same show; and

As a judge, Flyckt-Pedersen has officiated around the world, including Crufts in England. This will be his fifth Westminster assignment, and he has officiated at the AKC National Championship and The Kennel Club of Philadelphia events.

His professional life included farming and serving as an executive with Skandia Transport. He is now retired and living with his two Norfolk Terriers.

Seven Group Judges will select their picks for the Best in Show competition over two nights at the Arthur Ashe Stadium.

On Monday, May 8, the following judges will select four group winners to advance to the Best in Show competition: Edmund Dziuk of Columbia, Missouri for the Hound Group; Cindy Vogels of Greenwood Village, Colorado for the Toy Group; George Milutinovich of Fresno, California for the Non-Sporting Group; and Thomas W. Coen of Great Barrington, Massachusetts for the Herding Group.

On Tuesday, May 9, the following judges will select the remaining three group winners to advance to Best in Show: Frank Kane of Cleveland, England for the Sporting Group; Paula Nykiel, of Washington, Missouri for the Working Group; and Connie H. Clark of Rio Del Mar, California, for the Terrier Group.

The Best Junior Handler award will be decided on Tuesday, May 9 at Arthur Ashe Stadium by Junior Showmanship Finals Judge, Vicki Seiler-Cushman of Xenia, Ohio. The eight junior showmanship finalists will be determined in preliminary rounds by judges Lydia Armstrong Frey of Wellington, Florida, and Rachel Robertson of Charlotte, North Carolina.

The 10th Anniversary of the Masters Agility Championship at Westminster on Saturday, May 6, will be judged by Andrew Dicker of Reading, Berkshire, England, and Lori Sage of Oregon City, Oregon. Alice A. Peterson of Boise, Idaho, will officiate the 8th Annual Masters Obedience Championship at Westminster on Saturday, May 6, 2023.

About the Westminster Kennel Club

The Westminster Kennel Club, established in 1877, is America's oldest organization dedicated to the sport of dogs. It hosts the iconic, all-breed Westminster Kennel Club Dog Show, the second-longest, continuously held sporting event in the U.S. after the Kentucky Derby, and since 1948, the longest nationally televised live dog show. The Club’s mission, which enhances the lives of all dogs, celebrates the companionship of dogs and promotes responsible dog ownership and breed preservation. The Club advocates for purpose-bred dogs, with an understanding that each breed has a legacy and history that deserves to be taught, honored, and preserved. The Club uses education to raise awareness and encourage owners to conscientiously select dogs that are the right match for their families. The annual dog show—a conformation competition for purpose-bred dogs—and the Masters Agility Championship and Masters Obedience Championship—where dogs from all backgrounds are eligible to compete—make Westminster Week with over 3,000 dogs from the U.S. and around the world, a pinnacle experience for any dog lover. America’s Dog Show has captivated canine enthusiasts for more than a century. WESTMINSTER. There's only one.® Visit us on, westminsterkennelclub.org, on Twitter, Instagram, Facebook and TikTok.