With World Theatrical Premiere of Newly Restored To Kill a Mockingbird, Introduced by Robert Osborne and Spike Lee

All Screenings Free to Public; Tickets to be Available at tcm.com/roadtohollywood

Turner Classic Movies (TCM) is set to launch its third annual Road to Hollywood tour of free events on Thursday, March 1 in New York City with the world theatrical premiere of the newly restored classic To Kill a Mockingbird (1962). The beloved drama, which recently debuted on Blu-ray in celebration of the film’s 50th anniversary, will be introduced by TCM host Robert Osborne and acclaimed filmmaker Spike Lee.

TCM will be partnering with a local affiliate in each market. This year’s Road To Hollywood tour will include new local affiliate partners including Verizon in New York City, DIRECTV in Minneapolis and Denver, and AT&T in Houston. Also for the first time, TCM will bring the tour to Canada, partnering with Bell in Toronto. Comcast will be the affiliate partner in Atlanta, Chicago, Miami, Philadelphia and Portland.

“For the past two years, we have had a wonderful time taking some of the magic of the TCM Classic Film Festival to different corners of the United States and, for the first time this year, to Toronto, Canada,” Osborne said.  “The Road to Hollywood tour is a great opportunity for us to meet TCM's fans up close and personal, while sharing and celebrating some of the greatest films ever made.”

Following the March 1 event in New York, the 2012 edition of TCM’s Road to Hollywood will feature screenings in Minneapolis (March 8); Houston (March 14); Philadelphia (March 15); Miami (March 20); Atlanta (March 22); Chicago (March 27); Toronto (March 31); Denver (April 3); and Portland, Ore. (April 5). All screenings are free and open to the public. Tickets are required for entrance and can be obtained through http://www.tcm.com/roadtohollywood.

Below is a complete schedule for the 2012 edition of TCM’s Road to Hollywood tour:

On the Waterfront (1954) – Hosted by Ben Mankiewicz, with special guest Eva Marie Saint

About the 2012 TCM Classic Film Festival

Taking place Thursday, April 12 – Sunday, April 15, in Hollywood, the third-annual TCM Classic Film Festival is produced by TCM and sponsored by Vanity Fair, host of the exclusive, opening-night party, and Delta Air Lines, official airline of the event. Since launching in spring 2010, the TCM Classic Film Festival has quickly established itself as a destination event for film lovers, drawing more than 25,000 attendees from around the country and around the globe in 2011.

The Hollywood Roosevelt Hotel, which has a longstanding role in movie history and was the site of the first OscarsÒ ceremony, will serve as the official hotel for the festival, as well as home to Club TCM, a central gathering point for passholders. Screenings and events will be held at Grauman’s Chinese Theatre, Chinese 6 Theatres, the Egyptian Theatre and, for the first time this year, Arclight Cinema's Cinerama Dome.

Complete information about the 2012 TCM Classic Film Festival is available at http://tcm.com/festival.

About To Kill A Mockingbird

Experience one of the most significant milestones in film history like never before with To Kill a Mockingbird 50th Anniversary Edition.  Screen legend Gregory Peck stars as courageous Southern lawyer Atticus Finch - the Academy Award®-winning performance hailed by the American Film Institute as the Greatest Movie Hero of All Time. Based on Harper Lee’s Pulitzer Prize winning novel about innocence, strength and conviction and nominated for eight Academy Awards®, this beloved classic is now digitally remastered and fully restored for optimum picture and sound quality and boasts hours of unforgettable bonus features. Watch it and remember why “it’s a sin to kill a mockingbird.” Currently available in a commemorative, Limited Edition Collector’s Series Blu-ray™ Combo Pack  as well as on Blu-ray™ Combo Pack and DVD from Universal Studios Home Entertainment.

Turner Classic Movies is a Peabody Award‑winning network that presents great films, uncut and commercial‑free, from the largest film libraries in the world. Currently seen in more than 86 million homes, TCM features the insights of veteran primetime host Robert Osborne and weekend daytime host Ben Mankiewicz, plus interviews with a wide range of special guests. As the foremost authority in classic films, TCM offers critically acclaimed original documentaries and specials, along with regular programming events that include The Essentials, 31 Days of OscarÒ and Summer Under the Stars. TCM also stages special events and screenings, such as the TCM Classic Film Festival in Hollywood and the TCM Classic Cruise; produces a wide range of media about classic film, including books and DVDs; and hosts a wealth of materials on its website, http://www.tcm.com. TCM is part of Turner Broadcasting System, Inc., a Time Warner company.

Turner Broadcasting System, Inc., a Time Warner company, creates and programs branded news; entertainment; animation and young adult; and sports media environments on television and other platforms for consumers around the world.

ARE YOU THE REAL JOHN CARTER? WALT DISNEY PICTURES IS LOOKING FOR YOU.

*an entrant’s legal name must be composed of the following elements: (1) a first name of: John, Jon, Jonathan, Jonathon, Jawn, Gian or Juan; and (2) a last name of: Carter, Cartur, Cartir, Karter, Karter, Kartar, Khartar, Kharter or Kartir. See Official Rules at www.RealJohnCarter.com for complete details.

NO PURCHASE NECESSARY. Begins at 12:01 a.m. PT on 1/20/12 and ends at 11:59 p.m. PT on 2/17/12. Open to legal residents of the 50 U.S. & D.C., 18 or older, WHOSE LEGAL NAME IS “JOHN CARTER” OR ONE OF THE ACCEPTED ALTERNATE SPELLINGS OF THAT NAME SPECIFIED IN THE OFFICIAL RULES. GRAND PRIZE TRIP MUST BE TAKEN ON 10/6/12. See complete Official Rules for full details including eligibility restrictions, prize description & limitations. Void where prohibited. 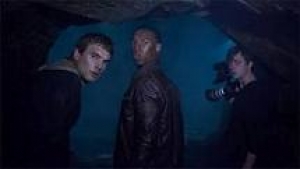 Universal Pictures, Anonymous Content and Working Title Films present a 107 minute, PG rated, drama with a touch of romance directed by Ken Kwapis, written by Jack Amiel and Michael Begler with a theatrical release of February 3, 2012.

Relativity will be the domestic distributor and will release the film internationally through its network of foreign output partners. The film is targeted for an April 11, 2014 release date.

Hasbro has become an entertainment powerhouse by creating hit movies and television shows from its rich portfolio of world class brands. Since 2007, Hasbro's Transformers and G.I. Joe franchises have grossed nearly $3 billion at the worldwide box office. 2012 is shaping up to be another stellar year for Hasbro with its partners Universal Pictures releasing Battleship in April and Paramount Pictures releasing G.I. Joe: Retaliation in June. In television, Hasbro Studios produces shows like Transformers Prime and My Little Pony: Friendship is Magic that can be seen on the HUB television network in the U.S. and in more than 140 countries globally.

“We are absolutely thrilled to partner with Hasbro, a company whose global reach and ability to innovate has made them immensely successful in the arena of brand re-imagination-- as evidenced by their legacy of creating such franchises as Transformers and G.I. Joe,” said Tooley, “We look forward to bringing Stretch Armstrong to audiences worldwide.”

“Stretch Armstrong is a great example of Hasbro’s rich portfolio of intellectual properties that we are continuing to develop globally,” said Goldner, “We are excited to partner with Relativity on this movie as they are a growing and innovative studio.”

Stretch Armstrong is the classic action hero figure first launched by Hasbro in 1976 and re-launched in the 90’s, sold successfully throughout North America and in markets across the world. The original Stretch's unique design broke free of traditional action figures, as he could be stretched over and over and always returned back to his original size. The nostalgic toy is considered to be rare and collectible to this day.

Relativity Media is a next-generation studio engaged in multiple aspects of entertainment, including full-scale film and television production and distribution, the co-financing of major studio film slates, music publishing, sports management and digital media.  Additionally, the company makes strategic partnerships with, and investments in, media and entertainment-related companies and assets.

Relativity also owns and operates Rogue Pictures, a company that specializes in films targeted to the 13-25 year old audience, and RogueLife, Relativity’s digital studio which is developing original content for the Web and creating sustainable online platforms and communities. RelativityREAL, Relativity’s television arm, has 67 projects in production, including 17 original series that are currently airing or will air in the upcoming television season including Police Women for TLC, Coming Home for Lifetime and The Great Food Truck Race for Food Network. For additional information, please visit www.relativitymedia.com.

Hasbro, Inc. (NASDAQ: HAS) is a branded play company providing children and families around the world with a wide-range of immersive entertainment offerings based on the Company’s world class brand portfolio.  From toys and games, to television programming, motion pictures, video games and a comprehensive licensing program, Hasbro strives to delight its customers through the strategic leveraging of well-known and beloved brands such as TRANSFORMERS, LITTLEST PET SHOP, NERF, PLAYSKOOL, MY LITTLE PONY, G.I. JOE, MAGIC: THE GATHERING and MONOPOLY.  The Hub, Hasbro’s multi-platform joint venture with Discovery Communications (NASDAQ: DISCA, DISCB, DISCK) launched on October 10, 2010. The online home of The Hub is www.hubworld.com. The Hub logo and name are trademarks of Hub Television Networks, LLC. All rights reserved.

Come see how we inspire play through our brands at http://www.hasbro.com. © 2012 Hasbro, Inc.  All Rights Reserved.

Man on a Ledge 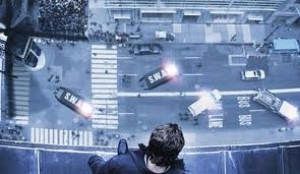 Paramount Pictures, Skydance Productions and Bad Robot present a PG-13, 133 minute, action, adventure, thriller, sure to make you laugh several times, directed by Brad Bird and written by Josh Appelbaum and Andre Nemec with a theatrical release date of December 16, 2011. 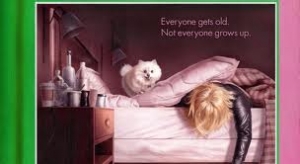 We have 616 guests and no members online