“Silenced has had an extraordinary impact.”
— The New York Times

“… Silenced will haunt a viewer for a while.”
— Seattle Times

“… Nothing short of earth-shaking.”
—    The Economist

“Truth is being neglected throughout the world … I hope this film awakens people ...”
— Director Hwang Dong-hyuk

LOS ANGELES — Aug. 21, 2012 — For Immediate Release — The hideous truth – concealed for far too long – is revealed in Silenced, the real-life story of one man’s battle for justice, available on DVD Sept. 18 from CJ Entertainment America.

Based on the book “Dogani” – which elicited outrage across South Korea – Silenced is the heart-wrenching true story of horrific child abuse and the shocking human rights issues that continue to plague activists today.

When widower Kang In-ho becomes a teacher at the Ja-ae Academy for deaf children in Mujin, far from his home and family, he is thankful for a new start for himself and his young daughter, who is sick and requires surgery he can’t afford.

But all is not as it appears at the esteemed school and, as the gentle-natured In-ho slowly gains the trust of his reticent students, he uncovers a dark and shocking secret.  Though he is reluctant to step forward and lose the income he so desperately needs to help his daughter, he cannot turn his back on his tormented, young charges.

With the help of activist Seo Yu-jin, they risk everything to give the kids a voice and to challenge a system darkly intent on protecting the privileged perpetrators … not the children.

A powerful and moving tribute to great strength and heroic conviction …The story of one man – and one people’s – unwavering hope for change.

POSTSCRIPT: Although the accused received woefully minor sentences prior to the release of Silenced, the film – which sold 2.7 million tickets within two weeks of  theatrical release in Korea – elicited positive real-life results. President Lee Myung-bak publicly attended a screening and, amid much public outcry, revisions to national laws were put into effect.
Silenced won the “Black Dragon Audience Award” at the  2012  Udine Far East Film Festival; “Best Film” at the 2012 Film of the Year Awards; “Best Music” at the 2011 Blue Dragon Film Awards; and was an official selection at the 2012 Fantasia Film Festival.
Silenced is presented in widescreen (aspect ratio: 2.35:1) and Korean 5.1 Dolby digital sound.  Special features include: “The School” “The Children” deleted scenes, poster photo shoot, still gallery and trailer.

About CJ Entertainment America
Launched in 2005, CJ Entertainment America (CJ Ent.Am) is the U.S. arm of Asia’s premier entertainment company and Korea’s #1 filmmaker and distributor, CJ Entertainment & Media (CJ E&M). Since 1995, CJ E&M has provided original, award-winning content – across an array of genres, including drama, comedy, action, sci-fi/horror and special interest – for theatrical, television, DVD, digital download, interactive game publishing/portals and music. A prominent investor in entertainment co-ventures in overseas markets (including 1492 Pictures, DreamWorks and IMAX in the U.S.), CJ E&M also develops and operates 200 premium multiplex theater sites under the CGV Cinemas banner (including a flagship site in Los Angeles) and is a leading concert promoter, helping establish “K-pop” as a successful world music genre. The cornerstone of the Korean entertainment industry – boasting the country’s largest and most significant library, with hundreds of films – CJ E&M is also a singular presence throughout Asia, Europe and in the States and a key force in popularizing contemporary Korean and Pan-Asian cinema around the world. Top films include The Man From Nowhere; The Good, the Bad, the Weird; A Bittersweet Life; Joint Security Area; and the Vengeance trilogy, to name a few. Visit us online at: www.cjent.co.kr/eng (English) or www.cjent.co.kr (Korean).

Commented Phil Hopkins and Ralph Stevens, co-owners of Film Chest, “This thrilling compilation features shows rarely available to the public—wholesome fun from simpler and, frankly, funnier times. We think fans and collectors of classic TV will truly enjoy these rare episodes and are excited to be a part of this project.”

’50s TV Classics is presented in full screen with an aspect ratio of 4 x 3 and original mono sound.

“We ask all international audiences to join us in rallying America to experience the most fun they will have in a movie theater this year,” said Nakache and Toledano. “Breaking this record shows that our worlds are not so far apart. A true story about friendship touches international and American audiences alike.”

“I am thrilled that audiences love THE INTOUCHABLES as much as we do and hope that all of the success the film is seeing is just the beginning,” said TWC Co-Chairman Harvey Weinstein. “It is our wish that if this already strong word of mouth continues to build that we could reach another milestone by out grossing the current all-time North American foreign language film records. The best part about the film’s success is the fact that a foreign language film is getting its fair turn in the spotlight in this industry. It is movies like this that help us continue to bring smart, entertaining and well-written films that break the mold to theaters everywhere.”

THE GIRL WITH THE DRAGON TATTOO and TWC’s own UNDER THE SAME MOON are two of the current all-time North American foreign language film record holders.

THE INTOUCHABLES has the third highest gross of all time in France and is the highest grossing French film in Germany ever, and has held the #1 spot in many countries around the world. Currently the worldwide gross is $356 million and counting.

An irreverent, uplifting comedy about friendship, trust and human possibility, THE INTOUCHABLES has broken box office records in its native France and across Europe. Based on a true story of friendship between a handicap millionaire (Francois Cluzet) and his street smart ex-con caretaker (Omar Sy), THE INTOUCHABLES depicts an unlikely camaraderie rooted in honesty and humor between two individuals who, on the surface, would seem to have nothing in common. Directed Eric Toledano and Olivier Nakache, the film was nominated for a total of nine 2012 César Awards, France’s equivalent to the Oscars, including Best Picture, and winning Best Actor for breakout star Omar Sy, and won the Grand Prize at the 2011 Tokyo International Film Festival.

ABOUT THE WEINSTEIN COMPANY

The Weinstein Company (TWC) is a multimedia production and distribution company launched in October 2005 by Bob and Harvey Weinstein, the brothers who founded Miramax Films in 1979. TWC also encompasses Dimension Films, the genre label founded in 1993 by Bob Weinstein, which has released such popular franchises as SCREAM, SPY KIDS and SCARY MOVIE. Together TWC and Dimension Films have released a broad range of mainstream, genre and specialty films that have been commercial and critical successes. TWC releases took home eight 2012 Academy Awards®, the most wins in the studio’s history. The tally included Best Picture for Michel Hazanavicius’s THE ARTIST and Best Documentary Feature for TJ Martin and Dan Lindsay’s UNDEFEATED. THE ARTIST brought TWC its second consecutive Best Picture statuette following the 2011 win for Tom Hooper’s THE KING’S SPEECH.

Since 2005, TWC and Dimension Films have released such films as GRINDHOUSE; I’M NOT THERE; THE GREAT DEBATERS; VICKY CRISTINA BARCELONA; THE READER; THE ROAD; HALLOWEEN; THE PAT TILLMAN STORY; PIRANHA 3D; INGLOURIOUS BASTERDS; A SINGLE MAN; BLUE VALENTINE; THE COMPANY MEN; MIRAL; SCRE4M; SUBMARINE; DIRTY GIRL; APOLLO 18; OUR IDIOT BROTHER; I DON’T KNOW HOW SHE DOES IT; SARAH’S KEY; SPY KIDS: ALL THE TIME IN THE WORLD IN 4D; MY WEEK WITH MARILYN; THE IRON LADY; W.E.; CORIOLANUS; UNDEFEATED; THE ARTIST; and BULLY. Currently in release are EASY MONEY and THE INTOUCHABLES. Upcoming releases include LAWLESS; KILLING THEM SOFTLY; THE MASTER; and SILVER LININGS PLAYBOOK. Currently in production is DJANGO UNCHAINED.

TWC is also active in television production, led by former Miramax Films President of Production and current President of Television Meryl Poster, with credits including the Emmy® nominated and Peabody Award winning reality series Project Runway, spin-off series Project Accessory and Project Runway All Stars, the VH1 reality series Mob Wives, and the critically acclaimed HBO comedy/crime series The No. 1 Ladies Detective Agency which also received a Peabody Award. The company is currently in pre-production on the martial-arts epic Marco Polo for Starz as well as production on the second season of Mob Wives and the newest installment in the series’ franchise Mob Wives Chicago. TWC additionally has 17 series in different stages of development, including The Nanny Diaries, being adapted for ABC by Amy Sherman Palladino (Gilmore Girls). 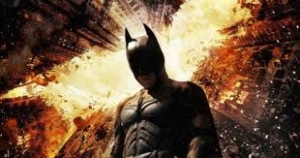 Seeking a Friend for the End of the World

We have 290 guests and no members online