ON FRIDAY NIGHTS IN AUGUST AND SEPTEMBER

LOS ANGELES, August 24, 2017 – A trio of film favorites from Focus Features will be streamed on Facebook Live over the next three Friday nights in August and September. #FocusFridays will take place each Friday night on the Focus Features Facebook Page, https://www.facebook.com/FocusFeatures/ beginning @6:00 PM PT. Promotional video can be viewed https://wdrv.it/226cfa5e0">here.

The lineup of classic movies is as follows:

·         Friday, August 25th: The Motorcycle Diaries (2004) won the Academy Award for Best Original Song (“Al Otro Lado del Río”). Following an inspiring journey of self-discovery and tracing the youthful origins of a revolutionary heart, the Latin American continent is unveiled in all its glory as two friends experience life at its fullest.

·         Friday, September 1st: The Constant Gardener (2005) sweeps audiences along one man’s emotional and global journey to uncover the truth behind a personal loss and a worldwide conspiracy. For her performance opposite Ralph Fiennes, Rachel Weisz won the Screen Actors Guild, Golden Globe, and Academy Award.

·         Friday, September 8th: Eternal Sunshine of the Spotless Mind (2004) earned Golden Globe Award nominations for its stars Jim Carrey and Kate Winslet, in an unforgettable love story, a tumultuous relationship seen through a maze of memories. Winner of the Academy Award for Best Original Screenplay.

#FocusFridays is the latest celebration part of Focus 15 (www.focusfifteen.com), the initiative commemorating the founding 15 years ago of worldwide film company Focus Features, whose films have garnered 105 Academy Award nominations and won 21 Oscars. Film buffs and movie fans can sign up at Focus Insider for invites to retrospective screenings, limited-edition soundtracks and posters giveaways, and all Focus 15 updates through www.focusfeatures.com/subscribe.

“This game was a natural brand extension for us and a great way to introduce our film and characters online,” said Bob Osher. “It’s the best possible scenario when those opportunities are created internally between divisions like Sony Pictures Animation and Sony Pictures Interactive.”

In the Hotel Transylvania Social Game, players are tasked with building, decorating, managing and maintaining their own Hotel Transylvania, where a host of fun monsters, inspired by the upcoming animated film Hotel Transylvania, come to get away from the stresses of the human-inhabited world. Grow zombies in your hotel graveyard to create hotel staff, and keep guests happy with a host of torturous amenities. Players can check back daily to collect rewards, share gifts with friends and entertain their hotel guests.

“Social games are a key entertainment activity for millions of people online,” said Emmanuelle Borde. “Sony Pictures Interactive has always focused on building digital experiences that drive community and conversation. The move into social games was a logical evolution for our business.”

The Hotel Transylvania Social Game was designed and developed entirely in-house by Sony Pictures Interactive. “Our goal was to build a game that is fun to play while taking advantage of the full range of social tie-ins that experienced gamers expect from social games,” said Scott Nourse, senior vice president of production, Sony Pictures Interactive. “We are proud of our achievement in that regard and are excited about the framework we have built which will enable us to build more games in the future.”

The Hotel Transylvania Social Game is free to play and available to anyone with a Facebook account at http://facebook.com/hoteltgame. Players who wish to augment gameplay through purchase of in-game currency will have the ability to enhance and personalize their individual experience.

Sony Pictures Interactive is planning on launching one to two new social games a year. The next game is currently set for launch in April 2013.

Welcome to the Hotel Transylvania, Dracula’s lavish five-stake resort, where monsters and their families can live it up, free to be the monsters they are without humans to bother them. On one special weekend, Dracula has invited some of the world’s most famous monsters — Frankenstein and his wife, the Mummy, the Invisible Man, a family of werewolves, and more — to celebrate his daughter Mavis’ 118th birthday. For Drac, catering to all of these legendary monsters is no problem — but his world could come crashing down when a human stumbles on the hotel for the first time and takes a shine to Mavis.

Sony Pictures Animation produces a variety of animated entertainment for audiences around the world. The studio is following its worldwide comedy hits—the 2011 hybrid live action/animated family blockbuster, The Smurfs (3D) and the 2009 mouth-watering Cloudy with a Chance of Meatballs (3D)—with the family comedy Hotel Transylvania (3D) in September 2012 and the Smurfs 2 (3D) in July 2013. Sony Pictures Animation, in conjunction with Aardman Animations, has produced two critically acclaimed feature films: the CG-animated family comedy Arthur Christmas (3D); and the stop-frame animated high-seas adventure, The Pirates! Band of Misfits (3D).  In 2007, Surf's Up received an Academy Award® nomination for Best Animated Feature Film.  The division, whose first feature film Open Season led to a very successful movie franchise, is turning 10 this year. Sony Pictures Animation is an operating unit of Sony Pictures Digital. 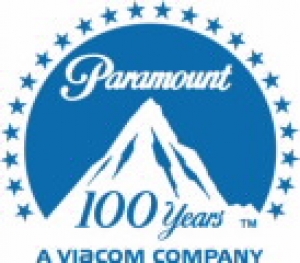 HOLLYWOOD, CA (August 1, 2012) – Fans of "PARANORMAL ACTIVITY" are being empowered to bring the movie to their city first.  Paramount Pictures, a division of Viacom, Inc., will debut the fourth installment in the popular horror franchise exclusively in 25 cities around the world by encouraging fans to vote to see it first with a new “Want It” application on Facebook.

Facebook’s 955 million global fans can vote for an advance screening in their city by clicking on the “Want It” button on the film’s fan page at www.Facebook.com/ParanormalActivity.

The application feeds individual votes into a dynamic leader board that shows the ranking of every city in real time.  Audiences can track the top cities as well as the ranking of their own city as well as push out reminders encouraging friends to vote.  “Want It” brings an unprecedented level of interactivity for fans in determining screenings of the movie.

“There’s a very special connection between ‘PARANORMAL ACTIVITY’ and Facebook,” said Matt Jacobson, head of market development at Facebook. “Four years after the initial success of the franchise and the establishment of a passionate fan community, we’re excited to see continued iteration on a franchise that was born on Facebook. Paramount is using both the Facebook platform and media to drive awareness of the film, three months out, and we will continue to drive awareness and intent at scale as we approach opening weekend in October.”

“The success of ‘PARANORMAL ACTIVITY’ began with the fans who have championed the movie franchise from the very beginning through social media,” said Amy Powell, Executive Vice President of Interactive Marketing. “Now we're creating an even more dynamic experience among the film’s community of fans and for the first time, we're giving them an opportunity to go head-to-head on Facebook with fans around the world to determine the 25 cities who get to see ‘PARANORMAL ACTIVITY 4’ before it opens.”

Fans can also vote at the film’s website, www.ParanormalMovie.com.

The 25 cities that receive the most votes will win a free screening of the eagerly awaited film before it hits theaters October 19, 2012.

“PARANORMAL ACTIVITY 4” is directed by Henry Joost and Ariel Schulman.

The Ladies are Back in a Brand NEW Dress

Join Matilda and a few old friends in her newly renovated home.

“Nobody can be exactly me. Sometimes even I have trouble doing it.”
Tallulah Bankhead

Reception and Cats in Fashion to benefit NY Save.

A minimum $25.00 entrance donation is requested for NY Save.

Additional donations will be accepted. Seating is limited. No pets allowed.

5:00-7:30 PM Reception and meet the MEWdels in their Meow Wear Fashions.

In Response to ASPCA Concerns, Puppy Mill Dogs No Longer Sold via Marketplace on Facebook

NEW YORK—In response to concerns from the ASPCA® (The American Society for the Prevention of Cruelty to Animals®), measures will be put in place to ensure that puppy mill dogs will no longer be sold via Marketplace on Facebook, an action the ASPCA believes will help combat the inhumane puppy mill industry. Many puppies sold online come from puppy mills and are commonly bred in unsanitary, overcrowded, and often cruel conditions without sufficient veterinary care, food, water, or socialization. As part of its national “No Pet Store Puppies” campaign, the ASPCA worked with Facebook and Oodle, the company that powers Marketplace on Facebook, to restrict online classifieds listing puppy mill dogs for sale from the site. Through an ongoing removal process, ads listing puppy mill dogs have begun to come down this month. The process was designed to allow users to continue posting dogs available for a nominal adoption or rehoming fee.

"Removing an online platform for the cruel puppy mill industry sets a positive example of corporate citizenship and will help improve the lives of countless dogs," said ASPCA President and CEO Ed Sayres. "Most consumers are unaware they are perpetuating animal cruelty by purchasing a puppy online, and given the visibility of Marketplace on Facebook, this move has the potential to raise critical awareness about unscrupulous online breeders.”

While facilities that breed puppies for commercial resale through pet stores are required to be licensed and inspected under the federal Animal Welfare Act, puppy mills that sell directly to consumers via the Internet are exempt from any federal oversight. Unregulated Internet breeders sell tens of thousands of puppies a year to unsuspecting consumers, and the sale of puppies online has been increasing significantly in recent years as more puppy mill investigations are brought to light. Further, the Internet Crime Complaint Center notes that hundreds of complaints are filed every year from victims who are scammed when buying a dog online.

“Consumers who purchase a puppy from a website run the risk of acquiring an unhealthy animal and often end up with expensive vet bills and broken hearts,” said Cori Menkin, senior director of the ASPCA Puppy Mills Campaign. “We hope additional online retailers and classifieds will follow this example and stop providing a platform for puppy mill sales.”

The ASPCA’s “No Pet Store Puppies” campaign aims to reduce the demand for puppy mill puppies by urging consumers to take an online pledge not to buy any items—including food, supplies or toys—from stores or websites that sell puppies. The ASPCA encourages consumers to adopt a pet from a local shelter or rescue, or, alternatively, seek out a responsible breeder.

We have 635 guests and no members online