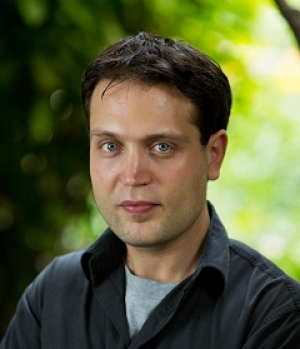 image.jpeg LOOK OUT… IT’S DINOMAYNIA!!!! NAT GEO’S FIRST ANNUAL MONTH -LONG CELEBRATION OF DINOSAURS Dinosaurs may be extinct, but they never go extinct with kids. While these huge dangerous reptiles disappeared from the earth over 65 million years ago, they are still very much alive in the imagination of countless toddlers and kids. Vertebrate paleontologist and dinosaur expert, Nizar Ibrahim shares his love of these fascinating creatures. He has scoured the deserts of North Africa for clues to life in the Cretaceous period, when the area was a large river system teeming with a profusion of diverse life. His team has unearthed giant dinosaur bones and footprints as well as remains of prehistoric fishes, crocodile-like predators, and giant flying reptiles. He is renowned for his decades long work tracing Spinosaurus, one of the most unusual dinosaurs yet found: a predator that was longer from snout to tail than an adult T.rex, and that had a six-foot tall sail on its back. Ibrahim’s multi-disciplinary research projects shed light on a period of major changes for our planet including extreme climate fluctuations and the breakup of the supercontinent. Join world renowned paleontologist Nizar Ibrahim on international Dinosaur Day, May 18th as he discusses everything dinosaur. He will answer questions like: · Why do dinosaurs continue to capture the imagination of kids around the world? What makes them so appealing? · What is International Dinosaur Day and DINOMAYNIA? How can we learn more? · Can you share some of the new science that is changing older theories about how dinosaurs looked, moved and lived? · What can you tell us about Spinosaurus? I understand they were partial to water. · What does it feel like to unearth dinosaur bones from the earth? · What does it mean to be a National Geographic Explorer? Join Nat Geo Kids for an entertaining, fun-filled exploration of our favorite prehistoric creatures by visiting the DinoMAYnia web hub (www.natgeokids.com/dinomania), or by checking out our incredible selection of dinosaur books (http://natgeodinomania.com/). Follow along on Twitter and Facebook at @NatGeoBooks as we share weekly Dino Dispatches and fascinating trivia. Parents can visit our Reimagining Dinosaurs content hub for more fascinating stories about dinosaurs, including some of the latest dinosaur discoveries that are changing the way we understand dinosaurs, from the way they looked to the way they lived. ABOUT - Nizar Ibrahim is a vertebrate paleontologist and comparative anatomist with a background in the bio-and geosciences and a Ph.D. in vertebrate paleontology. His teaching and research affiliations include the University of Detroit Mercy, the Carnegie Museum of Natural History (Pittsburgh, PA) and the University of Portsmouth (UK). Over the last decade, he has reached millions of people around the globe via speaking tours, exhibits, educational videos, books, and scientific literacy projects for young people. Ibrahim and his discoveries have been widely featured in National Geographic magazine, most recently in Reimagining Dinosaurs, and in Nature, Science, the Wall Street Journal, Discover, and many other major national publications.
Read more... 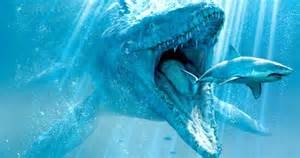 David Norman: President of Goliath Games, LLC will be joining Talkin' Pets this Saturday to discuss and give away some of their animal themed games for kids at 5:30 PM EST

David Norman:  President of Goliath Games, LLC will be joining Talkin' Pets this Saturday
check out our website http://www.goliathgames.us.
Pop the Pig
Who’s going to pop the Pig??? Everyone takes turns rolling the die to see how many chomps the pig will take. Feed the pig and push down on his head the number of times shown on the burger. With every pump, the pig's stomach will get bigger, bigger and bigger! If he pops on your turn, you win! http://popthepig.com/
Sonny the Seal
Sonny the Seal is the star of the show! He moves and sounds just like a real seal. The player that tosses the most rings over Sonny's bobbing head wins the game. Your kids will love watching Sonny celebrate by clapping his flippers and barking each time he 'catches' a ring. Requires 3 AA batteries (not included). http://www.sonnytheseal.us/.
Doggie Doo
Doggie Doo is a hit! In 2011 he was featured on David Letterman, Jay Leno, Live! with Kelly, Chelsea Lately and more. This sensational game is easy to play: just feed and “walk” your little pup. When you squeeze his leash he makes a hilarious gassy sound that gets louder and louder until…….plop! The first player to clean up after Doggie Doo three times wins the game. http://www.doggiedoogame.com/
Toss the Pig™
It's time to throw around America's favorite pig! Squeeze his belly and the music begins. Toss him to your friends but make sure you aren't the one holding him when the music ends!
Requires 3 AAA batteries (not included).
Dino Meal™
This hungry Dino has stolen another dinosaur’s eggs! Roll the die to choose which egg to rescue first, then carefully reach in and take out the egg…but watch out! You never know when Dino might leap out at you. Win the game by rescuing the eggs before the Dino gets you. Requires 2 AA batteries (not included).
Read more...

We have 429 guests and no members online