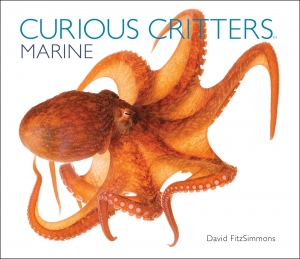 Today in History
1789, this was a day of thanksgiving set aside by President George Washington to observe the adoption of the Constitution of the United States.

1842, the founders of the University of Notre Dame arrived at the school's present-day site near South Bend, Ind.

1922, In Egypt, the entrance to child-king Tutankhamen's tomb is discovered by archeologist Howard Carter.

1983, A Brinks vault in London's Heathrow Airport is robbed by gunmen, who make off with 6,800 gold bars worth nearly 40-million dollars.

A Florida woman is upset after her Jack Russell terrier was shot and killed by a Citrus County Sheriff's deputy who said he felt threatened.

Nancy Blackwell is trying to put the past behind her, but fun and games with her Jack Russell, Rascal, are not the same without the third member of their family. Blackwell's other Jack Russell, Princess, was shot and killed by CCSO deputy Nick Hesse as the deputy served an arrest warrant on Blackwell's son.

Police spokesperson Gail Tierney said Princess began barking at Hesse, got out of Blackwell's house and ran at the deputy while showing her teeth and growling.

Tierney said the deputy moved back, shot and killed the dog. Hesse said he felt threatened by Princess.

Blackwell doesn't agree with the explanation she was given and had harsh words for the deputy: "You�re an officer of the law and you�re scared of a Jack Russell? Do you want that kind of person protecting you?"

The dog is now buried in Blackwell's backyard, along with her favorite blanket, a toy and her bowl. Blackwell said she won't get another dog.

Tierney said the incident is under review, but the deputy had the right to defend himself. New procedures could be put in place to keep a similar incident from happening again.

Wild Turkey ruins another family holiday... and no not the booze Wild Turkey this time... a real wild turkey...

A wild turkey apparently flew into an Eat'n Park restaurant on -- of all days -- Thanksgiving.

The 15-pound turkey was found among a pile of shattered glass on the carpet near some booth tables around 3 p.m.

Nobody was inside the restaurant at the time as it was closed for the holiday.

Penn Hills police Officer Bernard Sestili responded when the building's alarm went off. He said the turkey flew into the window and was not thrown. The turkey was probably was roosted in one of the trees in the near by wooded area, went for his morning flight and flew into the window.

A turkey fighting back, on Thanksgiving -- how ironic.

Wildlife authorities are investigating after a 22-year-old man was bitten by a venomous black mamba while he was trying to purchase the snake at an interstate exit in south Georgia.

Keep in mind the Black mamba has a reputation as one of the most deadly snakes.

John K. Rosenbaum of Jacksonville Fl. was bitten during the sale this week along I-95 in Kingsland Ga.. Rosenbaum was taken to two hospitals � Southeast Georgia Health System's Camden hospital before being transported to Shands Jacksonville in Florida.

Shands officials say he has been discharged.

Georgia authorities say no one in the state has a wild animal license for black mambas, nor does Rosenbaum. Violators can get up to a year in jail and a $1,000 fine.

Family decides to spare life of oyster they found because it had shapes on its shell arranged to look like a human face. They did not say if it also resembled a bearded clam...

Eva Carbonaro of Mass. said she and her family were at Scudder Lane town landing to search for Thanksgiving oysters when they came across the funny-faced oyster among some barnacles and seaweed on the beach.

Carbonaro said she has been keeping the oyster in a bowl of water in her refrigerator and her family has decided to make the creature, which they named Rockefeller, a special guest at Thanksgiving dinner instead of one of the courses.

"I think he gets a pardon. I couldn't look him in the eye and in good faith go ahead with it," Carbonaro said. "He's definitely going to be a guest of honor at our Thanksgiving dinner."

Carbonaro said she plans to look into donating Rockefeller to a local nature museum after the holiday.

Residents near Kane Meadows Park in Blaine, Minn., are used to seeing wild animals, but it's a rare day that sees a trapper snare a 75-pound beaver.

The behemoth of a beaver was pulled out of a ditch along a mile-long walking path where beavers had built a dam near a storm water pond, blocking the flow of storm water runoff into nearby Rice Creek.

So, the Rice Creek Watershed District hired the trapper to remove them from the area because they were causing damage along the trail, but they were shocked when the trapper caught one that weighed as much as a medium-sized dog.

The semi-aquatic rodent species is known to grow up to 60 pounds in the wild.

Bikini barking! The scantily-clad protester who�s refusing to wear anything else or eat� until she finds her pet chihuahua

Arlene Mossa Corona wore a bikini and held up a sign with pictures of her dog Chispeta at an intersection in San Deigo this week.

Corona said she tried everything to find her dog, from calling the pound to contacting a pet psychic.

The only other option was to wear her bikini in the 50-degree weather and not eat until she finds the dog. She listed her phone number and multiple pictures of Chispeta on her signs.

�Against my family's wishes, I will be skipping my family Thanksgiving celebration this year and standing out there alone in an effort to be reunited with my dog,� she said. �Thanksgiving won't be the same without Chispita.�

Cars honked and men whistled and shouted cat-calls at the woman as she held up her sign, wearing red pumps, and a skimpy bikini.

A maintenance worker in her complex told Corona that he saw a girl take the dog. Corona believes that if the dog was stolen, whoever took it may be too afraid to return it.

We have 729 guests and no members online