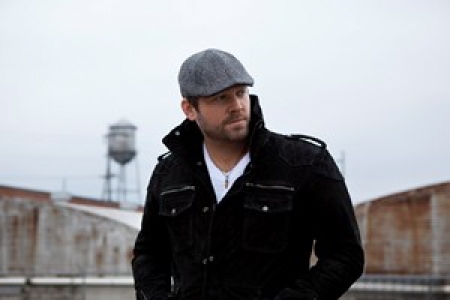 The New York Times – “…one of the year’s most impressive country albums.”
– Jon Caramanica

USA Today – “…Hard 2 Love is as well-crafted a set of country tunes
as you’ll hear all year.” – Brian Mansfield

Billboard – “Brice is gearing up for many more trips to the top
with music this good.” – Chuck Dauphin

Nashville, Tenn. – (April 25, 2012) – Award-winning singer/songwriter, Lee Brice, launches his new album, Hard 2 Love, with the lead single, “A Woman Like You,” having reached No. 1 and the next single, “Hard to Love,” hitting radio now. With Hard 2 Love, an ACM Award for “Song of the Year,” and his first No. 1 as a vocalist, Brice’s career is soaring to new heights.

Brice’s high-profile media blitz began with co-hosting duties on the No. 1 national morning show “Today” on March 20 and continues through the next two weeks. This week, Brice is back in New York promoting the new album and has already appeared on “Fox & Friends,” CNN’s “Showbiz Tonight,” and “Imus In The Morning.”

In the event you have missed one of these appearances, you can click on the link below:

Next week, Brice is off to the West Coast to make his late night debut on “The Tonight Show with Jay Leno” on Monday, May 1, followed by a “The Late Late Show with Craig Ferguson” performance later in the week (date TBD). He will also will appear and perform on the mid-day syndicated “The Better Show” on Wednesday, May 2. His busy week will end back east with a visit to “Huckabee” to tape on Saturday, May 5, and will air on May 12.

Hard 2 Love gives audiences a glimpse into Brice’s current place in life. In addition to songs explicitly written by Brice for his fiancé and son, the album contains an assortment of songs that cover a multitude of emotions from boisterous party songs to songs about coping with the loss of a loved one.

Brice commented on the selection of tracks: “Everything on the new album is very pertinent to who I am right now and where I am in my life. I have some very personal stuff on there, and had to be really honest with it. Hopefully, folks will see that.”

In addition to co-producing the album, Brice has co-written eight of the 13 tracks. 12 of these songs are currently charting inside the iTunes Top 200 songs on the Country chart. Hard 2 Love is available now in stores. For further information, please visit www.leebrice.com.

We have 451 guests and no members online