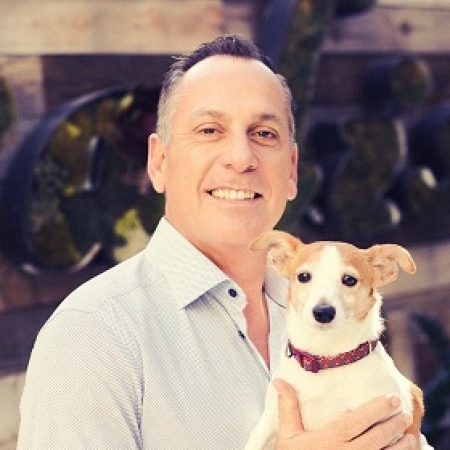 For the past 19 years, National Football League referee John Hussey has enjoyed an exciting career calling penalties, calculating down and distance numbers, and officially controlling a game played by some of the fastest, meanest, strongest, and most physically intimidating men on the planet.

He has worked on several playoff assignments including 3 Championship Games, 5 Wild Card games, 3 Divisional games and a Pro Bowl. In 2011, he was a Linejudge in the highest-level game of his NFL career at Super Bowl XLV (Green Green Bay Packers vs. Pittsburgh Steelers in Dallas, TX). Most recently, he served as the Alternate Referee in this year’s 2020 Super Bowl LIV in Miami.

Off the field, John spends his time rescuing animals in desperate need -- a pet project that has turned into an unexpected yet rewarding second career.

As the Founder and CEO of CUDDLY, John launched a purpose-driven company that helps animal rescue organizations create their own fundraisers, organize wish lists, and gain support for initiatives that save animals in the most critical of conditions. With over 2,000 animal welfare partnerships worldwide, CUDDLY helps these nonprofit organizations raise funds, awareness and assistance by providing them with essential online marketing and financing tools, including online fundraisers tied to the sale of pet products or through monetary donations.

John has been married to his wife Paula for 23 years. The couple have three wonderful children and a dog named Benji.

We have 104 guests and no members online