The Film Detective Brings the Comfort of Classic Film to Uncertain Times With Movie Marathons Dedicated to Charlie Chaplin, Roger Corman's 94th Birthday & April Fools' Day! Step Into Spring on the Lighter Side With an Entire Month Dedicated to Classi Featured 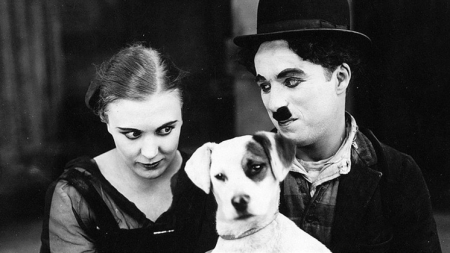 The Film Detective Brings the Comfort of Classic Film to Uncertain Times With Movie Marathons Dedicated to Charlie Chaplin, Roger Corman's 94th Birthday & April Fools' Day!
Step Into Spring on the Lighter Side With an Entire Month Dedicated to Classic Comedy
ROCKPORT, Mass. — April 1, 2020 — The Film Detective (TFD), a classic media streaming network and film archive which restores classic films for today's cordcutters, is offering a brief escape from these challenging times with the light-hearted side of classic film and television.
While the theaters may be closed and many confined at home, one thing that offers a bit of respite in times of overwhelming news is the nostalgia of classic film and television.
Beginning April 1, TFD is featuring a collection of classic comics on its live channel and adding more than a dozen comedies to its streaming library of over 1,000 classic film and television titles—and a variety of movie marathons.
April Fools’ Day will showcase the Golden Age’s favorite goofs—including The Three Stooges, Buster Keaton, Dean Martin and Jerry Lewis and Abbott and Costello—for 24 hours of laughs on Sling, STIRR and DistroTV.
It wouldn’t be a month of classic comedy without Charlie Chaplin, so TFD is honoring the anniversary of The Tramp’s birthday on April 16! Favorites including The Kid (1921) and The Adventurer (1917) will be featured, as well as the tale of Chaplin’s rise to fame in Chaplin’s Art of Comedy (1966), from legendary independent filmmaker Sam Sherman. Chaplin’s birthday will be followed by a weekend-long marathon of comedy, from Friday, April 17, to Sunday, April 19. In times when everyone could use a laugh, no one fits the bill quite like Chaplin and his comedic peers of yesteryear.
Comedy marathons are only part of the events on TFD this month. To celebrate the 94th birthday of iconic film legend, Roger Corman, Sunday, April 5, TFD is featuring a Roger Cor-Marathon from 3:30 p.m.-midnight ET. A Bucket of Blood (1959), The Little Shop of Horrors (1960) and more will be featured to the delight of fans. Viewers can also enjoy exclusive commentary on Corman's classics from director Joe Dante and Roger Corman himself in Trailers from Hell videos, available on the TFD app.
A Dog’s Life (1918)
Additionally, in honor of Easter on April 12, TFD will be stocking its streaming app with religious titles from The Cathedral Films Collection and The Loyola Films Collection, courtesy of Vision Video.
For more information on The Film Detective’s April schedule, visit https://www.thefilmdetective.com
About The Film Detective:
The Film Detective (TFD) is a leading distributor of restored classic programming, including feature films, television, foreign imports and documentaries. Launched in 2014, TFD has distributed its extensive library of 3,000+ hours of film on DVD and Blu-ray and through leading broadcast and streaming platforms such as Turner Classic Movies, NBC, EPIX, Pluto TV, Amazon, MeTV, PBS and more. With a strong focus on increasing the digital reach of its content, TFD has released its classic movie app on web, iOS, Roku, Amazon Fire TV and Apple TV. TFD is also available live with a 24/7 linear channel available on Sling, STIRR and DistroTV. For more information, visit us at www.TheFilmDetective.com
# # #

More in this category: « Support Doris Day and her online auction to support the Doris Day Animal Foundation Check out some archived footage of the life of actress, singer, animal advocate Doris Day »
back to top

We have 547 guests and no members online