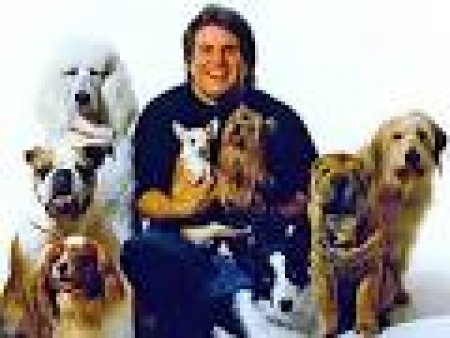 Bash & Friends.jpgAs author of six best-selling books on responsible pet ownership, training and the proper treatment of animals in the entertainment industry, Bash Dibra sets the industry standard of service to celebrities and their pets as well as to pets who are celebrities in their own right. Mr. Dibra has trained the pets of countless celebrities, including Matthew Broderick, Sarah Jessica Parker, Kathleen Turner, Mariah Carey, Joan Rivers, Kim Bassinger and Alec Baldwin. His own pets are celebrities themselves, featured in motion pictures, television commercials and print ads.

More in this category: « Ada Nieves, Pet World Fashionista will join Jon & Talkin' Pets at Hotel Penn Saturday at 530pm ET to discuss their NYC Pet Fashion Show and her world of fashion pets including the Chihuahua from the movie Hustlers with Jennifer Lopez Alan Fausel, New York City's Executive Director of the Dog Museum will join Jon & Talkin' Pets live from Hotel Penn to discuss the latest at the museum »
back to top

We have 348 guests and no members online