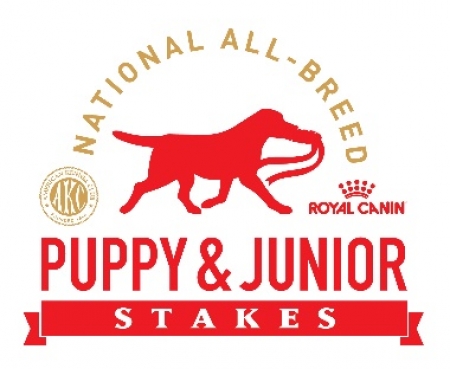 Coverage of the AKC Royal Canin National All-Breed Puppy and Junior Stakes is available for replay at AKC.tv.

After winning Best of Breed competitions, the following top dogs went on to win in their respective groups and compete for Puppy/Junior of the Year:

Founded in 1884, the American Kennel Club is a not-for-profit organization which maintains the largest registry of purebred dogs in the world and oversees the sport of purebred dogs in the United States. The AKC is dedicated to upholding the integrity of its registry, promoting the sport of purebred dogs and breeding for type and function. Along with its more than 5,000 licensed and member clubs and its affiliated organizations, the AKC advocates for the purebred dog as a family companion, advances canine health and well-being, works to protect the rights of all dog owners and promotes responsible dog ownership. More than 22,000 competitions for AKC-registered purebred dogs are held under AKC rules and regulations each year including conformation, agility, obedience, rally, tracking, herding, lure coursing, coonhound events, hunt tests, field and earthdog tests. Affiliate AKC organizations include the AKC Humane Fund, AKC Canine Health Foundation, AKC Reunite and the AKC Museum of the Dog. For more information, visit www.akc.org.

More in this category: « Attention Florida: Enter to win a screening pass for two of the musical "Cats" by Universal Pictures - Read Below AMERICAN ASSOCIATION OF FELINE PRACTITIONERS RELEASES UPDATED FELINE RETROVIRUS GUIDELINES TO THE VETERINARY COMMUNITY »
back to top

We have 691 guests and no members online