CMT MUSIC PREMIERES BLANE HOWARD’S MUSIC VIDEO “PROMISE TO LOVE HER’’ and Blane will join Jon and Talkin' Pets live on Saturday 11/16/19 at 630pm ET to discuss his music and upcoming album. Blane will also give away copies of his last album on air. Featured 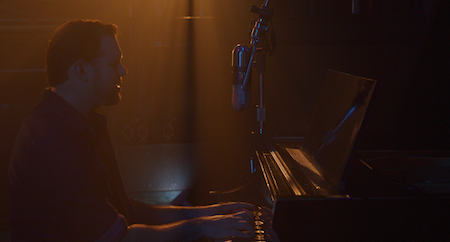 (Click to Download)
Watch Video Here
NASHVILLE, Tenn. (November 11, 2019) ⎼ When Arkansas native Blane Howard wrote “Promise to Love Her” it was never meant to be anything more than a simple gift. A gift that Howard surprised his bride, Megan, with on the morning of their wedding. Penning the song was, for him, less about writing a song, and more about translating his love for his wife into something they could always share, and it is one that most people will surely relate with. The song has quickly become his biggest success to date with more than 40 million streams across digital platforms. Shortly after the song’s release, at his fans’ behest, Blane and some friends created a video for the song, which included actual footage from his own wedding. While the original video has garnered more than 7.5 million views online, it was time to freshen it up for broadcast television. Last week, the official music video, featuring his wife, premiered on CMT Music and CMT.com.
“This song has touched so many people across the country and beyond, and I can’t wait to see how many more it will touch by being on CMT. This new version of the video tells the story how I always wanted it told, and I think the viewers will enjoy it even more,”  said Howard.
The video was directed and produced by four-time CMT Video of the Year nominees, 1010 Creative’s Steve Jawn and Dani Condon. “Promise to Love Her” was written by Howard with ACM Award winner Jordan Reynolds (Dan + Shay’s “Tequila”) and produced by GRAMMY, ACM, and CMA Award nominated producer Brad Hill (Maren Morris, Brothers Osborne).
About Blane Howard
Blane Howard embraces the sound he was raised on in Arkansas by infusing the styles of country music greats like Alan Jackson, Brooks and Dunn and Randy Travis with his own personal flair. His relatable lyrics, powerful vocals, and entertaining shows are winning him fans around the world. Today he is drawn toward the styles of artists like Blake Shelton, Dierks Bentley, and Brothers Osborne. All of these influences have made an impact on Blane's unique style of country, modern-traditional, mixing the authenticity of the 90s with the contemporary edge of today! Since graduating from Belmont University in 2010, Howard has had the privilege of opening shows for country icons including Blake Shelton, Josh Turner, Joe Nichols, Lauren Alaina, Trace Adkins and many more. He has played venues of all sizes across the country, as well as all types of fairs and festivals. When Blane is not on the road, he stays busy writing new songs with fellow artists and songwriters in Nashville. Keep up to date with Blane at his website blanehoward.com

Blane Howard is a country music artist and songwriter who is making the grade across the board within the country music industry, at country radio and among its fans. His original song, “Promise To Love Her,” has generated more than 7 Million video views across multiple platforms, and more than 36 Million Streams. This Arkansas native, named the 2018 and 2019 Male Vocalist of the Year at the Arkansas CMAs, embraces the sound he was raised on by infusing the styles of country music greats like Alan Jackson, Brooks & Dunn, and Randy Travis, with his own personal flair. His relatable lyrics, powerful vocals, and entertaining shows are winning him fans around the world.

At the age of 3, Blane stood in front of the TV with a blue and green plastic guitar and sang along with Alan Jackson's, "Chasin' That Neon Rainbow." A big fan of Johnny Cash as well, and sharing the same birth date, Howard tells a story about his grandmother singing Cash songs to him and his cousins. Living close to a railroad track, she would rush all the kids to the window when they would “hear the train a coming” and break into her rendition of “Folsom Prison Blues.” Howard often says that as a child he thought Cash had stolen the song from her! Today he is drawn toward the styles of artist like Blake Shelton, Dierks Bentley, and Brothers Osborne. All of these influences have made an impact on Blane's unique style of country, modern-traditional, mixing the authenticity of the 90s with the contemporary edge of today!

Since graduating from Belmont University in 2010, Howard has had the privilege of opening up shows for many country greats including Blake Shelton, Josh Turner, Joe Nichols, Lauren Alaina, Trace Adkins, Rodney Atkins, Hunter Hays, Granger Smith, Travis Tritt, Charlie Daniels Band, and others. Blane has played multiple venues of all sizes as well as all types of fairs and festivals across the mid plains and mid-south including the Arkansas State Fair, State Fair of Texas, South Carolina Peach Festival, Western Kentucky State Fair, and multiple shows at CMA Fest.

‘Bout Time' is the title track to Blane's original EP which was released in January of 2013; he followed that up in 2014 with a two-song CD of "Arkansas, Y'all," which was a song penned for the Arkansas Department of Tourism’s Song of Arkansas contest. In 2015, he released his first full album, "Away We Go," which has many great singles including "Friday Feeling," and "Crazy," as well as the title track. Blane was married in the fall of 2016 and as a gift for his bride-to-be, he wrote "Promise To Love Her." After a short video clip from their wedding of the couple dancing to the song took off on social media, and requests for the song flooded his social media pages, he decided that he should record the song. In March of 2017 the single released to glowing reviews and hit national radio, making its way to #33 on the Music Row Breakout Chart, holding there for three weeks. The music video has picked up over 5.7 MILLION views on FB alone and also received television airplay on networks such as Great American Country, The Country Network, and The Heartland Network where it continues to air today. The Heartland Network also picked up Howard’s music video for his single “Crazy.”

In early 2018, the legendary John Berry invited Blane to film a segment with him for The Heartland TV Network’s second season of “Songs and Stories with John Berry.” The show was filmed at the Fontanel in Nashville and Howard’s episode aired in June of 2018.

When Blane is not on the road, he stays busy writing new songs with other artists and songwriters in Nashville.

Be sure to follow Blane Howard on social media for all of the latest career updates, show announcements, and new music releases.

More in this category: « Dr.SALLY LESTER RECEIVES JFMS 20th ANNIVERSARY AWARD FROM AAFP AT ANNUAL CONFERENCE "On the Backs of Tortoises" Darwin, the Galápagos, and the Fate of an Evolutionary Eden, author Elizabeth Hennessy will join Jon & Talkin' Pets 11/16/19 at 5pm ET to discuss and give away her new book »
back to top

We have 1023 guests and no members online