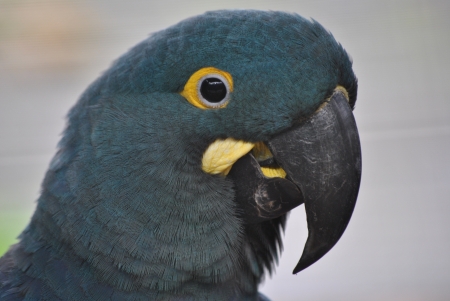 The Convention, that took place in Tenerife, Canary Islands, gathered together 850 congress attendees of 47 different nationalities, at an event in which the most worldwide-recognised experts in the field participate

[PRESSWIRE] Tenerife, Spain - 12 October, 2018 -- A resounding success: that is the summary of the IX Parrot Congress organised by the Loro Parque Foundation and held last week in Tenerife, where 850 congress participants of 47 different nationalities met. The experience, unique in the world, counted on the participation of the most recognised experts in the field worldwide.

This record number of nationalities present has allowed the interaction of the congress participants with various professionals and experts in different scientific areas, native to each continent where the Loro Parque Foundation develops multiple conservation projects among which are those that have managed to save nine parrot species from extinction. Up to now the Loro Parque Foundation has donated over 18 million dollars to support conservation projects for endangered species around the world.

During the Congress some of the most successful results obtained so far by the projects carried out by the Foundation were detailed, which show that the protection of parrot species also favours the protection of other species. Thus, thanks to these projects it has even been possible to identify new species of fauna -especially reptiles- as well as flora.

A total of 22 international speakers, whose conferences were simultaneously translated into four languages, have contributed their experiences and knowledge throughout this week in which, in addition to talks, many other actions were carried out. This year, in response to an unprecedented demand, intensive workshops were given in the days following the Congress, in which different experts have offered direct training in different fields linked to the world of conservation.

This Congress, unique in the world due to its nature and extraordinary convocation capacity, has moved some 1,000 people around the Island, congress attendees and their companions, who have been able to enjoy the excellence of the climate of Puerto de la Cruz as well as the biodiversity of the Canary Islands. The social programme of the convention also included an impressive typical Canarian dinner in the Plaza del Palacio Municipal in La Orotava; another, no less important, in the Auditorium of Santa Cruz de Tenerife; a visit to the Island of Gran Canaria to enjoy the Poema del Mar Aquarium, and, finally, a memorable Gala Dinner in the gardens of the Botánico Hotel.

As part of the celebration of the IX Parrot Congress, Loro Parque has also inaugurated its new installation of Pygmy Hippos. The event was enjoyed by a large number of congress attendees, as well as numerous local authorities and representatives of the private sector, who were able to observe up-close an unparalleled naturalised space designed especially by the Park's team for the new arrivals.

In addition, also as part of the Congress programme, the Loro Parque Foundation has awarded the prestigious Gorilla Prize to Rosemary Low, a passionate defender of parrots who has dedicated her life to these birds through breeding and conservation. This year saw the fifteenth edition of this award, which emphasises environmental responsibility, taking into account strategies and actions to conserve biodiversity and promote the sustainable use of resources.

More in this category: « Ken Foster author of "City of Dogs" will join Jon and Talkin' Pets 10/13/2018 at 5pm EST to discuss and give away his new book Pierce Brosnan to host 7th Annual "Breakthrough Prize" live on National Geographic November 4, 2018 »
back to top

We have 244 guests and no members online