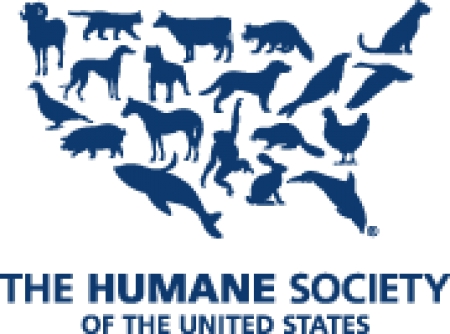 Historic “Yes on 13” Campaign Launched to End Dog Racing
Constitutional Amendment to Phase Out Greyhound Racing by 2020 Will Appear on November Ballot
TAMPA—Humane advocates will launch an historic campaign to phase out greyhound racing in Florida this morning, with a press conference at the Humane Society of Tampa Bay. State Senator Dana Young, a steadfast advocate of greyhound protection issues in the legislature, will announce the campaign along with Hillsborough County Commissioner Ken Hagan, campaign volunteers, and rescued greyhounds.
“Greyhound racing is cruel and inhumane,” said Protect Dogs – Yes on 13 Co-Chair Kate MacFall. “Thousands of dogs endure lives of confinement and substandard treatment at Florida dog tracks, and every three days a greyhound dies.”
Following the kick off, the campaign will hold thirteen grassroots meetings across the state. Protect Dogs – Yes on 13 recently launched a digital campaign to inform voters about the cruelty of greyhound racing. The campaign will communicate to voters directly via a dedicated website, Facebook page, Twitter feed and Instagram account.
“This will be a true grassroots campaign,” said Protect Dogs – Yes on 13 Co-Chair Joyce Carta. “We are confident that when Floridians see the way greyhounds suffer in this industry, they will vote Yes for the dogs.”
The campaign has chosen to make this historic announcement at the Humane Society of Tampa Bay, one of the leading animal welfare organizations in the state.
“We are proud to host this historic announcement,” said Sherry Silk, Chief Executive Officer of the Humane Society of Tampa Bay. “Dogs play such an important role in our lives, we consider them family, and they deserve to be protected.”
Serious animal welfare concerns have been documented at Florida dog tracks. Thousands of greyhounds endure lives of confinement at these facilities, kept in warehouse-style kennels in rows of stacked cages for 20 to 23 hours per day. Also, according to state records, 458 greyhound deaths have been reported at Florida dog tracks since 2013.
Commercial greyhound racing is illegal in 40 states, and two-thirds of all remaining dog tracks nationwide are in Florida.
About the Protect Dogs – Yes on 13 campaign
Protect Dogs – Yes on 13 is a grassroots campaign working to end the cruelty of greyhound racing in Florida. Protect Dogs – Yes on 13 is being sponsored by greyhound protection group GREY2K USA and the Humane Society of the United States. To learn more, go to ProtectDogs.org, or visit the campaign on Facebook, Twitter and Instagram.
About the Humane Society of Tampa Bay
For more than 100 years, the Humane Society of Tampa Bay has been dedicated to ending animal homelessness and providing care and comfort for companion animals in need. Named a Four-Star Charity by Charity Navigator since 2008, designated a Platinum Participator with GuideStar, recognized as a Service Enterprise by Points of Light, and accredited by AAHA, the standard in veterinary excellence, the Humane Society of Tampa Bay is dedicated to the highest standards in animal sheltering and veterinary care. Our adoption programs, affordable veterinary services, community outreach efforts and volunteer opportunities are essential to the health and wellbeing of animals across Tampa Bay. HumaneSocietyTampa.org.
PAID POLITICAL ADVERTISEMENT PAID FOR BY THE COMMITTEE TO PROTECT DOGS 2640 MITCHAM DRIVE, TALLAHASSEE, FL 32308
###