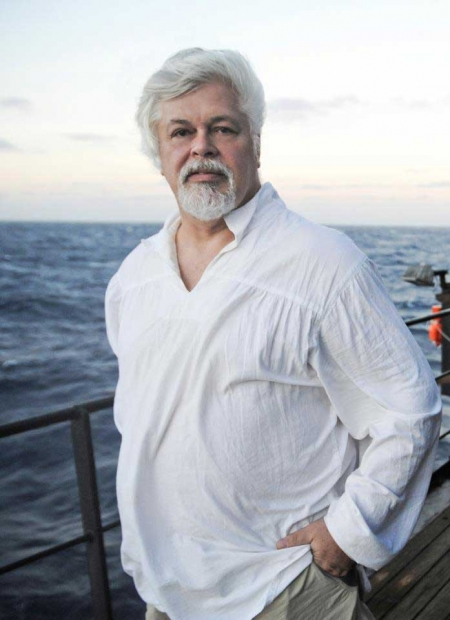 Watson was one of the founding members and directors of Greenpeace. In 1977, he left Greenpeace and founded Sea Shepherd Conservation Society. A renowned speaker, accomplished author, master mariner, and lifelong environmentalist, Captain Watson has been awarded many honors for his dedication to the oceans and to the planet. Among many commendations for his work, he received the Genesis Award for Lifetime Achievement in 1998, was named as one of the Top 20 Environmental Heroes of the 20th Century by Time Magazine in 2000, and was inducted into the U.S. Animal Rights Hall of Fame in Washington D.C. in 2002. He was also awarded the Amazon Peace Prize by the president of Ecuador in 2007.

In 2012, Captain Watson became only the second person after Captain Jacques Cousteau to be awarded the Jules Verne Award, dedicated to environmentalists and adventurers.” For more info: ww.seashepherd.org

More in this category: « Book Now at Hotel Penn in NYC for Westminster 2019 and get up to 50% off 100th Anniversary of Migratory Bird Treaty Act Marks Major Conservation Success »
back to top

We have 260 guests and no members online