MARIA MENOUNOS, host of Sirius XM’s “Conversations with Maria Menounos,” actress & author, will join Jon and Talkin' Pets 3/31/18 at 721pm EST to discuss the Beverly Hills Dog Show and the "Every Dog is a Star" movement Featured 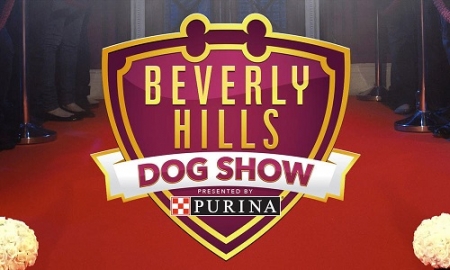 CELEBRATE THE STARRING ROLE PETS PLAY IN OUR FAMILIES WITH ACTRESS

JOURNALIST AND PET LOVER ENCOURAGES DOG OWNERS TO JOIN THE “EVERY DOG IS A STAR” MOVEMENT BENEFITING MUTT-I-GREES, A PROGRAM THAT HELPS SHOW CHILDREN THE POSITIVE IMPACT OF PETS

This April 1st marks the second annual “Beverly Hills Dog Show Presented by Purina” a show that will combine the stars of Hollywood with the stars of the dog world! Pet lovers across the world are invited to share the positive impact dogs make in our lives through its “Every Dog is a Star” program.

Dog owners are encouraged to log onto Facebook, Twitter or Instagram to post photos or videos showing how their dog is the true star of the family. For every original post submitted between March 26-April 8, using the hashtag #BHDogShow and tagging @Purina, they will donate five dollars (up to $25,000) to Mutt-i-grees, a program run by North Shore Animal League America that helps show children the positive impact pets can have on their lives through interaction with shelter dogs. The funds will be used to help expand the program to more schools around the country.

Actress Maria Menounos is available along with one of her many furry friends, to discuss the second annual star-studded dog show, what her favorite breeds are, the “Every Dog is a Star” Program and the Mutt-i-grees organization.

Maria Menounos is the host of Sirius XM’s “Conversations with Maria Menounos”, and the former host of E! News. She is also the New York Times bestselling author of The EveryGirl’s Guide to Cooking, and The EveryGirl’s Guide to Diet and Fitness. The digital entrepreneur co-founded AfterBuzz TV with partner Keven Undergaro, and created and executive produced the ABC special #DanceBattle America alongside Keven Undergaro and Julianne Hough. She also has a line of Greek food, Maria’s Greek Delights, which she launched with her mother. As an actress on the big screen, she has appeared in Tropic Thunder, Kickin it Old Skool', and The Fantastic Four. Small-screen acting endeavors include guest roles on CBS’ Without a Trace, NBC’s Scrubs, and HBO’s Entourage, as well as a recurring role on the CW’s One Tree Hill.

More in this category: « Skip Cherryholmes, guitarist/vocalist and co-founder of Bluegrass band SIDELINE will join Jon and Talkin' Pets 3/31/18 at 630pm EST to discuss and give away their new CD The Florida Aquarium earns top rating from charity navigator »
back to top

We have 469 guests and no members online