Skip Cherryholmes, guitarist/vocalist and co-founder of Bluegrass band SIDELINE will join Jon and Talkin' Pets 3/31/18 at 630pm EST to discuss and give away their new CD Featured 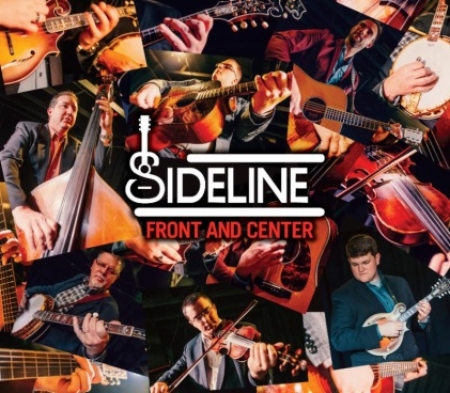 SIDELINE's dynamic first album for Mountain Home Music Company, FRONT AND CENTER, will be released April 27.  Their current radio single, "Thunder Dan," is #1 on the Bluegrass Today Chart this week. The companion video is airing on The Country Network.

Skip takes the lead vocal on the quiet contemplation of Gordon Lightfoot's "Song For A Winter's Night" with a masterful touch making it an album highlight. With no banjo, this quiet ballad creeps slowly into the heart as it captures the loneliness and soft, sweet sadness of a solitary winter's evening. The result is a solemn and reflective tune delivered with the contemplative longing of the original - as well as subsequent covers - which include versions by artists as diverse as Sarah McLachlan and Harry Belafonte. Gordon Lightfoot released “Song For A Winter’s Night” in 1967; Rice’s iconic recording hit the airwaves in 1986.

A pedigreed six-piece powerhouse that has set the pace in Bluegrass for over two decades, SIDELINE was founded by Steve Dilling (banjo), Skip Cherryholmes (guitar) and Jason Moore (bass).  The three have all made historical and significant contributions to the genre as members of highly-awarded groups, with multiple Grand Ole Opry appearances, and years of global touring behind them.  What started as a side project for these seasoned players soon expanded as the core members were joined by Bailey Coe (guitar) and Troy Boone (mandolin).  Newcomer Daniel Greeson replaced longtime band member Nathan Aldridge on fiddle in 2018.  With songs that range from pulse-pounding barn burners to those sung from the heart, this sextet brings perfected timing and dynamic - as well as visceral emotion - to their music.  With three previous successful album releases, audiences have found that whether live or recorded, the group moves easily from well-chosen, neo-traditional covers to new material curated with a holistic sense of identity and mission.  Add their on-stage energy and powerful harmonies to the mix, and you have the best of the revered Carolina 'Grass sound.

We have 845 guests and no members online