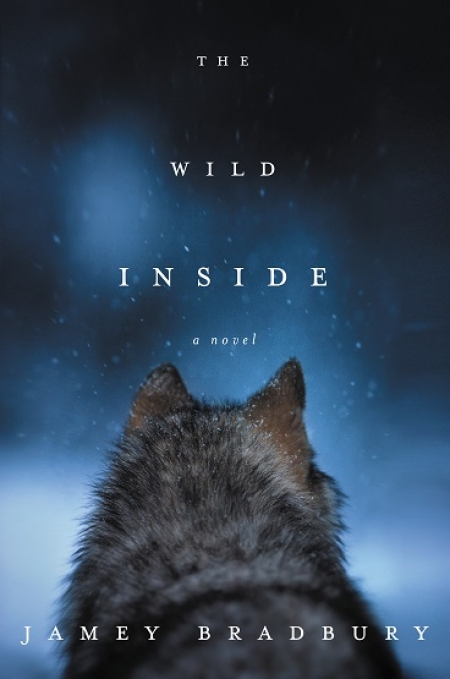 "THE WILD INSIDE is an unusual love story and a creepy horror novel — think of the Brontë sisters and Stephen King."
– John Irving, International and New York Times Bestselling author

A promising talent makes her electrifying debut with an unforgettable novel, set in the Alaskan wilderness, that is a fusion of psychological thriller and coming-of-age tale!

EARLY PRAISE FOR THE WILD INSIDE

“Set in the dense Alaska wilderness, Bradbury’s quiet yet haunting debut novel is equal parts back-to-the-land adventure story and foreboding psychological thriller. …Bradbury builds suspense by keeping Tracy—and the reader—mostly in the dark about what’s actually going on until the gruesome reveal at the end. She also adds other elements to keep interests piqued: Tracy’s ability to sense her kills’ thoughts adds a mystical element to the narrative, and the detailed depiction of mushing is captivating. It’s a unique take on rural noir.”


THE WILD INSIDE(William Morrow, On-sale: 03/20/18, 9780062741998, $25.99) follows natural born trapper and hunter Tracy Petrikoff as she spends her days tracking animals and running with her dogs in the remote Alaskan forests surrounding her family’s home. Tracy has been anticipating running the Iditarod her whole life, following in the footsteps of her father, a seasoned musher and race champion. She is on the cusp of her 18th birthday and finally eligible to compete, but her father has forbidden her to train for the race—he and her brother can’t cope with the recent, unexpected death of Tracy’s mother. So, in secret, she runs the dogs at night in the wilderness surrounding her family’s home, training for the ultimate challenge. And though she feels safe in this untamed land, Tracy still follows her late mother’s rules: Never Lose Sight of the House. Never Come Home with Dirty Hands. And, above all else—Never Make a Person Bleed.

While she is foraging in the woods, a stranger attacks Tracy and knocks her unconscious. But she can’t tell her father about the assault because she would risk having to tell him the truth about what she was really doing in the forest. Now, everything she thought about the tranquility and safety of her homestead is questioned.

The next day, she glimpses an eerily familiar man emerge from the tree line, gravely injured from a vicious knife wound—a wound from a hunting knife akin to the one she carries in her pocket. Was this the man who attacked her? Did she almost kill him? Did she break her mother’s most important rule? With her memories of the events jumbled after hitting her head, Tracy can’t be sure.

Then a mysterious wanderer appears, looking for a job. Tracy senses that Jesse Goodwin is hiding something, but she can’t warn her father without explaining about the attack—or why she’s kept it to herself. It soon becomes clear that something dangerous is going on. The way Jesse has wormed his way into the family, the threatening face of the stranger in a crowd, the boot-prints she finds at the forest’s edge. Tracy doesn’t know who she can trust, but the real danger is closer then she would have ever imagined.

Bradbury showcases her distinctive voice and true command of a language that rings with authenticity, not only of the remote Alaskan setting but of a girl on the edge of womanhood. THE WILD INSIDEis a masterful portrait of the world of dog-sled racing in the isolated wilderness. Exploring the difficulties of life as we are thrust into adulthood, Bradbury transports readers into Tracy’s world and as they become growingly engrossed in her choices, readers will be shocked at her last poignant decision.

ABOUT THE AUTHOR: Jamey Bradbury is a writer who lives in Anchorage, Alaska. Her fiction has appeared in Black Warrior Review (winner of the annual fiction contest), Sou'wester, and Zone 3 and won an Estelle Campbell Memorial Award from the National Society of Arts and Letters. She has written nonfiction for Alaska Dispatch News, TheBillfold.com, and StorySouth. Born in Illinois, Jamey has lived in Alaska for fifteen years, leaving briefly to earn her MFA from the University of North Carolina, Greensboro, after which she worked for two years as the assistant to the novelist John Irving. She has served in the Peace Corps and now works for an Alaska Native social services agency.

More in this category: « Congressional Budget Delivers Benefits for Birds Skip Cherryholmes, guitarist/vocalist and co-founder of Bluegrass band SIDELINE will join Jon and Talkin' Pets 3/31/18 at 630pm EST to discuss and give away their new CD »
back to top