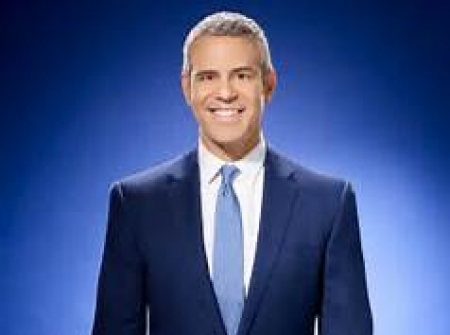 In celebration of the National Dog Show and the Thanksgiving holiday, Purina invites dog lovers across the world to share why the dog sitting next to them is the best through its annual #DogThanking initiative. The proceeds from this social media program will be donated to support people and pets affected by hurricanes in Texas, Florida, Puerto Rico and other areas.

Dog owners are encouraged to log onto Facebook, Twitter or Instagram to post photos or videos showing why the beloved dog sitting next to them is the best by using the hashtag #DogThanking. For every original post submitted through November 26 using the hashtag and tagging @Purina, they will donate one dollar to GreaterGood.org (up to $50,000) an organization devoted to improving the health and well-being of people, pets, and the planet. More specifically, the donations raised will be used to support hurricane relief for pets and people.

The National Dog Show will premiere on Thanksgiving Day at noon in all time zones. For the 16th year, the show will bring canine competition and entertainment to America’s viewers and crown one of America’s great dogs as its 2017 champion. More than 1,700 dogs representing more than 175 breeds will vie for Best in Show honors. The show is watched by more than 25 million viewers annually. Beloved TV personality John O’Hurley, best known as “J. Peterman” on Seinfeld, will serve as show co-host, along with veteran dog show analyst David Frei.

Andy Cohen is an Emmy Award-winning host, producer, and author best known as the host and executive producer of “Watch What Happens Live,” Bravo’s late night, interactive talk show.  The series is the only live show in Late Night, and features everyone from “Bravolebrities” to big names in pop culture, including Oprah Winfrey, Cher, Lady Gaga, Meryl Streep, Jennifer Lopez, Will Ferrell, and Jimmy Fallon. He also serves as executive producer of “The Real Housewives” franchise and hosts the network’s highly rated reunion specials. In 2014, Details Magazine called the show, “compulsively engrossing,” while touting Cohen as a “genius;” possibly “the smartest man on TV;” GQ describes “Watch What Happens Live” as “the most primitively authentic ting on television” and TV Guide thinks it’s late night’s “unlikeliest success story.” In his ten years as an executive at Bravo he was responsible for an aggressive slate of unscripted series and specials including hits such as "Project Runway,” “Top Chef,” “Queer Eye,” "The Millionaire Matchmaker,” “Million Dollar Listing,”  “Being Bobby Brown,” “Shahs of Sunset,” “Flipping Out,” “Top Design,” “Work Out,” “Make Me a Supermodel,” “Blow Out,” “Kathy Griffin My Life On the D List,” “The A List Awards” “The Rachel Zoe Project,” “Work of Art: The Next Great Artist,” “Bethenny Ever After,” “Tabatha’s Salon Takeover,” and “The Real Housewives” franchises.

More in this category: « Scott Graves, Director of The Florida Aquarium's Center for Conservation, will join Jon and Talkin' Pets to discuss efforts to recover Florida's coral reef following hurricane damage Nashville's Paul Bogart will join Jon and Talkin' Pets 11/18/17 at 730pm EST to discuss and give away his latest music CD and his competitive life in "Heeling" »
back to top

We have 605 guests and no members online