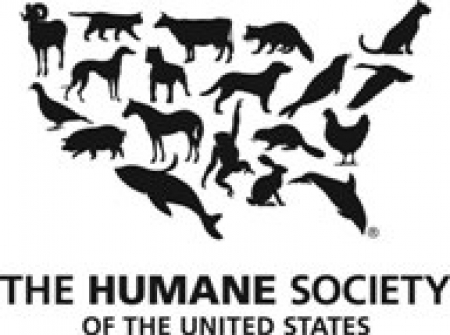 (May 18, 2017) – On the eve of Ringling Bros. permanently ending its traveling animal-based circus acts, The Humane Society of the United States released the results of a disturbing undercover investigation of a different traveling tiger act used by the Carden Circus and Shrine Circuses, showing tigers being regularly whipped and hit. In one instance, the investigator witnessed a trainer angrily whip at a tiger 31 times in less than two minutes after he became frustrated with the animal during a training session.

The HSUS investigation of ShowMe Tigers, a traveling tiger act hired to perform in circus shows, revealed numerous potential violations of the federal Animal Welfare Act and raises alarm about the violent handling and inhumane confinement of the tigers as well as safety concerns for the animals and public. ShowMe Tigers is owned and operated by tiger trainer Ryan Easley (aka Ryan Holder), one of many tiger trainers who contract with regional circuses around the country.

The investigation took place from December 28, 2016 through January 18, 2017, during which time The HSUS investigator was with Easley at his headquarters in Hugo, Oklahoma followed by nine days on the road while Easley toured with the Carden Circus, often performing for Shrine Circuses, in Sulfur Springs, Giddings, Bryan and Cedar Park, Texas, and in Shawnee, Oklahoma. Last year, Easley performed all season at Circus World Museum in Baraboo, Wisconsin. Prior to that, Easley toured with the Kelly Miller Circus for years.

The HSUS has filed a complaint with the U.S. Department of Agriculture asserting likely violations of the Animal Welfare Act, and is urging the agency to investigate ShowMe Tigers and take swift enforcement action for violations of federal law.

Wayne Pacelle, president and CEO of The HSUS said: “While it’s true that Ringling is going out of business, other circuses are still operating and using inhumane methods of handling wild animals. There’s no excuse or rationale for whipping tigers or other wild animals for these silly performances. All circuses should end their wild animal acts.”

In a statement provided to The HSUS, Jay Pratte, an animal-behavior expert, trainer, and wildlife consultant with 25 years of experience, said: “Ryan Easley utilizes archaic training methods which entail fear, force and punishment. In my professional opinion, the tigers at ShowMe Tigers are suffering from psychological neglect and trauma on a daily basis.”

The Humane Society of the United States is the nation’s largest animal protection organization, rated most effective by our peers. For more than 60 years, we have celebrated the protection of all animals and confronted all forms of cruelty. We are the nation’s largest provider of hands-on services for animals, caring for more than 100,000 animals each year, and we prevent cruelty to millions more through our advocacy campaigns. Read about our more than 60 years of transformational change for animals and people. HumaneSociety.org

More in this category: « Check out the Vegan way U.S. Fish and Wildlife Service presents honors awards to conservation partners »
back to top