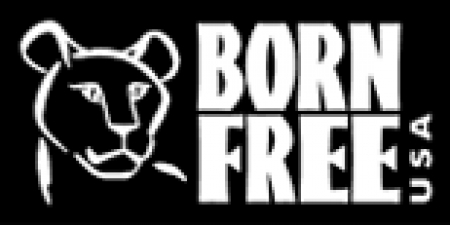 Learning to socialize and play for the first time in his life, Mikey has a new friend named Teddy

Washington, D.C., April 17, 2017 -- Four months ago, Born Free USA staffers transported Mikey—a two-year-old tantalus monkey who was being kept as someone’s “pet” in Alabama—to his new home at the 186-acre Born Free USA Primate Sanctuary in Texas. There, he will live the rest of his life with grass, trees, water, veterinary care, and hundreds of other primates.

For his first 30 days at the sanctuary, Mikey was kept in quarantine because he was not under veterinary care at his previous home. He needed to stay separate from the other monkey residents at the sanctuary while the veterinary staff assessed his condition and viral status. During this time, sanctuary caregivers monitored him closely and assisted in his transition to a more normal monkey life—far different than his life in captivity as a pet.

According to Tim Ajax, Director of the Born Free USA Primate Sanctuary, “Mikey came through these first four critical months with flying colors. We needed to give him a significant amount of proper human attention until he was able to take baby steps to begin socializing with our vervet monkeys. Given his relatively young age, we believed he would integrate quickly into the existing group and soon start living a much happier, healthier life outdoors. We are pleased to announce success for Mikey!”

Some behaviors are inborn, but Mikey missed out on all of the information and social nuances he would have absorbed if he had been reared by his mother and primate group, rather than by humans. Ajax explains, “Mikey had never been face-to-face with another monkey in his entire life, but we recently introduced him to a female vervet named Teddy, and they hit it off. After a brief grooming session, it was pedal to the metal, chasing and playing for hours. Teddy is much more experienced with socializing than Mikey and was very patient with him.”

According to Kate Dylewsky, program associate for Born Free USA, “Monkeys are wild animals and should never be confined in a home or considered a ‘pet.’ They have needs that cannot be met in captivity, and natural behaviors that are stifled through isolation and neglect. Private possession of primates is not only inhumane to a wild animal but is also a serious public health and safety issue.”

The Born Free USA Primate Sanctuary in Dilley, Texas (75 miles south of San Antonio) is the only one of its kind in the U.S. in that the majority of its residents—ages two to 31—live in free-ranging groups in natural enclosures of several acres. The sanctuary provides a safe, permanent home for its residents, many of whom were rescued from roadside zoos, private possession, or retired from research facilities. In order to allow residents the maximum amount of privacy and freedom, the sanctuary is not open to the public. However, the public can support the work of the sanctuary by making a financial donation. The Born Free USA Primate Sanctuary is accredited by the Global Federation of Animal Sanctuaries (GFAS).

More in this category: « Listener of Talkin' Pets, Christina and her dog Shadow needs your help Alien Day Returns April 26th! »
back to top

We have 450 guests and no members online