Su Ewing, Secretary of the DWAA will join Jon and Talkin' Pets live from Hotel Penn in NYC for the 141st Westminster Kennel Club Dog Show at 545pm EST to discuss the Dog Writers Association of America Featured 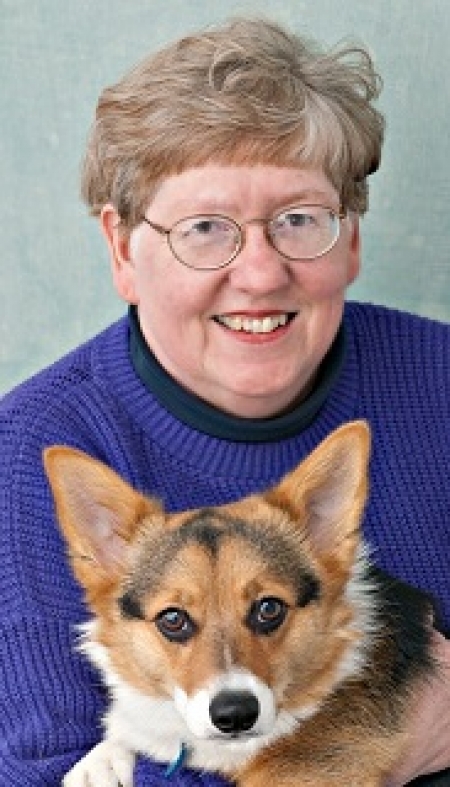 Susan M. Ewing has been “in dogs” for over 35 years, and has written eleven dog books, including Bulldogs for Dummies, Poodles for Dummies, and The Pembroke Welsh Corgi: Family Friend and Farmhand. She writes a bi-weekly pet column for The Post-Journal of Jamestown, NY and has written for many national cat and dog publications. Her latest book, American Pit Bull Terrier, won a Maxwell. She is a member of the American Society of Journalists and Authors, the Dog Writer’s Association of America and Cat Writers’ Association, of which she is president. Her cat flash cards, Cats! Train Your Owner! won a CWA Muse medallion, as well as the coveted President’s Award. She lives in Jamestown, NY with her husband, Jim, and two Corgis, Rhiannon and Gael.

The most recognized professional writing association devoted to dogs.

Dog Writers Association of America encompasses all aspects of the world of dogs – showing, performance, behavior, training, health, and the human animal bond. We recognize many kinds of media besides journalism. Artists and photographers have joined our ranks and we include mystery and fiction writers, poets, historians and veterinarians. We have members who host national radio shows and others who appear on TV programs. Blogging, website production, social networking, and videography are among the professional activities of other members.

For publishers and editors, we can recommend professional writers, help with topics for articles, and suggest sources and interview subjects.

For our members, we can share ideas for articles, help with interviews, discuss fees and contracts, and otherwise support you as you advance your career.

Our newsletter, “ruff DRAFTS,” is published quarterly. It includes articles and artwork by our professionals as well as columns by the officers.

History of the Dog Writers Association of America

All that survives of the first meeting is a crumbling, yellow sheet of note paper “DUES PAID AT FIRST MEETING” listing the names of eight people. These early meeting minutes set dues and decided that an annual meeting would be held in New York City every year immediately before the Westminster Kennel Club show.

From those eight founding members, DWAA has grown to a thriving membership of over 500.

From its very beginning, the DWAA objective has been to secure courtesies and amenities at dog shows so necessary for dog writers to do their jobs properly. Press facilities with laptop computers, tables, show results, catalogs and judging programs are now the established rule for dog shows around the country.

The best known feature of the DWAA is the annual writing contest, which encourages excellence in writing about dogs in all aspects of communication. The competition is open to all writers, photographers, editors and publishers — with no distinction between amateurs and professionals.

The annual awards program has traditionally been held the day before the Westminster Kennel Club Dog Show to present the awards to the winners of the writing competition. The results are published around the world.

In Memoriam of Mordecai Siegal

Mordecai Siegal, DWAA president from 1994 to 2000 and noted author of 38 pet books, passed away April 2, 2010. Siegal was the recipient of the 2007 DWAA Hall of Fame Award for his decades of devotion to dog writing and the DWAA. He was named the 2000 and the 1994 Distinguished Service Awardee, was the recipient of numerous Maxwell Medallions, and a Lifetime Honorary Board Member. He joined the organization in 1974. In writing about DWAA, he said:

Most of my colleagues are fellow dog writers who belong to the organization nearest and dearest to my heart, the Dog Writers Association of America. If you have a passion for dogs, write a lot, a little, for the love it, or for the hell of it, I invite you to join us at the DWAA. Sometimes we’re good company and sometimes we are irritating beyond belief, but we are always interesting. At DWAA there is friendship to be found, networking to take advantage of, and at important times, a helping hand.

We have 677 guests and no members online