Charlotte Reed, Pet Expert, will join Jon and Talkin' Pets live from Hotel Penn in NYC for the 141st Westmister Kennel Club Dog Show on 2/11/17 at 645 pm EST to discuss the latest in animal care Featured 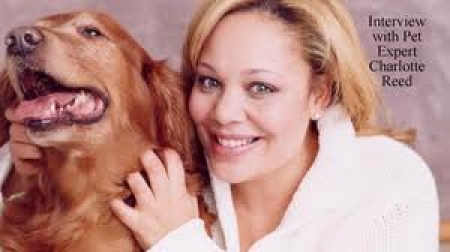 Charlotte Reed is a popular pet expert that routinely brightens up television screens, graces radio waves, appears on best selling authors' lists and can be found lecturing at sold-out seminars.

As the fore-most expert on everything pet related, Reed counts her unique entrance into the pet industry as a source for her excitement, knowledge and dedication. Feeling a bit under the weather one afternoon, Reed decided to cut her day short working as a securities attorney at a Wall Street firm. Upon returning to her apartment, Reed was surprised to find her friendly, male dog walker…wearing an expensive gown and voguing (highly stylized modern dance characterized by photo model-like poses integrated with angular, linear and rigid arm, leg, and body movement) in a full-length mirror as her dogs watched the dance performance for the loft above. It was right then that Reed decided that the care of her Katie and Kidder, two American Cocker Spaniels, was only to be trusted to a genuine pet professional, not a male, Madonna wannabe. After not being able to find one, Reed left her job on Wall Street and founded the ultimate pet care firm, Two Dogs & A Goat Incorporated.

Reed’s story did not end there but has been chronicled in pages of New York Magazine, Smart Money and others. Her story has grown to become a New York City legend. A few years ago, Reed was attending a lavish party at the Gramercy Park Hotel when a well-known agent launched into a crowd pleasing story. Unbeknownst to him it was about Reed’s run-in with the dancing dog walker. Reed promptly offered up a few corrections of the story, shocking both the agent and his entertained audience. When asked how she knew the details, she responded that she was the story’s canine champion. Hence, the laughter never stopped; but, neither has Reed’s pet-friendly career nor has she failed to hear her story told again and again.

From the day of the incident, Reed has advised, suggested and advocated on behalf of pets and their people. Whether it was an famous songstress wanting her Maltipoo styled for a woman’s magazine photo shoot; an owner of a lost pet seeking advice how to find his dog; an award-winning pianist needing expert training tips for his three Labradors; a favorite, court house waitress desiring a solution her cat’s constant scratching; or even, a global pr firm requiring help understanding pet consumer behavior, Reed continues to provide the solution-oriented and cost-effective answers to lead happier and healthier pet lifestyles.

We have 895 guests and no members online