Dave Merrick, President of Neutricks, LLC. will join Jon and Talkin' Pets 10/22/16 at 630pm EST to discuss and give away Neutricks for Dogs & Cats Featured 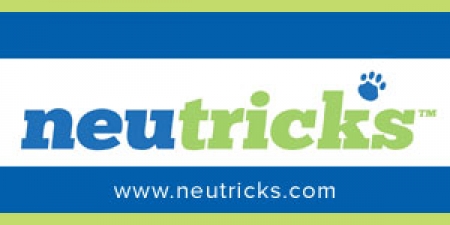 Neutricks and Neutricks for Cats are an exciting new approach to healthy brain aging for the senior pet wellness market.

Based on the success of the protein “apoaequorin” (originally discovered in jellyfish) in canine trials, Neutricks developed two new supplements to support your pet’s cognitive health with a unique approach for both dogs and cats. Neutricks for Dogs has been formulated as a tasty chewable tablet that dogs love. Neutricks for Cats is available in a great tasting fish flavored sprinkle.

Neutricks is focused on the discovery, development and commercialization of novel supplements to provide support during age-related changes in memory, cognitive performance and related issues of aging pets. The Company’s first product, Neutricks brand dietary supplement (apoaequorin), is now available for sale by veterinarians. Neutricks is backed by research that shows it helps support brain cell health.

Just like people, animals can experience mild memory problems associated with aging. A pet that seems strangely distant, confused, or disoriented, may be a candidate. More than 28 million pets (dogs and cats) in the U.S. have canine mild memory issues. Independent research and veterinarian testimonials have reported that Neutricks® has positive benefits on animals with mild memory issues. As veterinary care increases the life span of our pets, the senior pet wellness market will grow. The pet-nutritional market was valued at $2.1 billion dollars in 2007 and 43% of this figure is from the sale of pet supplements alone. Sales of pet supplements are expected to reach $1.7 billion by 2012. There is growing demand for new and effective products to meet the needs of older pets.

Better primary medical care has led to longer-lived dogs and cats, and a subsequent increase in the prevalence of senior mild memory issues. In a study at the University of California-Davis, 62% of 11- to 16-year-old dogs showed signs in at least one category of memory impairment. In a survey of pet owners, nearly half of dogs age 8 and older showed at least one sign associated with mild memory problems. The Veterinary Journal published a recent study of pets seen by veterinarians in whom they estimated that 14.2 percent of older pets presented with mild memory problems yet only 1.9% were addressing the problems.