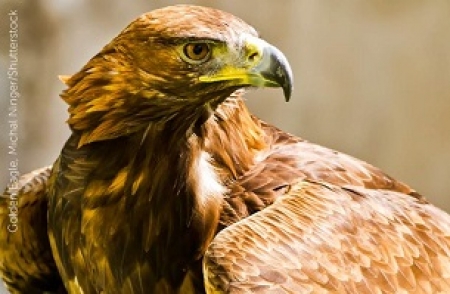 (Washington, D.C., June 23, 2016) A neweagle-management planproposed by the federal government would give wind energy developers 30-year permits to “take” or incidentally kill protected Bald and Golden Eagles, without requiring the industry to share mortality data with the public or take into consideration such critical factors as proper siting. The so-called Eagle Take Rule, proposed by the U.S. Fish & Wildlife Service, puts many thousands of the nation’s protected Bald and Golden Eagles at unacceptable risk.

American Bird Conservancysuccessfully suedthe government over a previous version of the rule, which a federal judge agreed violated federal environmental laws. Unfortunately, the updated rule, open for public comment until July 5, 2016, is as problematic as the previous one.

In alettersent to FWS today, ABC spells out serious concerns about the revised rule. It would increase the number of eagles that can be killed by wind energy and other facilities. It’s based on insufficient data, and doesn’t require energy companies to be transparent about the effects of wind energy on our nation’s ecologically significant birds and bats. The rule doesn’t call for proper siting and regulation of wind energy development. And it allows for 30-year take permits without giving the public and conservation groups a voice in periodic reviews.

All of those flaws will put eagles and other wildlife in serious jeopardy if the rule is adopted. “Eagles are our nation’s symbol and are protected by law,” said Dr. Michael Hutchins, director of ABC’sBird-Smart Wind Energy Campaign. “In the end, the new rule differs little from its previous incarnation and allows wind energy companies to continue to kill our nation’s iconic eagles with little or no consequence.”

FWS has said that the revised rule is meant to entice wind energy companies to apply for permits and adhere to the service’s voluntary wind energy guidelines, since they are not doing so at present. ABC believes adhering to these guidelines should be mandatory, not voluntary.

“Voluntary guidelines for an energy company are much the same as voluntary stops signs for motorists,” Hutchins said. “If the law doesn’t require them to stop, many would ignore signs altogether.”

ABC supports the development of clean, renewable sources of energy such as wind and solar power to address climate change, but believes such development must be done responsibly, with minimal impact on our public trust resources, especially federally protected species such as Bald Eagles and Golden Eagles. When it comes to wind energy, proper siting is the most important consideration. (See our 2016 report on “Ten of the Worst-Sited Wind Energy Facilities for Birds.”)

“Conflicts between wind energy development and wildlife could be easily resolved through better mandatory regulation and enforcement of our wildlife laws, leading to proper siting of these facilities,” Hutchins said.

In its explanation of the new rule, FWS asserts that wind energy and other industries could cumulatively kill up to 4,200 Bald Eagles and 2,000 Golden Eagles every year without reducing their populations. These numbers represent a substantial potential increase in eagle take quotas from those allowed under the previous rule.

“The American people are not going to tolerate large numbers of eagles killed by poorly sited wind energy projects,” Hutchins said. “Nor should they. Eagles are not only our national birds and symbols of our democracy, they are sacred to Native Americans.”

Eagles, especially Golden Eagles, are highly vulnerable to collisions with wind turbine blades, which have tips that can rotate at more than 150 miles an hour. The notoriously poorly sited Altamont Wind Resource Area in California has killed more than 2,000 Golden Eagles since wind turbines first went into operation in there in the early 1980s. In addition, both Golden and Bald Eagles are killed by collisions and electrocution at associated power lines and towers.

The proposed rule is especially worrisome for Golden Eagles. Uncertainty about Golden Eagle populations—especially the small Eastern population of the birds—and the lack of knowledge about their behavior, migratory movements, and habitat use are, in ABC's view, the rule’s biggest weaknesses. FWS itself recognizes that Golden Eagle populations in the U.S. may be declining and that the species does not have the capacity to tolerate any additional, unmitigated mortality.

The rule spells bad news for Bald Eagles as well. Bald Eagles have just recently come off the Endangered Species List and are nowhere near their pre-DDT numbers. As wind turbines go up near freshwater lakes and large river systems and on- and offshore in marine coastal areas, however—all areas heavily used by the birds—Bald Eagle mortality is certain to increase.

The primary beneficiary of the proposed new Eagle Take Rule appears to be the wind energy industry, not our nation’s Bald and Golden Eagles, other native birds, and other ecologically important species such as bats. ABC urges the public and other conservation groups tomake their voices heardbefore the July 5 deadline for public comment on FWS’s revised 30-year Eagle Take Rule.

American Bird Conservancy is the Western Hemisphere's bird conservation specialist—the only organization with a single and steadfast commitment to achieving conservation results for native birds and their habitats throughout the Americas.  With a focus on efficiency and working in partnership, we take on the toughest problems facing birds today, innovating and building on sound science to halt extinctions, protect habitats, eliminate threats, and build capacity for bird conservation.