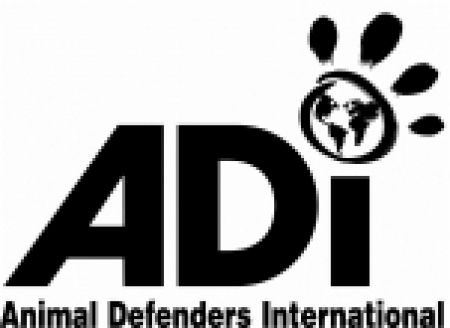 33 lions, rescued from appalling conditions in circuses in Peru and Colombia by Animal Defenders International (ADI), surely cannot believe their eyes this morning as they roared in their first sunrise in the African bush.

A record-breaking cargo flight with all 33 lions on board jetted into Johannesburg on Saturday night. The lions, saved during an ADI mission to help enforce bans on wild animal acts in Peru and Colombia, are now settling into their forever home at Emoya Big Cat Sanctuary, situated on a private estate in Limpopo Province. Many of the lions have been declawed and have broken teeth so would not survive in the wild.

During an 18-month operation in Peru, ADI raided every circus and rescued every animal.  Known as Operation Spirit of Freedom, and also providing support on wildlife trafficking enforcement, 100 animals were saved – most, including bears and six different species of monkeys, were rehomed in Peru.  Nine circus lions were also handed to ADI in Colombia where a ban has also been passed.

A massive ADI relocation effort began on Thursday morning in Bucaramanga in Colombia, with nine lions loaded into travel crates and travelling to Bogota by truck. The same night 24 rescued lions were loaded into travel crates in Peru and taken to Lima Airport.  A huge MD11 aircraft chartered from ethical cargo company Priority Worldwide Services then flew the nine lions from Bogota to Lima where they were joined on board for a trans-Atlantic flight to Johannesburg – not without its problems due to a long delay in Brazil due to a computer problem. The lions were monitored throughout the flight by ADI President Jan Creamer, ADI Vice President Tim Phillips, and ADI veterinarian Eva Chomba. The lions arrived in South Africa on Saturday evening, bellowing out a huge roar that echoed through the aircraft as they touched down. Trucks donated by Ibubesi Transport Logistics then carried the lions to Emoya Big Cat Sanctuary in Limpopo, arriving Sunday morning.

The dawn of a new day marks their first full day of freedom under the African sun and new beginnings for the lions in the natural bush environment they now call home. Returning to the homeland their ancestors had been torn from, the lions can feel the African soil beneath their feet and the sun on their backs, protected within an environment they can be given the care they need. One of the nine lions from Colombia, Iron, was the first of the 33 to step into his forever home, clearly relishing being able to rub up against a tree, another first for the big cats who had formerly lived in cages on the back of circus trucks.

Jan Creamer ADI President:  “Before ADI rescued them, these animals had never felt the grass beneath their feet or the sun over their heads, yesterday they were in the African bush.  This has been a really important mission because it has eliminated circus suffering in Peru, saving future generations of animals.  Getting the animals home has been exhausting and exhilarating.”

Savannah Heuser, founder of Emoya Big Cat Sanctuary: “This is their birth-right. African sun, African night skies, African bush and sounds, clouds, summer thunderstorms, large enclosures in a natural setting where they can remember who they are.  We love being part of the final rescue. Knowing that ADI has changed laws means that wild animals will never again be exploited like this again in Peru and that process has begun in Colombia.”

To familiarize the big cats with their new home, the lions will initially live in “bonding camps” where families will also be reintroduced. Then, over the coming months, the lions will be released into huge habitats with platforms and watering holes, for which donations are being sought as well as the lions’ ongoing care.  www.lionsbacktoafrica.org

ADI has launched an appeal to fund phase two of the lion habitats and to care for the lions for life, which for some lions could be as long as 20 years. http://bit.ly/1TjatPq

The lion flight marked the epic conclusion of the ADI rescue mission in Peru, which TV legend Bob Barker’s DJ & T Foundation helped kickstart with a major donation that enabled ADI to start raiding circuses and removing animals. The cost of the lions’ first class ticket to freedom was funded through an online campaign by ADI and GreaterGood.com, with individuals including Oakland Zoo, Dr. Lo Sprague & Rev. Dr. Gwynne Guibord, Elise Zoli, and the Facebook group ‘Lion Lovers’ stepping in to fund the $10,00 airfare of individual animals.

ADI and Emoya would like to thank the Peruvian Government departments, SERFOR and ATFFS, and Police and in Colombia CDMB, a regional wildlife authority in Bucaramanga for enabling this incredible operation to happen.


About Animal Defenders International
Operating from Los Angeles, London and Bogota, ADI campaigns across the globe on animals in entertainment, providing technical advice to governments, securing progressive animal protection legislation, drafting regulations and rescuing animals in distress. ADI has a worldwide reputation for providing video and photographic evidence exposing behind-the-scenes suffering in the industry and supporting this evidence with scientific research on captive wildlife and transport. ADI rescues animals and educates the public.  www.ad-international.org

About Emoya Big Cat Sanctuary
The Emoya Big Cat Sanctuary is set in 5,000 hectares of pristine African bush on a private estate in Limpopo Province. Opened by Savannah Heuser in 2012 when she was just 16 years old, the sanctuary has a no breeding policy and is not open to the public. https://www.facebook.com/EmoyaBigCats

Worldwide end to use of wild animals in traveling shows:  The evidence that the suffering caused to wild animals by the constant travel, severe restrictions on movement and unnatural lifestyle has prompted authorities and governments around the world to end their use.