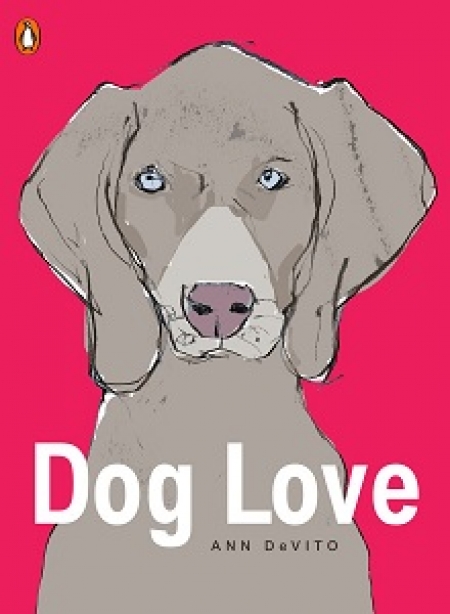 A beautifully illustrated collection exploring the delightful diversity of dogs

“Being in the present moment is the way of dogs—Pets teach love and compassion.”

“If you pick up a starving dog and make him prosperous, he will not bite you. This is the principal difference between a dog and a man.”

“The only creatures that are evolved enough to convey pure love are dogs and infants.”

“All knowledge, the totality of all questions and all answers is contained in the dog.”

From Schnauzers to Chihuahuas, Mastiffs to Maltipoos, crime-sniffing Blood Hounds to chic Bichons, dogs have charmed humans across the world for centuries with their lovable quirks and appealing personalities. Published in time for the 140th Annual Westminster Dog Show, February 15-16, DOG LOVE (Penguin Books Original; Hardcover; On-Sale: February 2, 2016; 9780143107835; $18.00) is a beautiful and engaging collection of artwork and visual typography that explores the delightful diversity of dogs.

Graphic artist and avowed dog lover Ann DeVito brings man’s best friend and their personalities to life with this collection of vibrant illustrations and snappy descriptions that pay loving homage to pups from all walks of life—no pun intended—from sophisticated, recognized breeds to lovable mutts and everything in between.

DeVito would draw daily with her two children. DOG LOVE evolved by drawing the different breeds from The Complete Dog Book, and her children’s love of dogs. Her distinctively bold, whimsical art combined with fun facts and famous quotes results in an elegant book that will delight dog lovers of all kinds.

More in this category: « Arriving early on Digital HD April 1, 2016 Bring it home on Blu-ray™ Combo Pack and DVD on April 5, 2016 Jacquii LLC founder and creator of Woofmints will join Jon and Talkin' Pets 3/5/16 at 635 PM EST to discuss and give away her products »
back to top

We have 285 guests and no members online