Tune in Saturday November 21, 2015 at 630pm EST when David Frei host of The National Dog Show watched by millions on Thanksgiving Day joins Jon and Talkin' Pets to discuss the upcoming event Featured 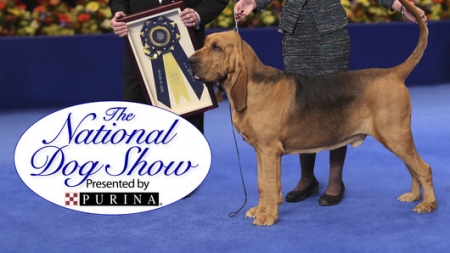 From the Kennel Club of Philadelphia and celebrating America's continued love of man's best friend, "The National Dog Show Presented by Purina" returns for its 14th year on NBC. Hosted by actor, author and Broadway star John O'Hurley, the event features 2,000 of the nation's leading canines from over 170 breeds (including the world's largest, smallest and most exotic) strutting their fur in the hopes of following in the pawsteps of Nathan the Bloodhound, last year's crowd-favorite top dog.

"The Dean" David Frei provides expert show commentary, and Mary Carillo chimes in as an adept sideline reporter for this ultimate canine showdown. But which dogs will have their day, and which will leave with their tails between their legs? After all, there can only be one "Best in Show."

We have 422 guests and no members online