David Frei, The voice of Westminster and co-host of The National Dog Show on Thanksgiving Day will join Jon and Talkin' Pets 11/22/14 at 5 PM EST to discuss the dog show Featured 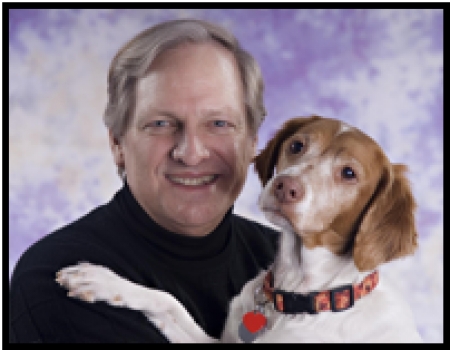 David Frei, one of the most authoritative voices in the dog show world, is a natural choice to serve as the expert analyst for NBC’s The National Dog Show Presented by Purina®.

An American Kennel Club (AKC)-licensed judge who has officiated dog shows all over the world, Frei has hosted USA Network’s coverage of the Westminster Kennel Club Dog Show from Madison Square Garden since 1990 and has a myriad of other television credits.  He has co-hosted the National Dog Show since its inception in 2002.

In 2011, Frei published Angel on a Leash (BowTie Press), which tells of his years of experience and work with therapy dogs. His first book, The Angel By My Side (Hay House), published in 2002 with Mike Lingenfelter, tells the true story of the Delta Society Service Dog of the Year that helped save a man suffering from numerous heart complications. The book claimed two Dog Writers Association of America (DWAA) awards in 2002.

In the dog show world, Frei has enjoyed much competitive success as a breeder/handler/owner of Afghan Hounds and Brittanys.  Despite this competitive success, Frei is most proud of the work that his dogs do in therapy efforts, visiting patients and families at the Ronald McDonald House of New York and at Memorial Sloan-Kettering Cancer Center.

Frei is the Director of Communications for the Westminster Kennel Club, and before that, was the Director of Media Relations for the American Kennel Club. He is the founder and chief executive of Angel on a Leash, a non-profit foundation that facilitates therapy dog visits to patients in hospitals and healthcare facilities around the country. He is a member of the Sports Council for St. Jude’s Children’s Research Hospital in Memphis and volunteers at Transfiguration Church and School in New York’s Chinatown.

Frei has held public relations positions with the Denver Broncos, San Francisco 49ers and ABC-TV Sports in New York. He lives in New York City with his wife Cherilyn, the Chaplain and Director of Family Support at the Ronald McDonald House in New York.

More in this category: « The Christmas Shepherd Lisa Hennessy author of pet recipe books for Hanukkah and Christmas will join Jon and Talkin' Pets 11/22/14 at 530 PM EST to discuss and give away her books »
back to top