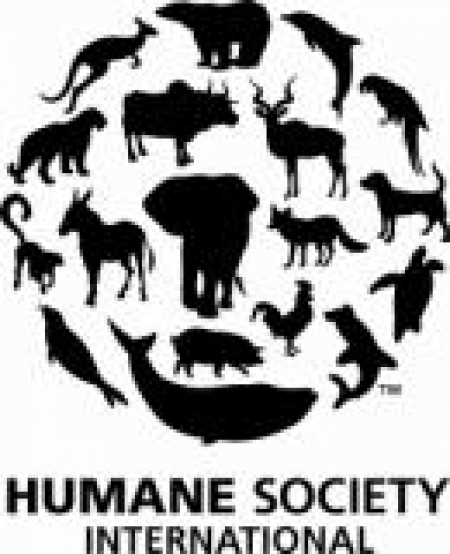 With the addition of Ithala’s population, immunocontraception now is being used to successfully control elephant populations in 19 parks and reserves, including Tembe Elephant Park, (commenced in 2007) and the uMkhuze section of iSimangaliso Wetland Park in South Africa. Another population in KwaZulu Natal—Hluhluwe-Imfolozi Park—also will receive their first vaccination later this year.

In total, four populations will receive three years of treatment under an agreement between Ezemvelo KwaZulu Natal Wildlife, iSimangaliso Wetland Park Authority and Humane Society International. Ezemvelo, HSI and the United States Fish and Wildlife Service are funding the program through the African Elephant Conservation Fund.

Audrey K. Delsink, HSI’s field director of the Elephant Contraception Program in South Africa, said: “We are very pleased to be working with Ezemvelo’s Ithala project. We hope that more elephant managers will fully embrace and use this technology to control elephant population growth in a proactive, effective and humane manner.”

The immunocontraception vaccine contains agents that, when injected into African elephant cows, causes an immune response that prevents eggs from being fertilized. The vaccine is delivered remotely by dart gun, making the technique minimally invasive and eliminating the need for anaesthetization. Immunocontraception is a non-hormonal form of contraception that is based on the scientific principles of immunization through vaccination.

Although elephant poaching and trafficking in ivory severely threatens the survival of African elephants in several African states, in South Africa poaching remains fairly low. The immunocontraceptive program allows elephant populations to be managed humanely, especially in small enclosed parks and private conservancies, to slow their growth rates so as to prevent loss of biodiversity, to maintain ecosystem function and resilience, to reduce harm to human lives or livelihoods, and to avoid compromising key management objectives.

Research conducted over the past 18 years has resulted in a robust body of scientific work demonstrating that immunocontraception is a safe and effective way to control elephant population growth that has no effect on behavior. It is also reversible, allowing managers to fine-tune population growth.

HSI and its affiliate, The Humane Society of the United States, have funded cutting edge research on the use of immunocontraception in African elephants since 1996. Use of immunocontraception is a preferable alternative to other, more expensive, difficult and inhumane population control methods such as culling or capture and translocation which, ultimately, do not solve the problem because populations reactively increase as remaining elephants continue to reproduce.

About HSI: Humane Society International and its partner organizations together constitute one of the world’s largest animal protection organizations. For more than 20 years, HSI has been working for the protection of all animals through the use of science, advocacy, education and hands on programs. Celebrating animals and confronting cruelty worldwide—on the Web at hsi.org.

About Ezemvelo: Ezemvelo is the conservation authority for the province of KwaZulu-Natal in South Africa. The organisation has been in existence for over 100 years and is mandated to conserve and manage the biodiversity of the KZN province. There are 100 protected areas and Ezemvelo strives to provide a high standard conservation and eco-tourism product – www.kznwildlife.com

About iSimangaliso: The iSimangaliso Wetland Park was listed as South Africa’s first World Heritage Site in December 1999 in recognition of its superlative natural beauty and unique global values. Since its inception, 12 years ago the changes affected by the iSimangaliso team have revitalized the tourism industry of the area- www.iSimangaliso.com

More in this category: « Is Your Pizza Topped with Horrific Animal Cruelty? THIRTEEN’s Penguins: Spy in the Huddle, Executive Producer, Nature, Fred Kaufman will join Jon and Talkin' Pets 9/20/14 at 5 PM EST to discuss the upcoming special for TV »
back to top