EIGHT EXTREME SURVIVALISTS. THREE THOUSAND MILES THROUGH THE ALASKA WILD. ONLY THE GEAR ON THEIR BACKS. MISSION: GET OUT ALIVE. Featured 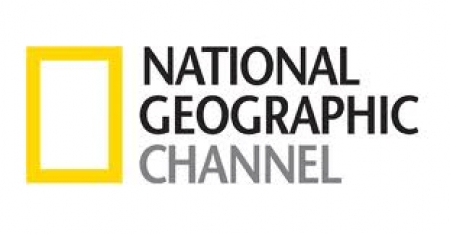 In Ultimate Survival Alaska, National Geographic Channel Presents
an Epic Competition Series
Where the Only Prize Is Survival
“No watch, no GPS, no phone. Nothin'.
Just the wits and the gear on my back.
And that's the way it should be done.”
–Tyler, Survival Expert
Ultimate Survival Alaska Premieres Sunday, May 12, at 10 PM ET/PT
(WASHINGTON, D.C. – April 17, 2013) They are some the toughest, most extreme survivalists that Alaska has to offer. Going head to head, eight men of a rare breed are about to take the ultimate test of survival in Arctic conditions that only National Geographic could inspire. No tent, phone, watch or GPS. Three thousand miles across Alaska’s wild. This is hardcore. This is old school adventure. Now bring it on.
Starting Sunday, May 12, at 10 p.m. ET/PT (before moving to its regular time, Sundays at 9 p.m. ET/PT beginning May 19), go off the grid with Ultimate Survival Alaska, an epic new series that follows these survival experts on a 10-leg expedition in the brutal and dangerous Alaska terrain. The opponents’ only goal is to make it out alive using just the gear they can carry in their packs. (For more information, see www.natgeotv.com and twitter.com/NGC_PR.)
Dropped in the middle of the Alaskan wilderness by bush plane, they have 72 hours to make their way to the finish point for that leg of the expedition. Using raw, mountain-man ingenuity, they’ll navigate through treacherous glaciated river valleys, barren ridgelines and high mountain peaks, battling hunger, hostile predators and perilous weather conditions along the way.
Says Willi, one of the eight explorers, “I've done so many big peaks on basically all the world's continents. I've done six Everest expeditions. All of us that do this sort of thing. At some fundamental level, we’re not normal, well-adjusted, modern civilized human beings. We're all throwbacks. Because modern life is not enough of a test for us.”
Navigating risky routes that traverse some of the most hostile territory on the planet, they’ll rely on hard survival skills passed down through generations. Like the original National Geographic explorers, for those who succeed there is no grand prize, just the well-fought pride of having conquered the grueling challenges that a beastly Mother Nature can throw at them.
Now, meet Alaska’s most formidable challengers:

Dallas Seavey, 26 years old: The youngest person to ever to win the Iditarod, a grueling thousand-mile race across the state of Alaska through some of the world's toughest conditions.
Tyrell Seavey, 28 years old: Like his brother Dallas, he hails from a legendary family, known by many as Alaskan royalty. He has run the Iditarod twice and won the Jr. Iditarod.
Marty Raney, 56 years old: A veteran mountain guide who has led more than 20 expeditions on and around Denali, the highest peak in North America.
Matt Raney, 30 years old: Marty’s son and an expert in survival. He helped build his family home with Marty with nothing but a chainsaw and the logs on their property.
Austin Manelick, 24 years old: Since the age of 5, he has practiced subsistence hunting under the watchful eye of his Alaskan wilderness guide father.
Willi Prittie, 57 years old: A professional mountain guide for almost 38 years, Willi is considered to be one of the leading climbing and logistical experts in the region.
Tyler Johnson, 36 years old: From exploring Kathmandu to climbing 27,000 feet with no oxygen in Nepal, Tyler is fearless.
Brent Sass, 32 years old: He’s done six 1,000-mile dog sledding expeditions for the Yukon Quest, and has guided excursions through any and all of Alaska’s many landscapes.
Missions include:
Arctic Hell: Sunday, May 12, at 10 p.m. ET/PT
Mission: Travel nearly 50 miles in 72 hours from the Brooks Mountain Range, a remote chain that stretches 600 miles from east to west, reaching elevations of nearly 9,000 feet, to Takahula Lake.
The men pick their route: some take the higher land, some follow the river. Expert climber Willi Prittie leads Brent Sass and Tyler Johnson into the high mountains. The bearing they're traveling navigates through rugged peaks, reaching elevations over 4,000 feet. Right from the start, Willi blazes a trail through the high mountains, which exposes them to rugged topography … and wolves. Veteran mountain man Marty Raney is leading his son Matt and survival expert Austin Manelick through the river valley — a direct but treacherous route to the finish — facing 35-degree waters and 15 mile per hour current. Drama ensues when the crew separates in deadly swamp land. Brothers Dallas and Tyrell Seavey navigate a route along the barren ridgeline, traversing wide open terrain with little cover. These born racers are determined to be the first to arrive.
River of No Return: Sunday, May 19, at 9 p.m. ET/PT
Mission: Travel nearly 200 miles in 72 hours down the Yukon River, including a treacherous stretch of rapids.
The men are divided into two groups, building two competing rafts. Mountain man Marty Raney is ready to take charge, building a colossal raft weighing in at nearly 2 tons which he hopes will be sturdy enough to beat the rapids. After spending five hours on construction, the five-man crew get on their way, but hunger starts to take its toll. Dallas Seavey, his brother Tyrell and survival expert Austin Manelick are meticulously engineering a smaller raft that’s speedy and maneuverable to tackle the turbulent Yukon. Tyrell makes a homemade fishing net to get some food. But a partially submerged sandbar and water and rocks tearing at their raft make the crew struggle.

Into the Void: Sunday, May 26 at 9 p.m. ET/PT
Mission: Travel 25 miles through the snow-capped peaks of the Tordrillo Mountains, over 72 hours.
Helicopters leave the eight explorers on a snow-capped summit. The men split into three groups and approach a 300-foot cliff one team at a time, rappelling down in high winds and low visibility. The men must descend a ravine, and then traverse eight miles of the Triumvirate Glacier. Austin and Tyler circumvent the glacier, traveling along the mountain ridgeline. Mountain man Marty Raney, his son Matt and Brent Sass take a low elevation route and are the first to cross the glacier. Expert climber Willi Prittie and the Seavey brothers navigate far from the icebergs, fighting across 33-degree river water. In Strandline Lake, with 11 miles to go, Tyler and Austin are the last crew to arrive, and Austin's showing signs of hypothermia.
Ultimate Survival Alaska is produced by Brian Catalina Productions for the National Geographic Channel. For Brian Catalina Productions, Brian Catalina is executive producer. For National Geographic Channel, executive producer is Robert Palumbo; Senior Vice President of Programming and Development is Alan Eyres. Executive vice president of programming is Michael Cascio; and president is Howard T. Owens.
# # #
National Geographic Channels
Based at the National Geographic Society headquarters in Washington, D.C., the National Geographic Channels US are a joint venture between National Geographic and Fox Cable Networks. The Channels contribute to the National Geographic Society’s commitment to exploration, conservation and education with smart, innovative programming and profits that directly support its mission. Launched in January 2001, National Geographic Channel (NGC) celebrated its fifth anniversary with the debut of NGC HD. In 2010, the wildlife and natural history cable channel Nat Geo WILD was launched, and in 2011, the Spanish-language network Nat Geo Mundo was unveiled. The Channels have carriage with all of the nation’s major cable, telco and satellite television providers, with NGC currently available in 84 million U.S. homes. Globally, National Geographic Channel is available in 440 million homes in 171 countries and 38 languages. For more information, visit www.natgeotv.com.

More in this category: « National Pet Week May 5 – 11 ASPCA Urges Vermont Governor to Sign Puppy Mill Bill »
back to top

We have 417 guests and no members online