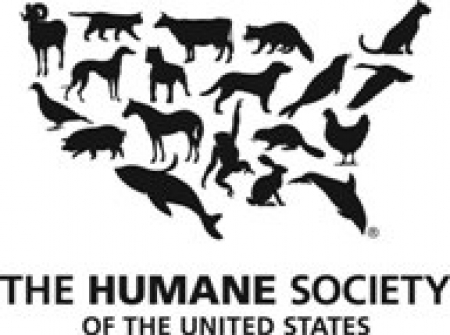 (July 9, 2012) -- The Humane Society of the United States released a report calling on the American Kennel Club to reverse course and support efforts to protect dogs from the worst abuses at puppy mills. The report also criticizes AKC for pandering to the interests of large-scale, commercial breeding facilities rather than serving smaller-scale, high-quality breeders who make up the majority of AKC.

The report notes that numerous puppy mill operators who have been charged with animal cruelty have been selling AKC registered puppies and some of them even passed AKC inspections.

“The American Kennel Club bills itself as ‘The Dog’s Champion,’ but our report shows a pattern of activity that is entirely at odds with that self-description,” said Wayne Pacelle, president and CEO of The HSUS. “The AKC has opposed more than 80 bills and proposals in the last five years that would have implemented common-sense, humane standards of care at large-scale breeding facilities. We are shocked that a group that should be standing shoulder to shoulder with us is constantly lined up with the puppy mill industry.”

The report is based on information uncovered during HSUS-assisted raids of puppy mills, AKC “alerts” sent to breeders, materials published on AKC’s website, and AKC’s lobbying activities over the past five years.

While the AKC does have beneficial programs such as an annual Responsible Dog Ownership Day and AKC Companion Animal Recovery disaster relief assistance, these make up just a tiny percentage of AKC’s annual outlays. Therefore, the report calls on AKC to distance itself from the large-scale, commercial dog-breeding industry and return to its original focus of representing small, premium, responsible breeders who belong to national breed clubs, participate in dog shows and other events, and have the welfare of their dogs as their top priority.

The report comes a week before the close of the public comment period on the USDA’s retail pet stores rule, a rule designed to ensure that large-scale puppy producers like this one who sell animals online or by mail or phone sight-unseen be regulated just like the producers who sell to pet stores. Concerned citizens can voice their support for the rule at humanesociety.org/usdapuppymills.

Follow The HSUS on Twitter. See our work for animals on your Apple or Android device by searching for our “HumaneTV” app.

The Humane Society of the United States is the nation's largest animal protection organization — backed by 11 million Americans, or one of every 28. For more than a half-century, The HSUS has been fighting for the protection of all animals through advocacy, education and hands-on programs. Celebrating animals and confronting cruelty — on the Web at humanesociety.org.

More in this category: « Take the Total Rekall Experience Cheetah Couple Retires to Naples »
back to top