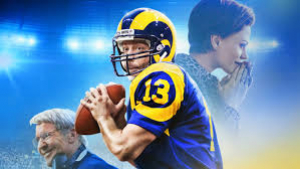 Lionsgate, City on a Hill Productions and Kingdom Story Company present a PG, 112-minute, Biography, Sports, Drama, directed by Andrew Erwin & Jon Erwin, screenplay by David Aaron Cohen and based on the book “All Things Possible” by Kurt Warner and Michael Silver with a theater release of December 25, 2021. 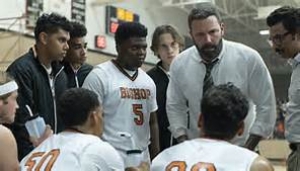 New York, NY – The American Kennel Club (AKC®), the world's largest dog registry and leading industry authority and advocate for dogs, is pleased to announce that 23 exceptional students from 16 states have been awarded the American Kennel Club (AKC®) Junior Scholarship for 2018. The scholarships are offered to high school, college and graduate school students, and range from $500 - $2,000.

“These young men and women are dedicated not only to the sport of purebred dogs, but to their academics as well,” said Mari-Beth O’Neill, VP Sport Services. “It gives us great pleasure to reward these students with our AKC Junior Scholarships. We wish them the best of luck in their future endeavors in their studies and involvement with dogs and The American Kennel Club.”

Applicants are evaluated based on academic performance and involvement in AKC events. They are required to submit documentation that they are members of a club and have volunteered to work, as well as an essay on how the applicant has been involved with providing education about purebred dogs within their school and/or community.

This years’ recipients are a diverse representation of the canine sport. They have accomplished a great deal in the dog world and participate in many sports, including conformation, agility, hunt tests, obedience, and more. These young men and women plan to continue in the sport, as well as judge and continue their families’ breeding programs. 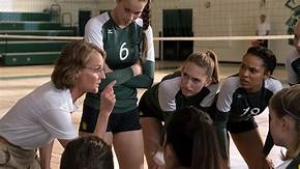 Review written by Jon Patch with 1.5 out 4 paws 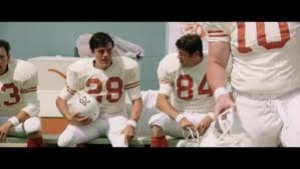 BARKER BOWL KICKS OFF AT MORRIS ANIMAL INN ON JANUARY 28

MORRISTOWN, N.J., January 21, 2014--The "Big Game" is coming to New Jersey and Morris Animal Inn is celebrating with a football game of its own for Fido. The Barker Bowl will be celebrated on Tuesday, January 28 and will feature a four-legged lineup of jersey-clad canine athletes ready to play for a paws cause. Kickoff is at 10 a.m.

A portion of the proceeds from the Barker Bowl will benefit the Animal Welfare Federation of New Jersey (AWFNJ). Incorporated in 1995, the AWFNJ acts as a unifying voice for the animal protection community. The AWFNJ advocates on animal welfare legislation; encourages the enforcement of animal cruelty laws; conducts programs to elevate the quality of care for animals.

Game Day festivities will include:

To reserve your dog’s spot in the line-up, call 973-539-0377 ext. 5. Reservations must be made in advance and are $59 for the entire day. For information, visit www.morrisanimalinn.com.

Warner Bros. Pictures and Legendary Pictures present a film based on a true story, PG-13, approximately 120 minute, sport, biography, drama, directed and written by Brian Helgeland with a theater release date of April 12, 2013.

THE BIGGEST SUNDAY IN ALL OF SPORTS HAS A BRAND NEW TRADITION! HALLMARK CHANNEL’S ‘KITTEN BOWL’ 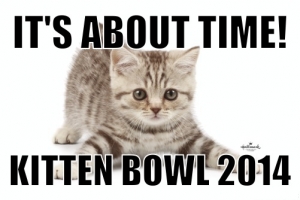 Attention, sports fans! Hallmark Channel announces a brand new tradition that is sure to become the most talked about big game on television! On Sunday, February 2, 2014 (12:00 p.m.-9:00 p.m. ET/PT), Hallmark Channel opens its stadium doors to the greatest feline showdown in cable television history, “Kitten Bowl,” a three-hour Hallmark Channel Original Special featuring the world’s most adorable – and adoptable – kittens in the mother lode of cat agility competition. The special, which will be presented annually, is supported by the network’s animal welfare partner, American Humane Association, and is just one of many high-profile commitments the company has made to its evergreen Pet Project initiative. With American Humane Association, Hallmark Channel’s in-house production team will scour rescue associations and shelters searching for kitty competitors whose enduring prize will be a loving, forever home. “Kitten Bowl” is a bonanza of opportunity for Ad Sales and product integration and will feature a live streaming internet channel to catch every delightful, charming, or inspirational moment. Suiting up as judges, referees, and sideline trainers will be Hallmark Channel’s top tier Original Movie talent. And, in a first for the network, viewers at home will vote in social media for the MVK – Most Valuable Kitten.

“Creating another programming event to reinforce Hallmark Channel’s Pet Project, our corporate pet adoption and safety initiative, enhances the profile of the plight of shelter animals in our country while providing fun, family-oriented entertainment to our viewers. We are very proud of our association with American Humane Association and their support of our work in this area,” said Bill Abbott, President & CEO, Crown Media Family Networks, home of Hallmark Channel and Hallmark Movie Channel.

The agility competition will consist of a basic obstacle course of hurdles of varying heights, A-frame Alpine Scratchers, tunnels, hoop jumps, and weave poles. Lures, like laser pointers, and toys on a string will be used to get the kittens through the course, but food will not allowed. Cat agility competitions, which are modeled after the equestrian sport of show jumping, normally include rules which state that cats must complete a course in under 270 seconds, completing each obstacle in a prescribed manner. In a typical feline agility contest, a cat would complete between six and fourteen obstacles, with winning cats completing the course in ten seconds or less. In “Kitten Bowl,” however, the competitors are kittens and any form of cuteness is the key to the game.

Hallmark Channel, owned and operated by Crown Media Holdings, Inc., is a 24-hour basic cable network that provides a diverse slate of high-quality entertainment programming available in high definition (HD) and standard definition (SD) to a national audience of 87 million subscribers. Hallmark Channel is the nation’s leading destination for quality family programming with an ambitious slate of original TV movies and specials, as well as some of television’s most beloved sitcoms and series, including The Golden Girls, Frasier, and Happy Days. The channel is also home to a range of lifestyle programming, anchored by Home & Family, a daily two-hour live show shot in a fully functional house located on the Universal Studios lot, and Marie, a one-hour talk show hosted by iconic entertainer, Marie Osmond. Hallmark Channel's sibling network, Hallmark Movie Channel, also available in HD and SD, focuses on family-friendly movies with a mix of original films, classic theatrical releases, and presentations from the acclaimed Hallmark Hall of Fame library.

Dan Wehr founder of the SportAquarium will join Jon and Talkin' Pets Saturday at 6:30 PM EST to discuss and give away his sportaquariums 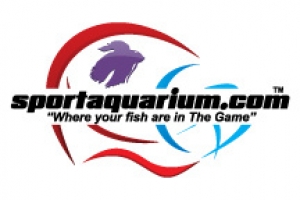 sportaquariums and its product lines are all high quality and painstakingly designed for maximum enjoyment for many years.

Each Sportaquarium comes with a 30 day, money back guarantee.  If you are not satisfied with your purchase, please contact us.  We make this offer because we are confident that you will enjoy your Sportaquarium for many years to come!

Sportaquarium Figurine Sets come in sets of three.  Each figurine molding was designed by hand and special attention was given to lifelike detail.  The facial expressions are realistic, the grooves on the balls are just like the real deal and figurines are made of durable and waterproof materials.