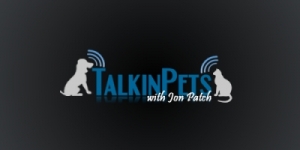 And the winners for raising awareness of animal protection issues are…

Universal Picture’s “Big Miracle” received best Feature Film for its inspiring true story about international efforts to save a family of trapped whales, Comedy Central’s “The Colbert Report” picked up the Sid Caesar Comedy Award for its biting satire of a Congressman’s defense of dogfighting, and NBC’s “Harry’s Law” won the Dramatic Series Award for a thought-provoking storyline questioning the ethics of keeping primates in captivity. Best TV Documentary went to Discovery’s “Ivory Wars” for a penetrating look at the alarming escalation in elephant ivory trade, and the best TV Newsmagazine Award was shared between NBC’s “Rock Center with Brian Williams,” for in-depth reporting on endangered orangutans and rhinos and the issue of chimps in research, and ABC’s “Nightline” for an investigation into the shocking abuse of Tennessee Walking Horses by one of the industry’s best-known trainers.

“We are so grateful to the news and entertainment media for keeping animal protection issues firmly in their view in genres as diverse as comedy programming and documentaries. Concern for the welfare of animals has universal audience appeal, and since so much of what negatively impacts animals occurs out of sight, it’s important that these issues remain in the media spotlight,” said Beverly Kaskey, senior director of HSUS’ Hollywood Outreach program and executive producer of The Genesis Awards.

“Cheetahs on the Edge” by Roff Smith

“Law of the Land” by Anees Jillani, with commentary by Syed Rizvi

Subscribe to Wayne Pacelle’s blog, A Humane Nation. Follow The HSUS on Twitter. See our work for animals on your iPhone by searching “HumaneTV” in the App Store.

The Humane Society of the United States is the nation’s largest animal protection organization, rated the most effective by its peers. Since 1954, The HSUS has been fighting for the protection of all animals through advocacy, education and hands-on programs. We rescue and care for tens of thousands of animals each year, but our primary mission is to prevent cruelty before it occurs. We're there for all animals, across America and around the world. Celebrating animals and confronting cruelty -- on the Web at humanesociety.org.

SAN FRANCISCO, CA  The San Francisco Zoological Society is delighted to announce the birth of a Sumatran tiger cub on Sunday, February 10 at 1:29 p.m. to parents Leanne and Larry. Mother and cub are bonding in the Lion House, which is closed to the public until further notice. The cubs gender is unknown until its first wellness examination to be conducted during the next two weeks.

We are thrilled with this birth, said Tanya Peterson, executive director and president of the San Francisco Zoo. Sumatran tigers are a critically endangered species and the population in the wild is estimated at less than 400 which makes every birth is so impactful for these beautiful animals. Leanne is an experienced mother and everything went beautifully.

What makes this birth even more notable is the participation of Leanne in her prenatal care. As part of the SF Zoos ongoing wellness program, Leanne is one of the few tigers in the world trained to receive examinations and prenatal sonograms while awake. The Zoos carnivore team of curators, keepers and veterinarians created a special examination bench that allows Leanne to receive medical evaluations and examinations without the need for general anesthesia. Through this set up and with extensive training and food rewards, Leanne received a weekly prenatal ultrasound, and is also trained for injection, vaccination and weight procedures. It is so much better for the animal not to have to be sedated for these procedures, explains Curator of Carnivores and Primates Corinne MacDonald. Many animals have adverse reactions to the anesthesia, which can be worse than the actual procedure. Leanne was a great student  she learns fast and was very willing to participate in her own care.

Leanne is a nine and a half-year old female Sumatran tiger. She came to the SF Zoo from the San Antonio Zoo in 2006. This birth is her second litter; her first was in 2008 when she gave birth to three males, who were transferred to other zoos to participate in the Association of Zoos and Aquariums Species Survival Plan. Leanne is named for the late Leanne Bovet Roberts, a former SF Zoo trustee and very generous donor and supporter of animal care organizations.

Larry is a six-year old male Sumatran tiger that came to the SF Zoo in 2012 on breeding loan from the Audubon Zoo in New Orleans, with a stop at the Jackson [Mississippi] Zoo in between. This is the first litter he has sired. He is named in honor of Lawrence Hauben, the late husband of SF Zoo donor Margaret Hauben, who always signed his correspondence, Love, Larry the tiger.

The Sumatran tiger (Panthera tigris) is classified as Critically Endangered by IUCN and is on Appendix I of the Convention on International Trade in Endangered Species of Wild Fauna and Flora (CITES). The greatest threat to survival is destruction of habitat, followed by poaching. Currently the wild Sumatran tiger population is estimated at less than 400.

From the island of Sumatra, off the Malaysian Peninsula, these terrestrial and nocturnal cats inhabit evergreen, swamp and tropical rain forests as well as grasslands. As the smallest of the remaining subspecies of Panthera tigris, the Sumatran tiger is particularly well suited for life in the deep jungle. The fur on the upper parts of its body ranges from orange to reddish-brown, making it darker in color than other tigers. This helps it to hide within its heavily wooded forest habitat. Also unique to this subspecies are distinctly long whiskers, which serve as sensors in the dark, dense underbrush. Males weigh between 200-350 lbs., and females between 180-300 lbs., with a head to body length of 7.2 - 8.9 feet, and a tail length of 2-3 feet. In the wild, the carnivorous Sumatran tigers eat mainly wild pigs and sambar deer. While at the Zoo, the tigers receive fortified horsemeat, chicken and rabbit. Sumatran tigers are usually solitary and prefer to live alone, except for courting pairs and females with young. Females are sexually mature between 4-5 years and give birth every 2-2.5 years. After a 102-112 day gestation, a typical litter of 3 or 4 is born.

Until recently, there were nine subspecies of Panthera tigris. Three subspecies, the Caspian, Bali and Javan tigers, were deemed extinct between the 1940s and 1970s. Estimates to the six remaining subspecies in the wild are as follows (according to IUCN Redlist): Bengal 1,706, Indochinese less than 2,500, Sumatran less than 400, Amur (Siberian) 360, Malayan less than 750, and the South China tiger is thought to be already extinct in the wild. These remaining subspecies are either listed as endangered or critically endangered.

The mission of the San Francisco Zoo is to connect its visitors with wildlife, inspire caring for nature and advance conservation action. Nestled against the Pacific Ocean, the San Francisco Zoo is a 99-acre urban oasis. It is home to nearly 700 exotic, endangered and rescued animals from all over the world and lovely peaceful gardens full of native and foreign plants.

The majestic African Savanna offers a multi-species landscape with giraffes, zebras, kudu, ostriches and more. At Grizzly Gulch visitors can get nose-to-nose with rescued grizzly sisters Kachina and Kiona. Lemurs leap through Lemur Forest, the largest outdoor lemur habitat in the country. Penguin Island is home to the largest colony of Magellanic penguins outside of the wild. The Zoos troop of gorillas lives in the lush Gorilla Preserve. Farm animals for feeding and petting can be found in the popular Fisher Family Childrens Zoo. The historic 1921 Dentzel Carousel and 1904 miniature Little Puffer steam train are treasured by generations of visitors. The San Francisco Zoo offers a rich history for its guests, including fun rides, educational programs and exciting events for children of all ages.

We have 321 guests and no members online